So here it is! Our live music line up announced for Friday 19th & Saturday 20th October, at the Finders Keepers Melbourne Markets! We have 2 days of an array of wonderful live music arranged. The live music is FREE for everyone to enjoy. Check out the below for the line up and some snippets of the bio’s of some featured musicians.

Friday 19th October:
6.45pm: The Tiger and Me
8pm: Judge Pino and The Ruling Motions
9.15pm: Jemma and the Wise Ambitious Men 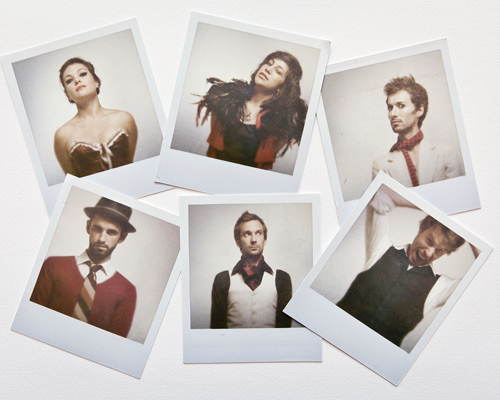 The Tiger and Me (Four|Four)
Melbourne sextet The Tiger & Me weave a rare mixture of styles and sounds as three lead vocalists exchange and merge tunes from whispered ballad to fevered maelstrom, from charming pop to explosive, dirty rock.
In 2012 they signed to ABC Music’s imprint label “Four|Four” (Tim Rogers, Boy in a Box), before collaborating with ARIA-nominated producer Steven Schram (Little Birdy, The Cat Empire, Little Red) to create their second full-length album, The Drifter’s Dawn.
The Tiger &Me’s ascension to prominence commenced with the release of their critically-lauded debut album From a Liar to a Thief in 2010, which in turn led to breakthrough appearances at Port Fairy and Apollo Bay Music Festivals. 2011 left no rest for the wicked as they toured Australia whilst releasing two EPs of a planned 3-part series, The Howling Fire and The Silent City. The series reaches a climactic conclusion with the new album The Drifter’s Dawn.
The Drifter’s Dawn will be released by ABC Music’s Four | Four on October 19, 2012.
“As fun as it all is, the Tiger & Me is a band of emotional breadth and it shifts effortlessly through the gears from brass-bright exuberance, ambivalent, Gypsyish energy and a delicate-to-the-point-of delicious sombreness.” 4 Stars THE AUSTRALIAN 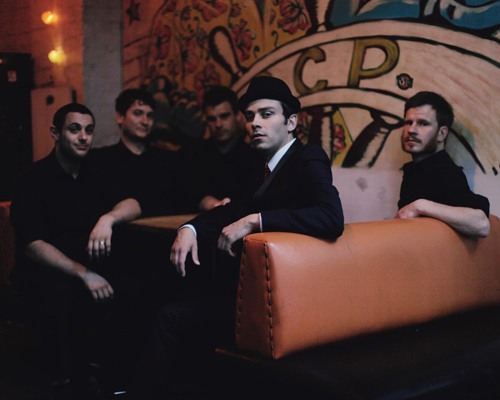 Judge Pino and The Ruling Motions
Moving and stirring audiences everywhere they go, JUDGE PINO & THE RULING MOTIONS are a living tribute to the greats of 1970’s Jamaican reggae. Whilst versioning and covering classic 1970’s lover’s rock, early dancehall and rockers reggae tunes in their own genuine style, they create a retro-phonic space filled with rhythm and sound that will move everybody into a dance.
Venezuelan born Rodrigo ‘Judge’ Pino is a true veteran of Melbourne’s Reggae, Ska and Rocksteady music scene. He is the former leader of Melbourne’s premier Rocksteady outfit ‘The Moonhops’ and currently plays a strong role in the Melbourne Ska Orchestra with whom he has recently toured to Chile and performed at Bluesfest 2011. He is a leading figure in the scene and is utterly obsessed with recreating that vintage genuine reggae sound. Judge Pino turns the audience into a frenzy every time he hits the stage with irresistible antics all the while directing a tight band.
Rodrigo Pino formed his backing band The Ruling Motions together with Jamie Selby, also known from The Moonhops. Jamie’s piano, organ and melodica skills are well recognized and enjoyed by all, leaving everyone crying out for more. Both men have recruited three well versed musicians: Gareth Eunson on second guitar, James Thompson on bass and Steven Dupon on drums. The Ruling Motions were formed mid-2010 and spent the latter half of the year purely dedicated to honing and understanding the original reggae styles. 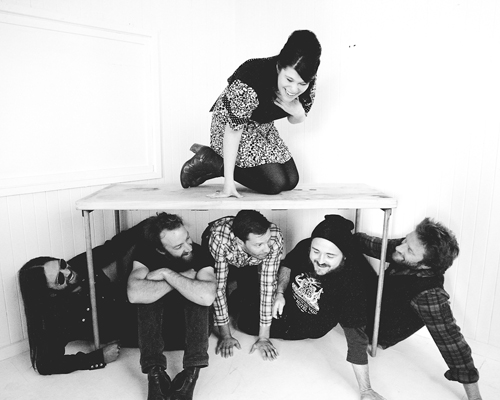 Jemma and the Wise Ambitious Men
Jemma and the Wise Young Ambitious Men have been around a short while, with a mighty large name.
Forming a band on a whim to support Nashville’s Jasmin Kaset’s Jemma Rowlands reached into her deep bag of musical connections and pulled out an assembly of men who were both wise, young and ambitious.
The one off show of reworked forgotten country classics opened the door to a slew of residencies and the band set about penning their own brand of lost in time country tunes. With whispers of Lorretta Lynn, Buck Owens and the Carter Family,
Jemma and her eight piece band The Wise Young Ambitious Men swoon stories of discarded clothes, dangerous haircuts and trespassing lovers. 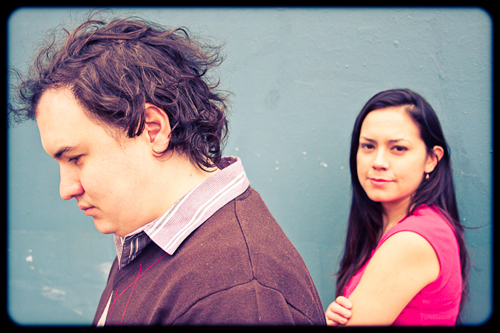 Baby Drivers
Mr Auteri & Ms White have been sharing their dreamy pop songs and evocative harmonies with Melbourne since 2004. Named appropriately after a Simon & Garfunkel song, the Baby Drivers are steadily making their mark on the small bars and hidden laneways of the city.
The two met in 2000 whilst studying performing arts together. Rhys Auteri had been writing songs since he was very young, his stay-in-your-head melodies inspired by outfits like The Zombies, The Kinks and Simon & Garfunkel. He has been performing around town as a solo artist since 2004.
Monica White was a relative newcomer to songwriting, but had a rich history of music in her Peruvian roots. Monica’s mother Charo White was a prominent bossa nova musician for many years, while her cousins also play around Melbourne as part of outfits Melodie del Rio and The Sound Particles. Monica’s poetic and playful lyrics, combined with her soulful voice are reminiscent of artists like Angie Hart and Sarah Blasko.
The pair soon discovered their shared passion for music, and the Baby Drivers were born. They are currently working on an EP to be made available at performances. 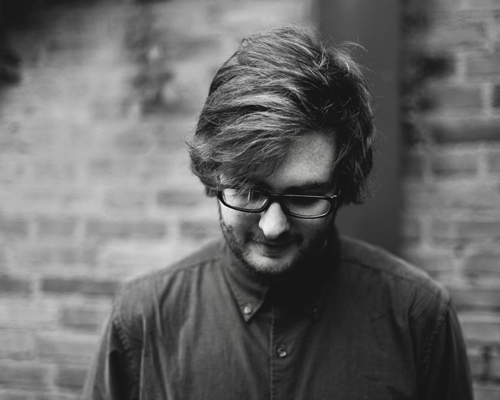 The Townhouses (Yes Please)
“The Townhouses is a kaleidoscopic adventure of worldly sounds, viewed through a contemporary lens. The misleading solo project of Melbourne artist Leigh Hannah casts a wide net of influences. The sound is based on Leigh’s obsession with Ethnomusicology. He wistfully mixes Tropicalia, Gamelan, African and Ambient soundscapes to create an experimental collage of breezy summer vibes.
The Townhouses album, Diaspora will be released this November through Yes Please Records. Highlighting an evolution of sound and mixed by Nick Huggins (Mick Turner, Oscar + Martin, Otouto) the album features collaborations with Italy’s Giorgio Tuma (Elefant Records), Guerre, Wintercoats, Rainbow Chan and Felix Weatherbourne.
Looking backwards, The Townhouses has just wrapped up a European tour, playing shows all across the continent. This also included supporting Dent May in Paris and performing at Torstrassen Festival in Berlin. Back on home soil he’s supported School of Seven Bells, Toro Y Moi, Sun Araw, Prince Rama, Seaworthy, Pantha Du Prince and many more. He also performed at the 2011/12 Peats Ridge Festival in NSW and has remixed Geoffrey O’Connor, Alpine, Fishing and Guerre.”

All releases can be downloaded for free a www.thetownhouses.bandcamp.com
www.soundcloud.com/thetownhouses

Fox + Sui (Two Bright Lakes)
Fox + Sui are Andras Fox and Sui Zhen, two musicians who share a love of early electronic music and pacific ambience. Their new single ‘Summer Storm’ is a lo-fidelity collaboration that begins with the sound of water lapping against the mixing desk.
Fox + Sui met in 2010 as participants at the Red Bull Music Academy in London. Respective solo releases in 2012 quietly announced Sui Zhen as a songwriter with a knack for improvisation and experimentation within traditional structures, and Andras Fox as an electronic musician who negotiates a range of moods, tones and wood panelled instruments with finesse.
As a duo Fox + Sui fold together a sophisticated selection of shared influences including James Pants, Antena and Arthur Lyman. They create their own brand of dream pop that toys with traditional pop sensibilities and finds understated revelry in the details. Theirs is sound that incorporates the knowing naiveté of folk art and the simplicity of garage electronica. 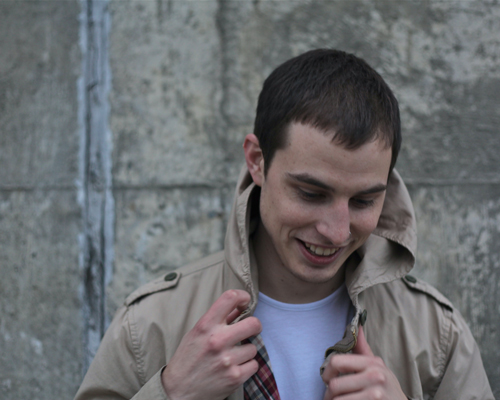 Flash Forest (Apollo)
Immersed in an ever evolving beat scene, Flash Forest is Melbourne based musician and producer, Sam Maguire. Having always found a retreat in writing music and drawing on influences from Prefuse 73 to The Album Leaf, he has spent almost a decade experimenting with digital compositions in the solitude of his bedroom. The product is a melodic and soulful approach to hip hop that combines dark undertones with body moving beats, inspiring a fresh take on melancholic slow jams. Crafting funk inspired bass lines that subtly caress loose synths, Flash Forest brings a progressive new energy to the beat maker movement. With a string of online releases and remixes, Flash Forest has received praise for his diverse range in digital production while maintaining a sound that is distinctly his own. Flash Forest’s debut single, “Blaze One For The Nation” will launch from R&S Records’ sister label, Apollo in the near future.