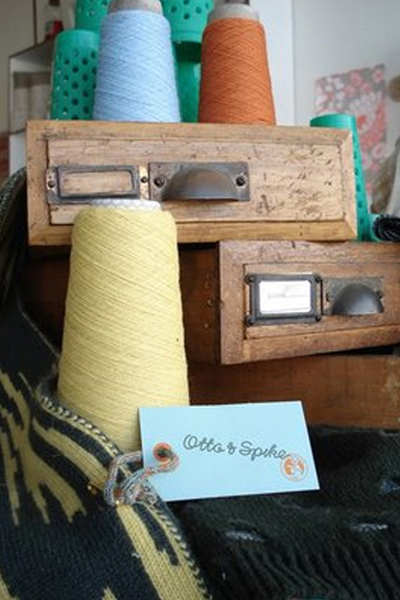 FK talks to Alasdair, designer of Melbourne based knitwear label Otto and Spike

Otto and Spike has been going for many years. Can you tell us the story behind it?
Otto and Spike was born five years ago. Our family business (LMB Knitwear) had been producing knitwear in Brunswick for forty years. Back in the day we made products for everyone from Portmans, Country Road, Stussy, Nike and Addidas to Princess Tina (Beci Orpin), Schwipe, and other smaller independent designers. We knit the AFL Grand Final scarf each year too. We figured with all the experience we’ve had that we should start something of our own and so we ploughed all of what we knew into Otto and Spike.

What are your backgrounds and what lead you to where you are today?
It’s a family business and Otto and Spike are Anthony’s two kids. Anthony and his dad Les have been working together in the business for over 20 years. There experience in producing knitted hats and scarves, particularly for the surf, street and sports industry in the 90’s paved the way for developing O&S. 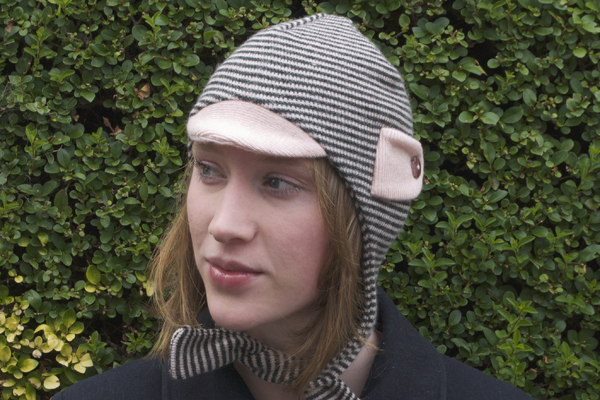 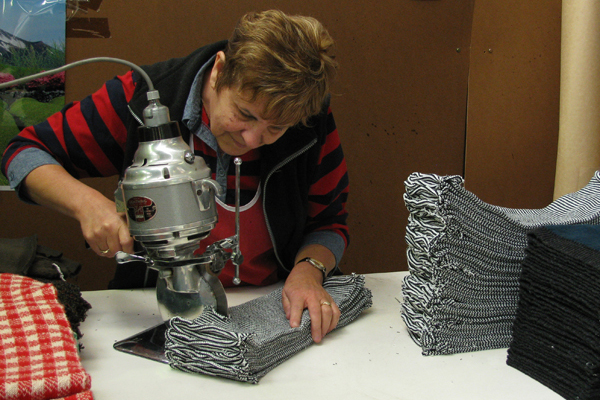 Tell us more about the collaboration you did last year which ended up at L’oreal Fashion Week.
Over the years both Anthony and I have known loads of talented people who design across different areas from graphics to clothing and art. We wanted to broaden the voice of the brand and so we thought it would be fun to involve other designers. Up until then I’d done most of the designing. In the range prior we had two RMIT fashion program students do a design capsule with us as industry placement. The result was that one of the pieces (design by Rachael Krousssoratis in conjunction with Anthony’s dad Les) became one of our best selling styles (the Tube scarf). This paved the way for considering the collaborative design process as the centrepiece concept for last years range.

To give the collaborative process a concrete touch point for the designers and the public we decided to create an exhibition about the process for the LMFF. This involved creating a panel for each designer showing how we worked from their drawings to the finished product. This was told using test swatches and blankets that normally would discarded. A lot of design these days involves ‘product development’ – a designer sends a drawing to factory – they make a product based on the design and eventually after a series of samples goes backwards and forwards between the factory and the designer it is approved. We wanted to highlight the skill of our staff in making this possible.

To complete the project we asked a young film maker (Ruby Mackinnon) and photographer (Cassie Hardy) to style and shoot the designs using their friends as models – the results hung alongside the panels in the exhibition and became our key product shots for the season. And to top it off O&S was accredited with Ethical Clothing Australia so they shared the gallery space for one night with us and held a forum, ‘Growing Ethical Fashion’ with our exhibition as a backdrop and an example of what ethical fashion might look like. Phew! 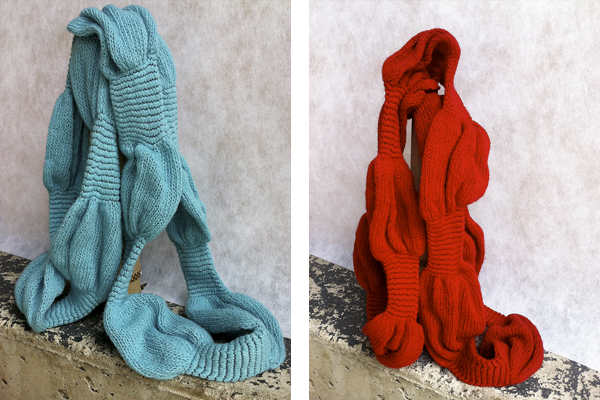 What do you love about working with wool?
Wool is an incredible fibre that can take many forms. It is flexible, breathable, resilient and hard wearing. I love the way when you knit a design with wool that the negative spaces between the stitches become just as important as the material itself.

What new things can we look forward to this year from Otto and Spike?
Glad you asked that – because this is a big year for new things. We’ve launched our homewares collection, kids stuff and extended our cycle specific range (more for the tweed rider than the lycra lads). We’ve been working on these areas for up to three years and finally we felt that we were ready to make the leap.
You can take a sneak peek at the new collection on our Flickr page – it’s not flash – but you’ll be able to see our new range of styles that will be in store mid April. 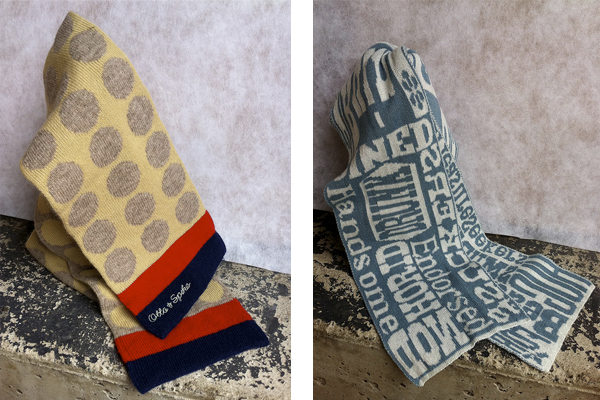