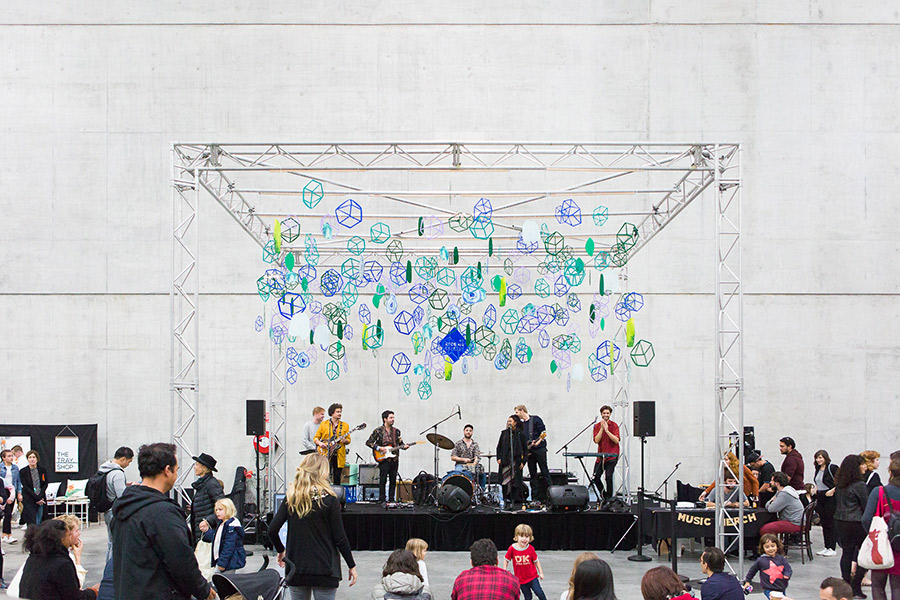 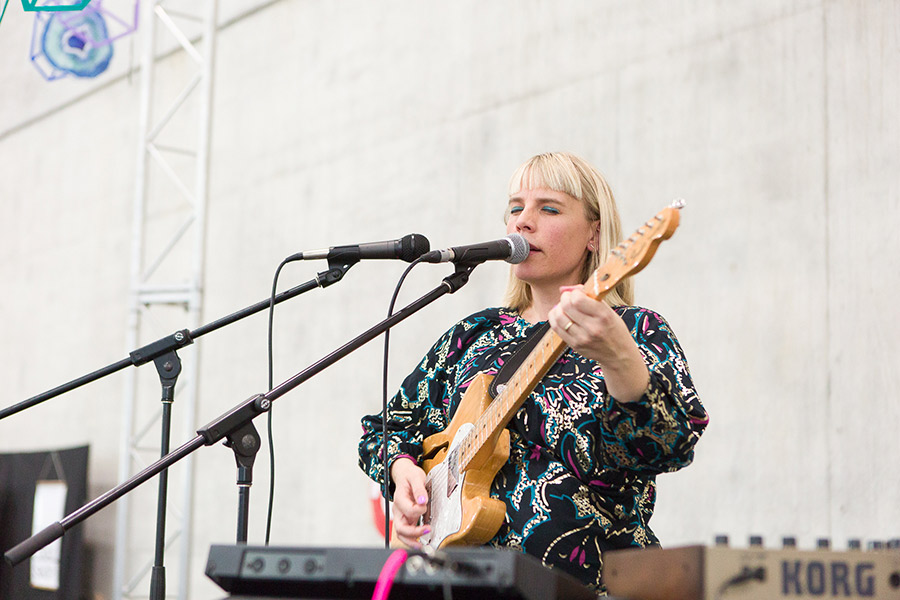 Are you ready to check out the impressive line-up of musicians who will be performing at our Melbourne AW17 Market next weekend?

Visit The Royal Exhibition Building at the earlier opening time of 5pm on Friday night for a jam-packed evening of live music and DJs.  Share a wine with friends and dance along with Swim Team, featuring Finders Keepers poster illustrator Esther Sandler! 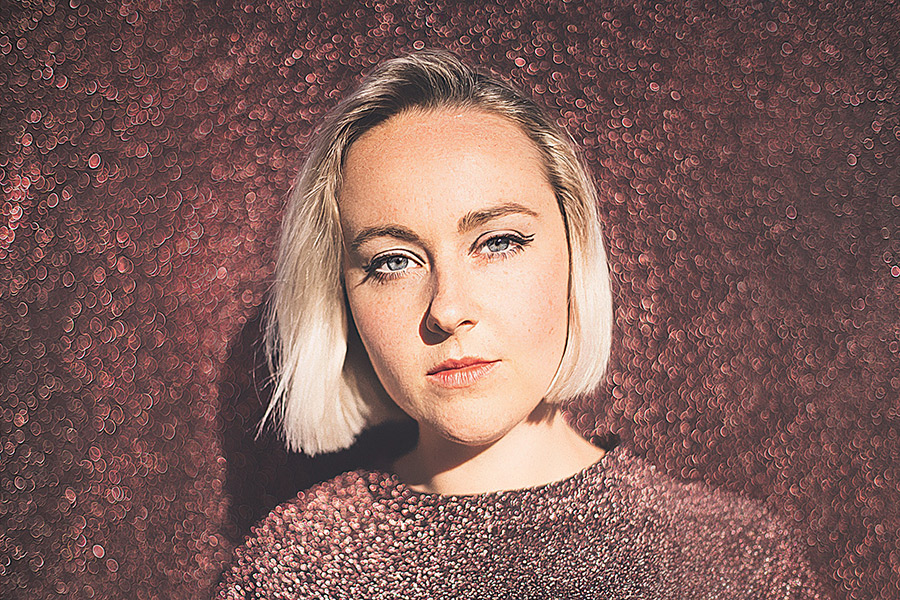 Anna O
Anna O is a Perth native, currently residing in Melbourne with her band. Said to have one of the best voices in Australia right now (Tonedeaf) with live shows hailing rave reviews, 2016 saw Anna O’s festival debut at Nannup Festival in WA, her third single Symphony landing a spot in Australian TV drama Wentworth, and many days locked away in Melbourne home studios collaborating with local artists and producers. 2017 has seen the fruit of all her writing efforts with the release of ‘Reckoning EP’, launched to a packed out Workers Club in June.

“Part Lorde, part Bjork, and part Royksopp , the band set a backdrop of downtempo electronic pop that is a breath of fresh air…Then, when Anna begins to sing, the entire experience raises to another level.” -Australian Music Scene
annao.co 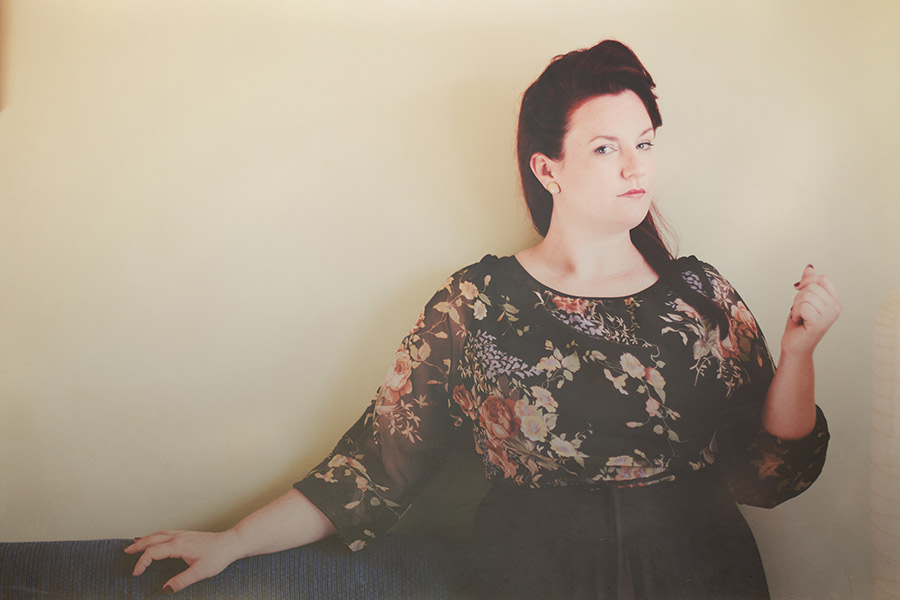 After showcasing at the 2014 Americana Festival in Nashville, the band released a single, Never’s Gonna Take Too Long in April 2015 and an EP of the same name in December 2015. Brooke recently received a Creative Victoria grant to return to Nashville in March 2016. She also performs regularly as a backing vocalist and is musical director of the Melbourne based choir, If You See Her, Say Hello. Brooke was the 2016 winner of the Darebin Music Feast Songwriters Award for her song Never’s Gonna Take Too Long.
brookerussellandthemeanreds.com 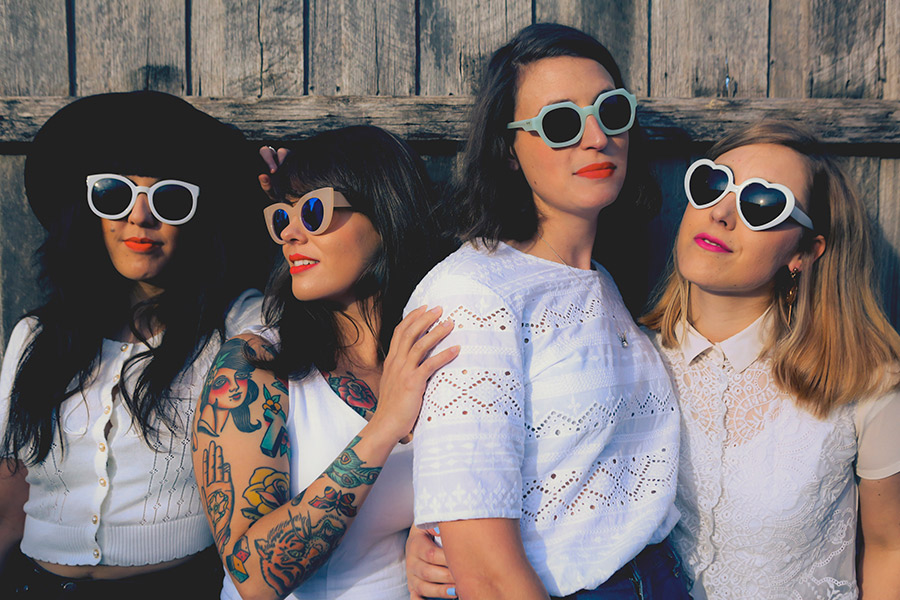 Swim Team
Swim Team are a Melbourne-based four-piece dishing out a warm slice of reverbed-up jangle and crunchy pop. Beginning as an excuse to hang out and share their love for garage pop music away from their other musical projects, guitarist/vocalists, Krystal Maynard (Bad Vision) and Sammy Wass (The Pink Tiles), convinced their crafty friends Esther Sandler (Togetherness Design) and TJ Day to join them on bass and drums despite them having never played their instruments before.

The band released their debut EP ‘Holiday’ in early 2017 and have since been touring the east coast and New Zealand, as well as taking out the music prize in the inaugural Frankie Good Stuff Awards.
swimteamhello.bandcamp.com 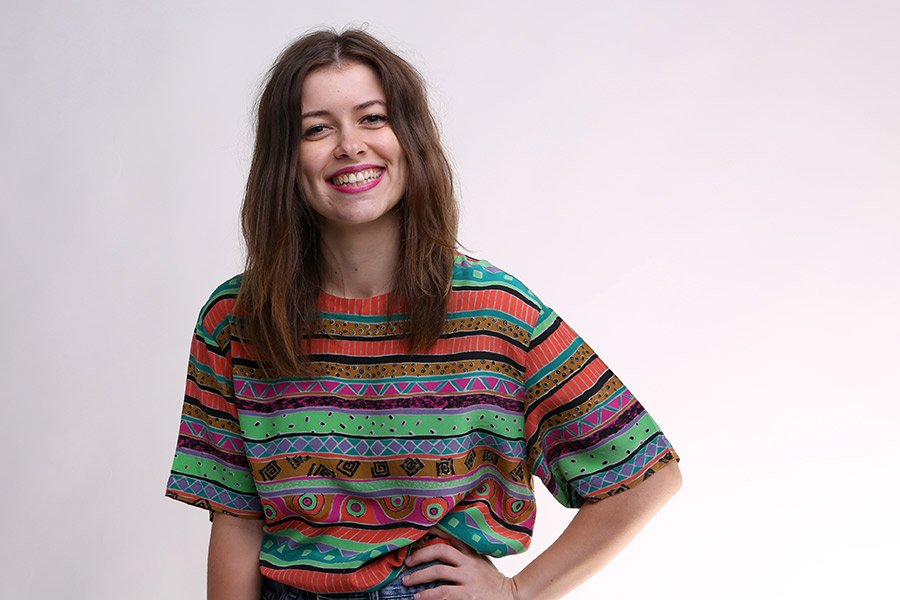 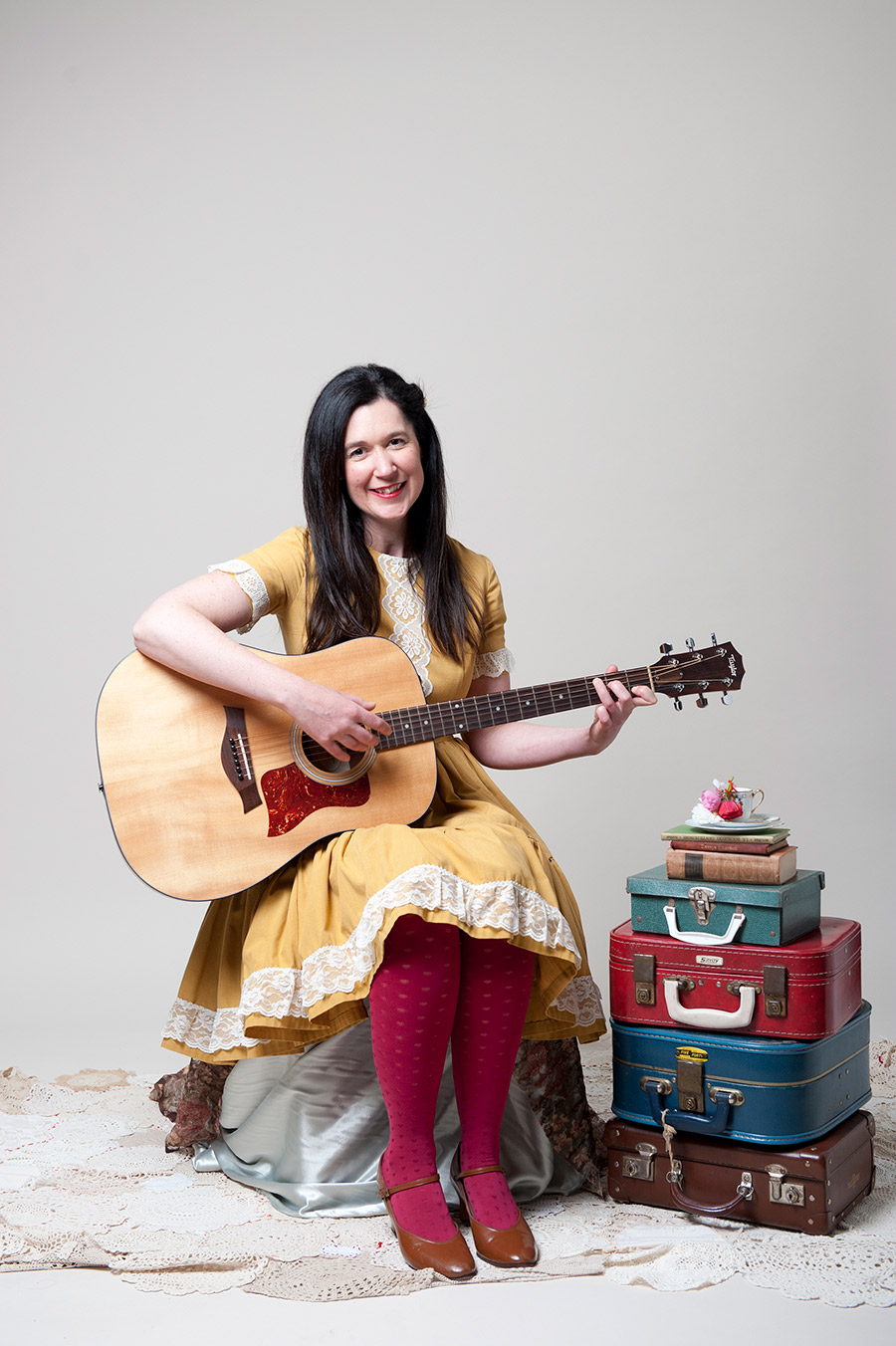 Rachel Heart
Rachel Heart is a children’s performer, singer and songwriter. Rachel has much experience playing music for young children both through her enchanting live musical performances and in her life as an early childhood teacher. She has been performing her playful songs in and around her home-town of Melbourne for some time.

Her original music is inspired by the interests and everyday life experiences of children around the ages of 2- 6 years and creatively leads the listener into a child’s world. Children are invited to dream, listen, sing, dance and move and her live shows are complimented with a delightful variety of props and dress ups to engage any child’s imagination.
rachelheart.com.au 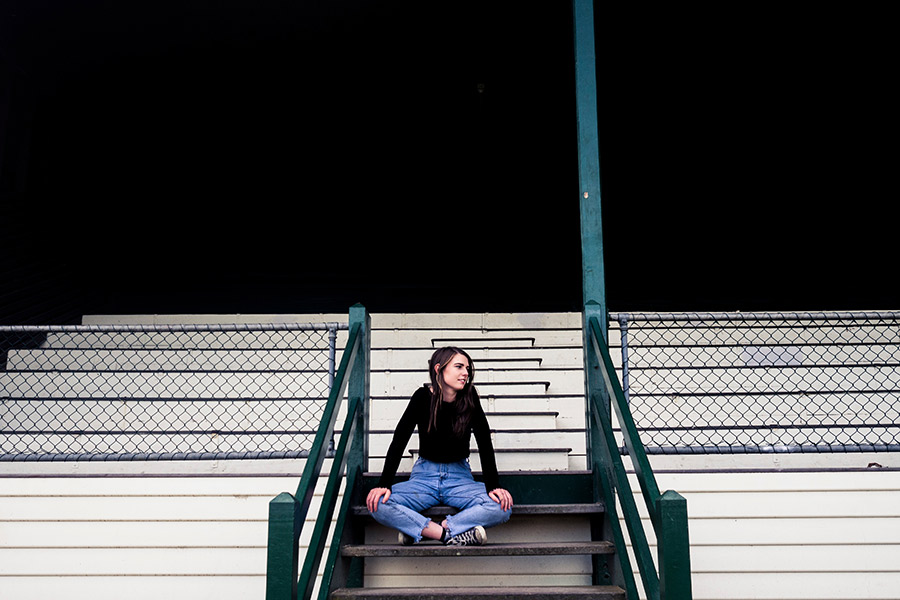 Angie McMahon
“Angie McMahon’s song Slow Mover was stuck in my head from themoment I heard it.” Josh Pyke
Electrifying and heartbreaking, Angie McMahon silences band rooms with her soulful ruminations on life, love and takeaway food. The Melbourne-based musician is quickly gathering a reputation for moving audiences with her soul-stirring voice and edgy songwriting. Clever lyrics and romantic melodies cover the full dynamic spectrum, shifting between gravelly intimacy and pounding rock. Angie feels best when pouring her innermost feelings out on stage, drawing on the music of Bruce Springsteen, Lianne La Havas, Alabama Shakes and Janis Joplin. Angie McMahon is currently in the studio with John Castle (Megan Washington, Vance Joy) recording her debut record, set for release in
2018.
www.angiemcmahon.com 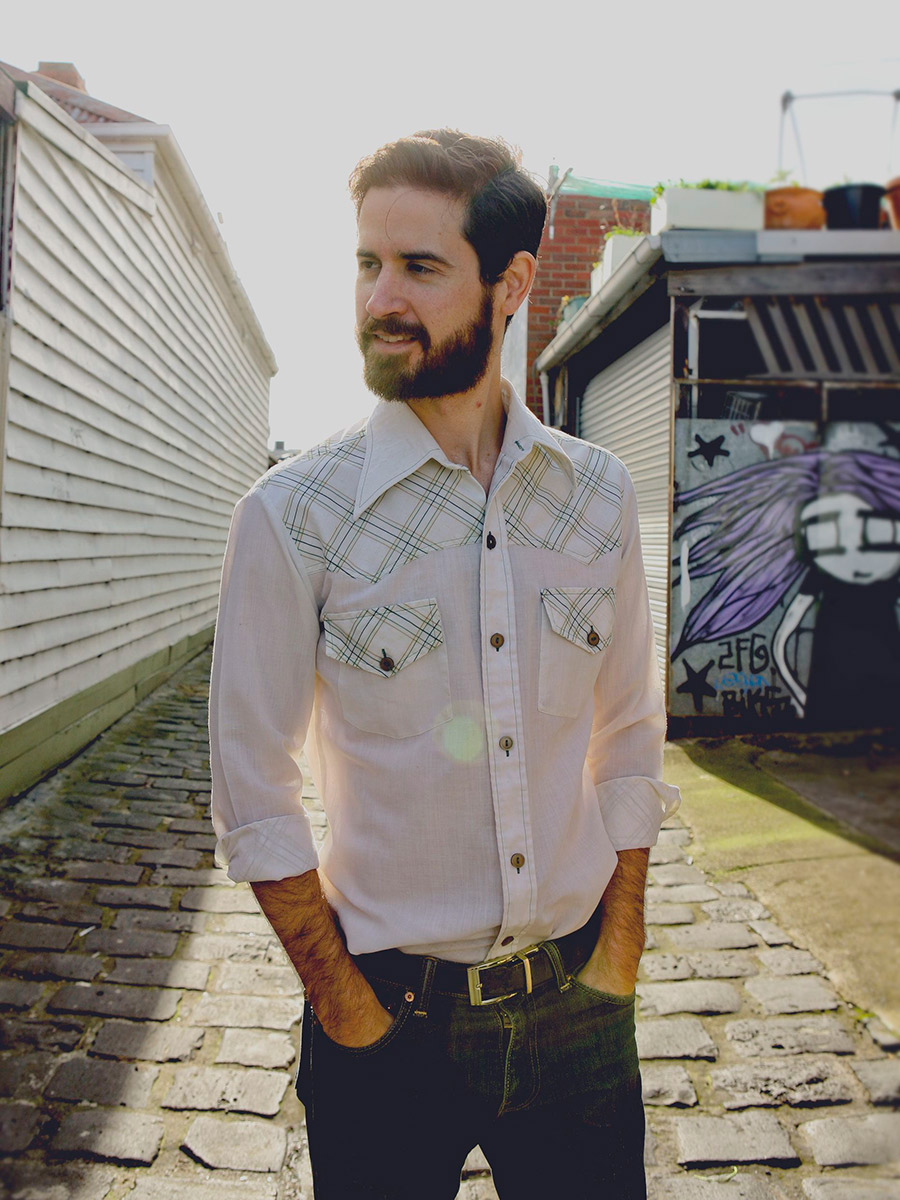 In Feb 2016 John released his latest album, ‘There’s Another Way to Where You’re Going’ which was recorded in Nashville with producer Viktor Krauss and was nominated for best Folk/Roots Album in the Age Music Victoria Awards. “The music is just gorgeous, I absolutely love it” Felicity Urquhart, Saturday Night Country ABC Radio

During 2016 John toured his album around Australia and Canada, he regularly plays alongside festival favourite Liz Frencham (double bass/vocals) and bluegrass virtuoso Dan Watkins (guitar/mandolin/vocals) in a dynamic trio characterised by warm vocal harmonies and impressive arrangements. They are currently working on a trio album which they will release in early 2018.
johnflanagan.net 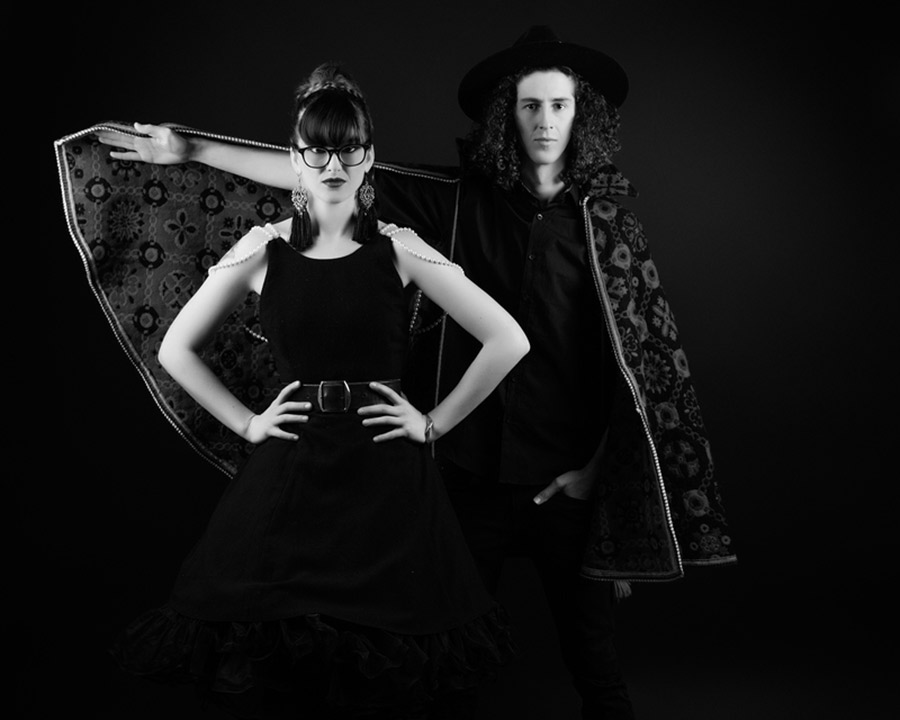 Miss Eileen & King Lear
Originally a side project to explore songwriting away from their five-piece outfit Perch Creek, this brother/sister duo have been steadily gaining momentum playing significant festivals and supports, including The Lumineers and NZ’s Gin Wigmore.

Hailing from Northern New South Wales via Melbourne’s north, Eileen Hodgkins (guitar/vocals) and Lear Hodgkins (drums/mandolin/vocals) combine forces in their harmony-rich mix of rock, indie-folk and pop stylings, creating a dynamic show that is at once intimate and energetic.
triplejunearthed.com/artist/miss-eileen-king-lear 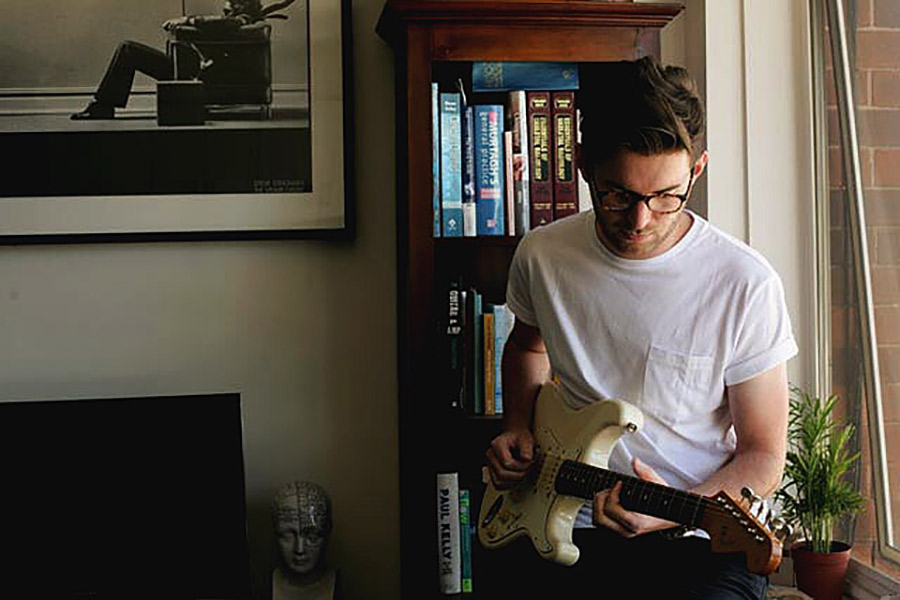 TJ Patrick
TJ Patrick is a singer-songwriter from Melbourne. He creates guitar-driven pop music brimming with rock and soul influences. On the surface, there’s simplicity and freshness to the songs he creates, however a closer listen reveals an artist with a penchant for details. TJ’s bluesy, melodic guitar playing is a key feature running throughout his music. He has contributed his playing to recordings from some of the best hip-hop artists in Australia, including Urthboy, Drapht, PEZ and the Platinum selling Hilltop Hoods single ‘Higher’. From a young age TJ Patrick has played in multiple bands, released EPs and toured nationally. He will now bring his own music to the world for the first time.
soundcloud.com/tj-patrick 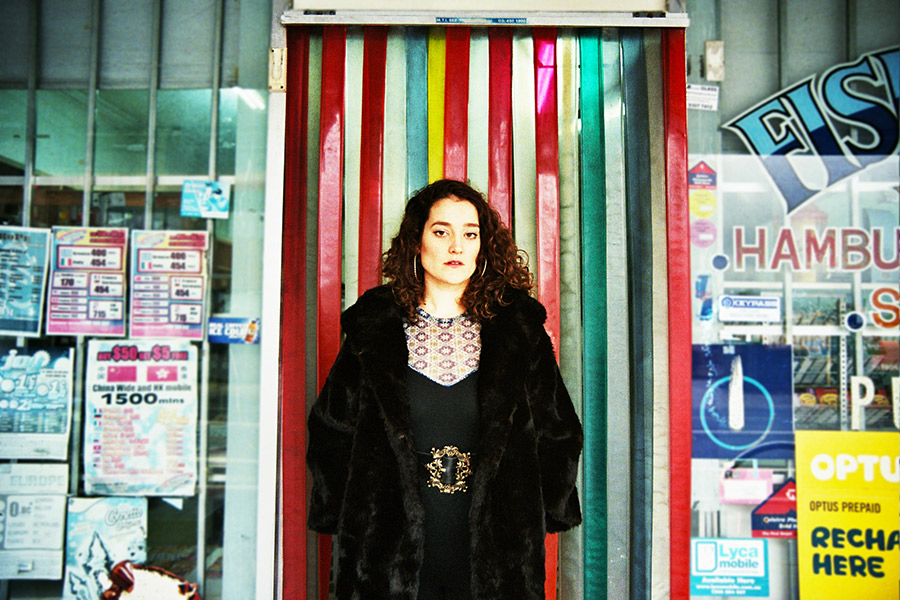 Tiaryn
From as early as she can remember, Tiaryn has been deeply connected to the emotional power of song and the art of expressing the human experience. Since age 11, Tiaryn has been honing her craft and it is unmistakable in her effortless stage presence and soaring voice. Gracefully combining pop, electronic, and soul elements, Tiaryn has a unique and modern sound featuring cosmic synths, lush harmonies, dirty beats and compelling stories.
triplejunearthed.com/artist/tiaryn 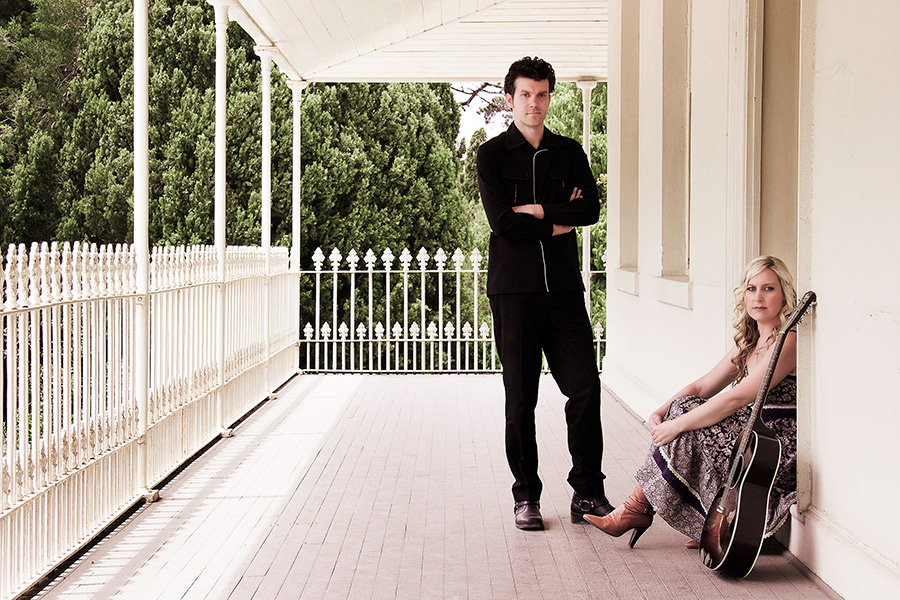 The Weeping Willows
Andrew Wrigglesworth and Laura Coates are a couple of old souls, steeped in bluegrass tradition and draped in Gothic Americana imagery.  They regale their audience with stories of sunshine and romance, God and The Devil, murder and decay.  That kind of description might make them sound like some carefully contrived concept-act but there’s something truly different about The Weeping Willows: they really mean it.