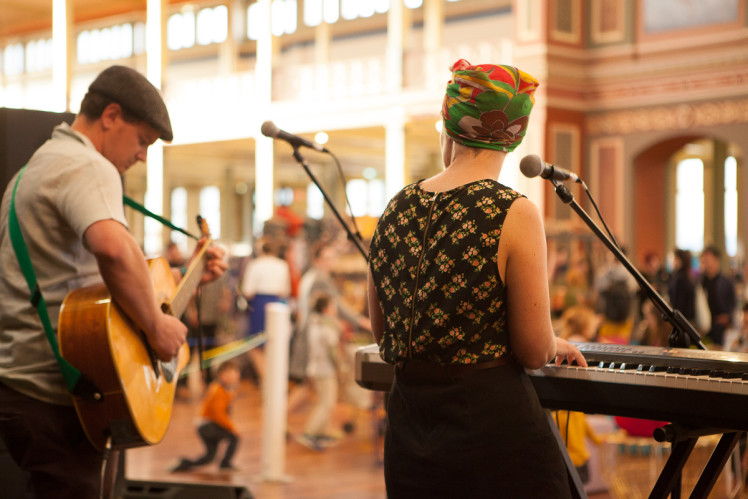 Image captured by Mark Lobo at our Melbourne SS14 market.

Our live music line-up is now here for the Melbourne AW15 Market taking place at The Royal Exhibition Building on Friday 17th, Saturday 18th & Sunday 19th July!   That’s right, for the first time in Melbourne we will now be open for THREE days, including SUNDAY!  We have an impressive set of talented musicians to entertain you while you shop, eat and relax at our two day event.  Check out the below for the line-up and more details on our featured musicians. 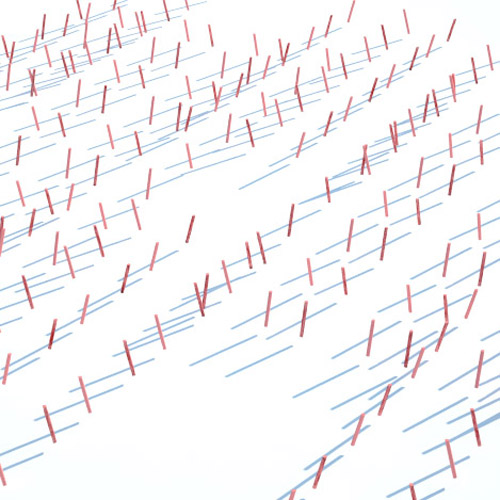 May Day
Architect by day DJ/Music Producer when the sun comes down, May Day has been involved in several projects lately one of them being Early Music mixing electronic music and classical choral music. May Day will use his subtle mixing skills to spread his eclectic music tastes through the Market and set up a nice and chilled vibe in the Royal Exhibition Building. 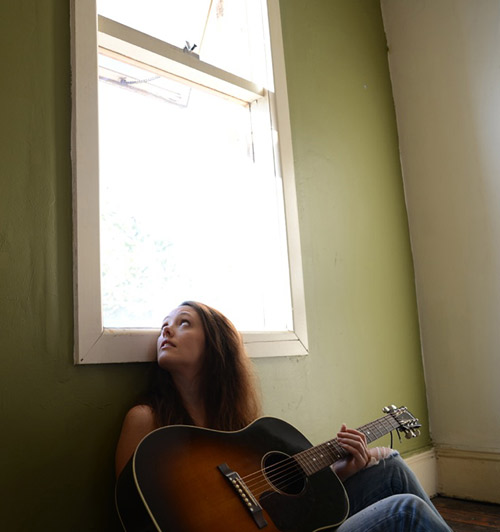 Ayleen O’Hanlon
Melbourne folk musician, Ayleen O’Hanlon, is a rousing live performer with an ability to turn simple, poignant stories into song. Named as one of the top songwriters in the 2014 Darebin Songwriting Award, Ayleen writes from an honest place, telling of small town histories, downtrodden hearts, and back-of-the-verandah observations. Carried by her distinctive voice and skilled picking on the guitar and banjo, Ayleen’s sonic palette is a blend of folk, alt-country and Americana traditions, inspired by classic and contemporary artists like Emmylou Harris, Karen Dalton, and Martha Wainwright. 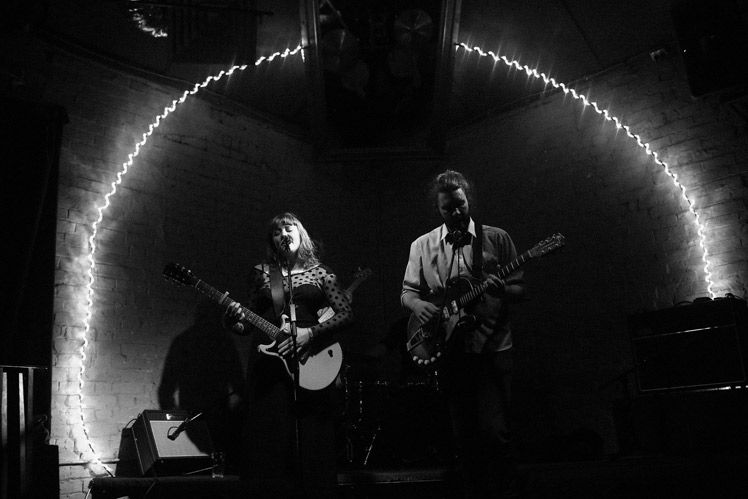 Danika Smith
Melbourne Based folk singer/songwriter Danika Smith is recording an EP, and it’s about time too. It has been four years since the release of her debut EP at the young age of 17, following her success as a finalist in triple J’s Unearthed High competition 2011.

Described as having “a unique voice that draws you in from the start” by Australian rock legends The Living End, Danika writes songs with honesty and simplicity, getting straight to the core of what she’s on about – family, flaws, depression, love, fact and fiction. Her songs come from the heart and Triple J’s Richard Kingsmill has reviewed her lyrical style as “Really pure stuff”. The EP is set for release in Mid-July ahead of her August tour Supporting James Teague up the East Coast of Australia. 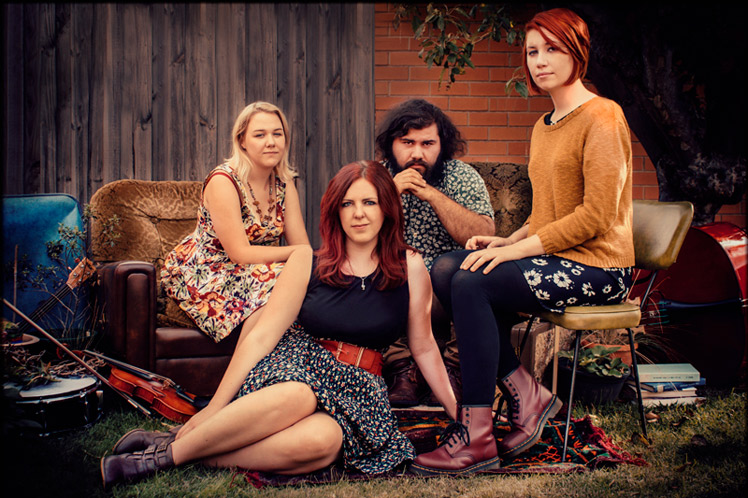 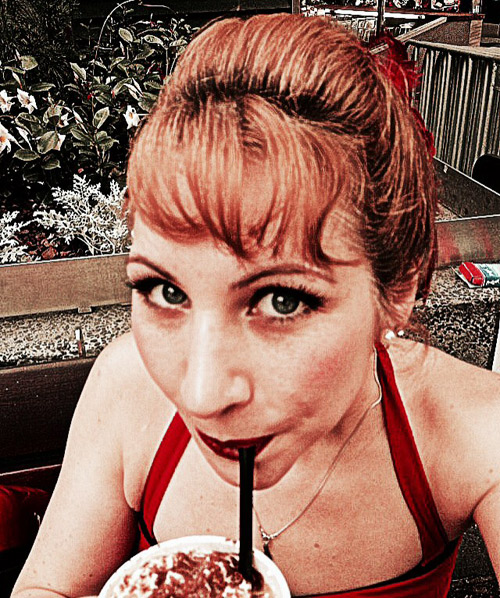 In her own adorably quirky way she will sing and dance with the children to her original fun songs – most of them about cats – but then the REAL fun begins! She always invites some children up on stage to sing with her! Bring your camera because your child may have their own magical moment on stage!

Bek has worked with Mini Maestros, Bop Till You Drop and Tony Bones Entertainment and been involved in musical productions for over 20 years. She loves music and children and surprise, surprise, played the role of Maria in Beaumaris Theatre’s 2010 production of The Sound of Music!

This is her second time performing her children’s show at The Finders Keepers festival and she is very excited! 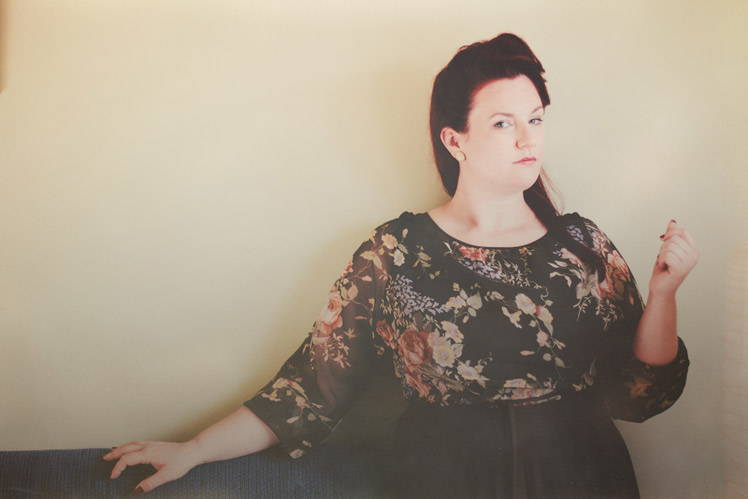 Brooke Russell
Brooke Russell sings songs about boozy nights, bad decisions, last minute redemption and love. With her band The Mean Reds, she’s been swooning and serenading in dark bars all over Melbourne and has recently returned from her first showcase appearance at the Americana Festival in Nashville. Drawing influence from swing, alt country and trad jazz, Brooke and the band are also inspired by the songs of Ryan Adams, Joe Henry, Gillian Welch, Tom Waits and Neko Case. With their debut album, Poor Virginia released August 2013, the band found themselves listed in Basement Discs Top 10 Australian Albums of The Year and Unpaved’s 50 Best Albums of 2013. The Mean Reds are currently recording their sophomore record, due for release late 2015. 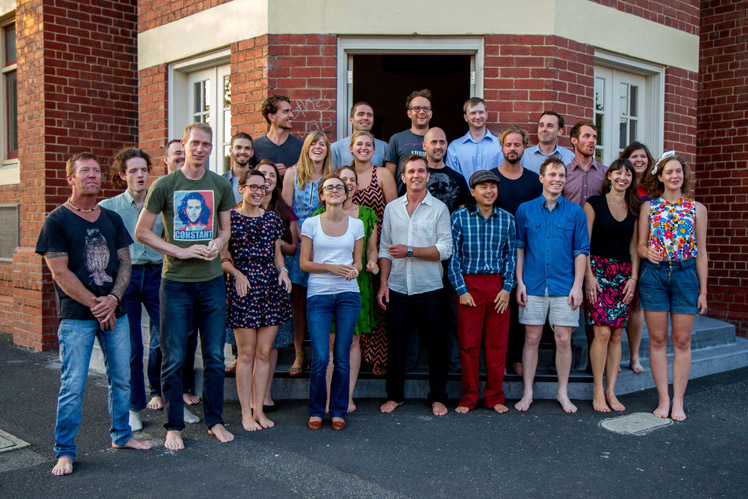 The Carpark Choir
Six friends used to sing Gospel for fun in an underground carpark every week, particularly for it’s acoustics. Now it is a weekly fun club for 30+ singers in a shiny hall in Fitzroy with down lights. We still sing Gospel and everything else that inspires, but we span from classical to pop and try to improvise a lot. We are also proudly gender balanced in the choir with a special emphasis on getting more men with low voices to sing. A fun choir with a decent standard. 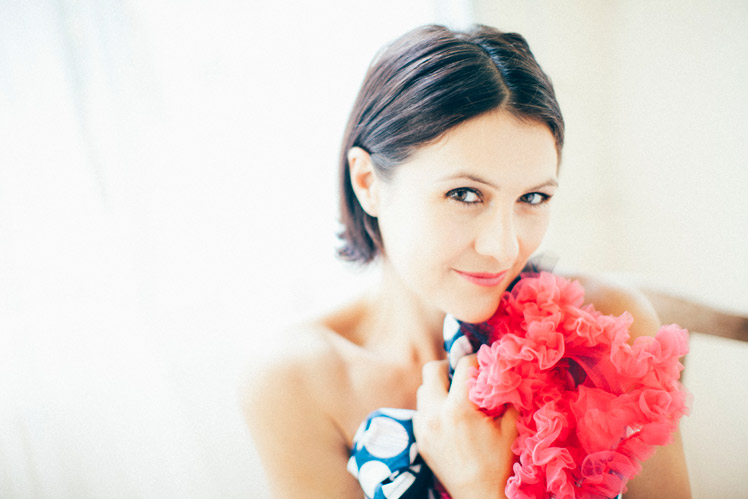 Monique DiMattina
Possessing a ‘Dylanesque swagger with the Aussie vernacular’, renowned singer/songwriter/pianist and Head recording artist Monique diMattina weaves a wild tapestry of tales born from the listeners of Melbourne via her ‘Shaken not Rehearsed’ RRR and ABC song-on-the-spot radio segment. With acclaimed guitarist Sam Lemann. 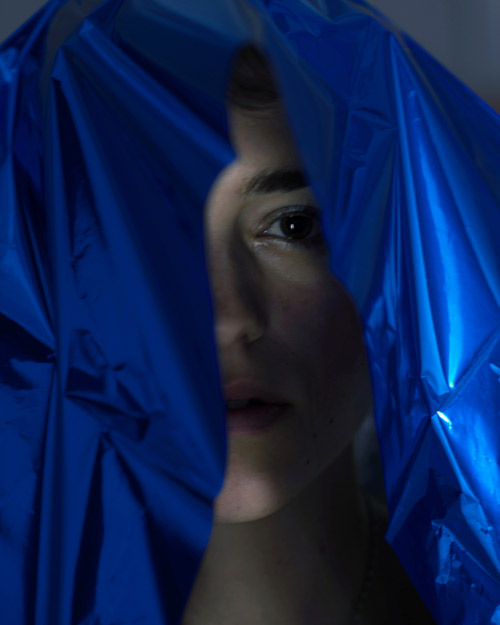 Carry Nation
Rivers flowing on into oceans. Fleeting images of giants hiding in plain sight, disguised as mountain ranges, and of entire cities built on the backs of whales. The natural world made fantastic, and standing in to represent the endless complexities of the heart, as well as compensating for the lack of wonder in the every day. Carry Nation is Jessie Warren – has been for the better part of a decade, albeit not always full-time. After an acclaimed debut album and mesmerising follow-up single in the early 2010s, coupled with performances alongside Darren Hanlon, Claire Bowditch, Lisa Mitchell, Whitley and a cadre of other luminaries, Warren quietly put her project on hold in late 2013. Her focus in the interim has been on electronic representations of her delicately organic song-craft (Half Shark), and more recently as the vocalist of abstract supergroup “half/cut”.The lure can prove too strong to keep a treasured thing forever in stasis, however. At the request of Ben Lee, Carry Nation re-emerged in 2015 to join him for an east coast tour. Though she’d never admit it, there are many who would dearly hope that this mercurial return yields further rewards. We’ll see. 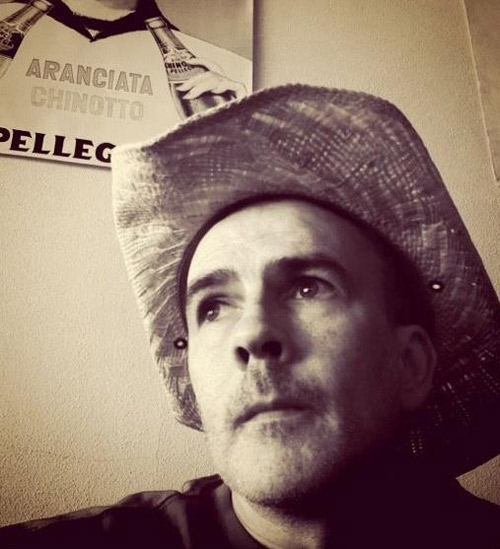 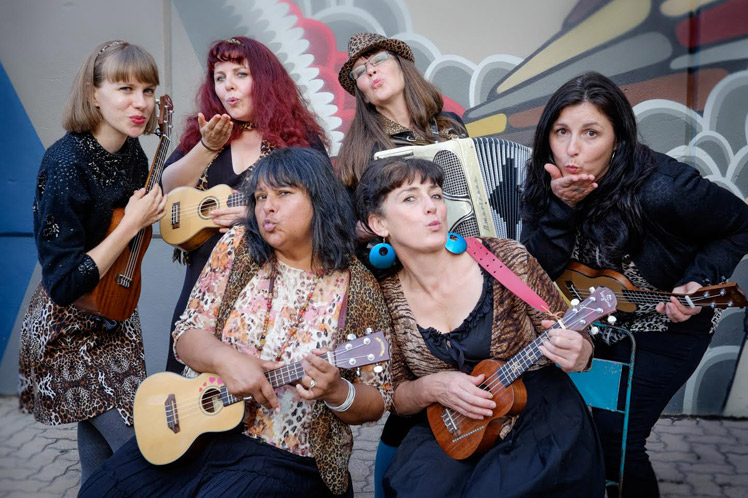 Cat House
A burlesque-tinged bevy of ukulele ladies with a repertoire of sassy songs with lush harmonies. These Melbourne-based felines aim to sound purr-fect. 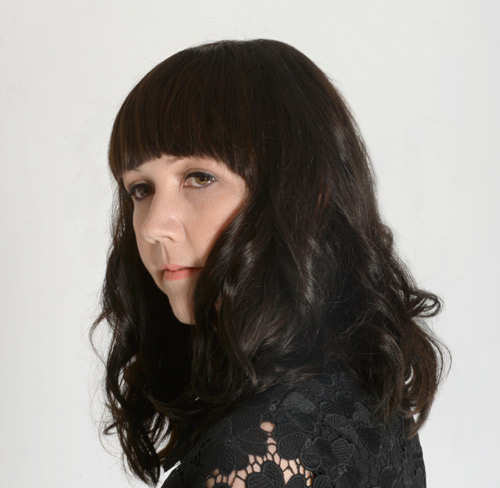 Emma Heeney
“If there was any justice in this crazy pop world,” Jeff Jenkins wrote in Inpress, “Emma Heeney would already be a star. Her voice is so pure and delicate, and no one sings a sad song as beautifully. Emma Heeney is used to being the new girl. She’s based in Melbourne, but who knows where her home is? She went to 14 schools, growing up in the Northern Territory, Far North Queensland and Timor. She learnt the recorder over the wireless, doing “School of the Air”. She was Unearthed by Triple J (runner-up) in Brisbane in 1997, where she also formed her first band, the cryptically-named Ohneatasweata. Emma’s second solo album, produced by J. Walker (Paul Kelly, C.W. Stoneking, Clare Bowditch) – is called After The Fireworks. Joining her on this recording is an array of talented musicians including Sophie Koh, and Pete Cohen (Sodastream), as well as J. Walker who makes appearances on a range of instruments. 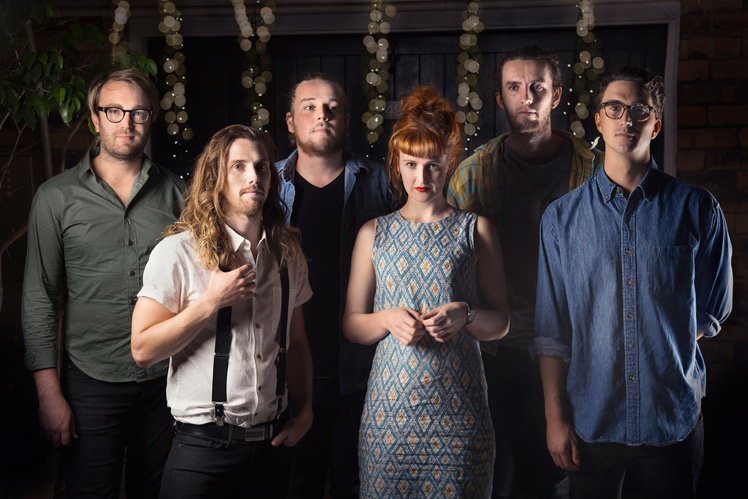 Forest Falls
“We’re at the crossroads now, my dear” sings Forest Falls frontman, Jon O’Neill, on track one of the forthcoming Hounds EP. Whilst O’Neill might have penned this from an initial point of introspect, he has also depicted – inadvertently – the Artist’s condition. It’s an unspoken ultimatum; to dedicate and create, or to hold back and wonder what might have been? Forest Falls is a band that has, undoubtedly, taken the right turn; and an exciting one at that. The Hounds EP manifests the highly praised songwriting styles of previously released Forest Falls tracks such as ‘Julia’, which Triple J’s Dom Alessio fondly dubbed a “musical gem”. Still, there are considerable and exciting evolutions taking place here. The vocal arrangements and harmonies that Forest Falls showcase on the record are all at once intricate and attention grabbing. O’Neill’s voice has come into its own; honed, warm and beautiful, with an impressive falsetto and the ability to navigate melodies with endless ease. The dynamic use of space and earworm hooks peppered throughout lead single ‘Hounds’ contrasts beautifully with the rich instrumental arrangements of tracks such as ‘Ghost’ and ‘Where Do We Go?’. It’s an EP that thinks through, incorporates and then transcends each one of the band’s many influences.