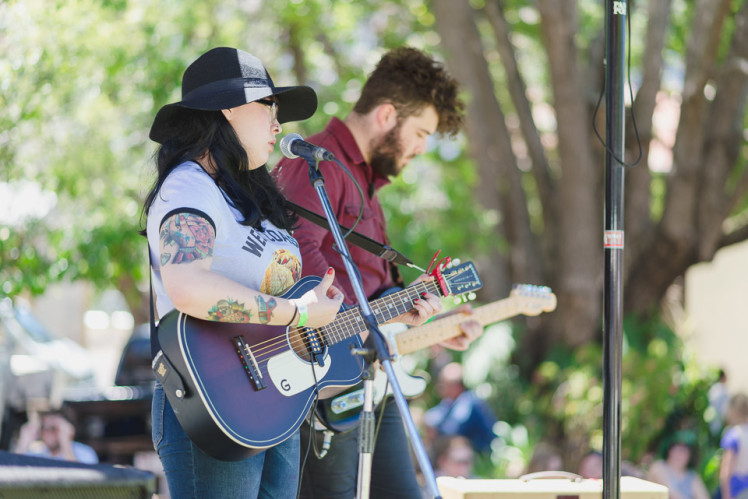 Image captured by Dave Kan at our Brisbane SS14 market

Our live music line-up is now here for the Brisbane AW15 Market, taking place at The Old Museum on Saturday 4th July & Sunday 5th July!  We have an impressive set of talented musicians to entertain you while you break from shopping on the beautiful lawn, surrounded by delicious food options and treats!  See the music line-up and set times below as well as more information about our talented musicians. 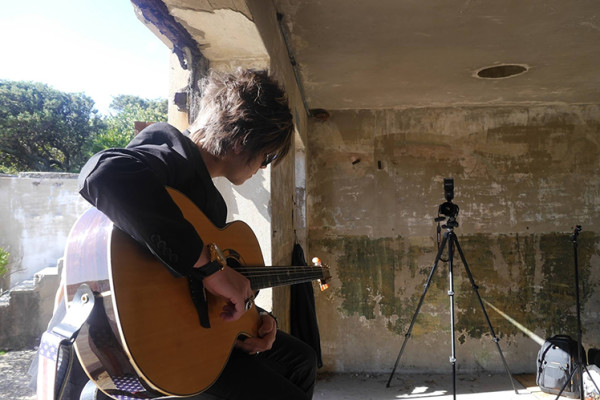 Jordan Jansen Even at seventeen years old, Jordan Jansen is keenly aware of the effect his singing has on others.  He sees the joy his angelic voice brings to their faces and the warmth it ignites in their hearts, and while this down-to-earth young Aussie keeps a level head about his talent and rapidly rising fame, it is the joy his singing brings to others that makes him love what he does.

Jordan was a typical child, riding his scooter through the streets of Queensland with his friends and his big sister and listening to the music of Michael Jackson, when he entered a talent contest in the first grade and came in second.  But while he didn’t win the big prize, he gained something much greater and more valuable – the realisation that he had found something he truly loves. 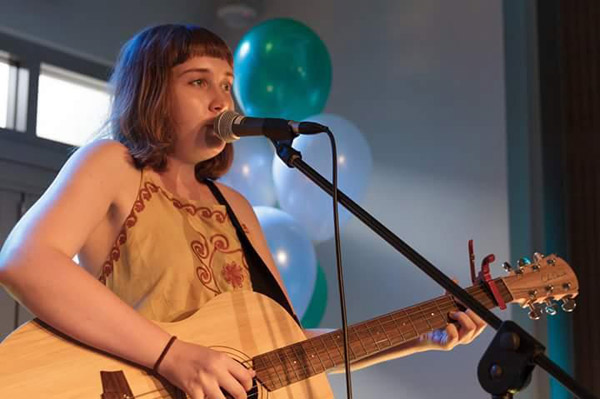 Asha Jefferies Asha Jefferies melts hearts wherever she goes, singing her songs as only someone so young can.  Brisbane born and based, the singer/songwriter writes way beyond her 15 years with songs characterised by distinctively silky vocals, and beautiful lyrical melodies expressing experiences of the heart and human observation.  Winning the Mullumbimby Music Festival’s youth mentorship competition (singer/songwriter category 2013), Asha has performed at the town’s festival various times in addition to the Woodford Folk Festival and Byron Bay Bluesfest in 2014, where she was selected as a winner of the Bluesfest busking competition. www.facebook.com/ashajefferiesofficial 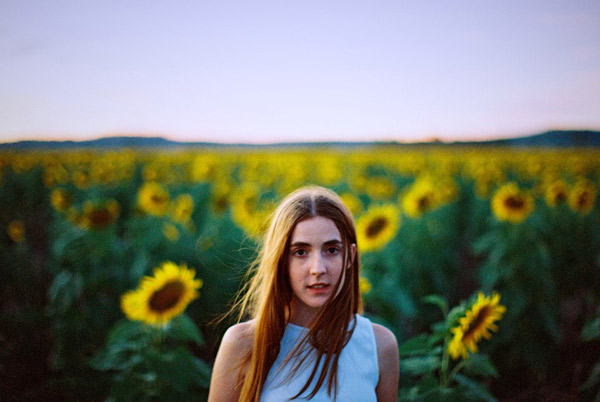 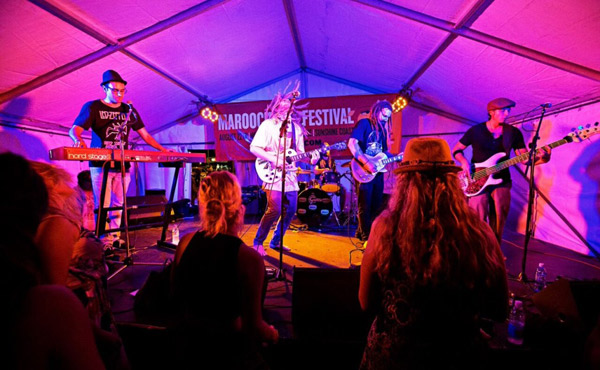 Bearfoot You know that moment that was a great idea at the time, and then becomes a brilliant one?  That’s Bearfoot.  A collaboration of like-minded musicians, Bearfoot emerged from a few jams at open mic nights, toquickly gain a reputation as THE roots act to watch, with catchy roots/reggae tunes, often jamming out the songs that wander into ska or dub tangents. Bearfoot by name, barefoot on stage (it does get confusing, but you get used to it).

Tasty roots/reggae tunes from a bunch of musically-talented dudes.  Based on Queensland’s Sunshine Coast, Bearfoot bring together a collective of well-known local musicians from various bands to form and revitalise a huge roots/reggae/dancehall sound. 2015 will see the beginnings of the next step for Bearfoot. 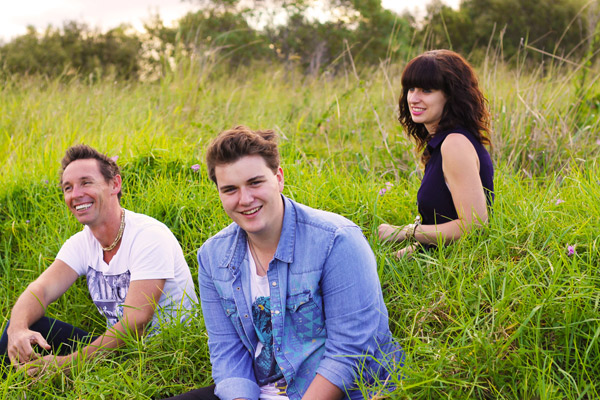 Alex Crook Early years saw Alex Crook develop a passion for playing the harmonica and taking to the stage alongside singer-songwriters from across Australia.  Thriving from these live performances, Alex began to write his own music and pursued his enjoyment for music through playing guitar and singing at open mic nights on the Gold Coast, leading to solo performances across the south-east coast.

With the inclusion of his sister Rebecca Crook playing bass the singer song-writer recorded his debut EP “Character Building” in 2013.  Developing new songs and different sounds, brave Gold Coast drummer Scott Williamson joined the sibling duo. Alex Crook with his band have been making a mark on the Great South East playing relentlessly with his pop folk sound that lends to singing along and tapping your feet.  With a brand new EP “Broken Time” released in October and a slot on the Caloundra Music Festival 2014, Tamworth Country Music Festival & Surfers Paradise Live in 2015, the trio are taking their up beat performances and catchy songs to audiences around Australia. www.alexcrookmusic.com 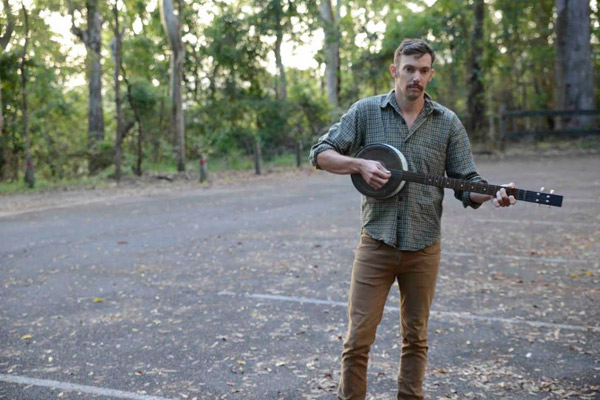 Daniel Challis Daniel Challis grew up listening to Hindu songs of devotion and worship; how he made the quantum leap to playing country and folk music, is unknown by even those closest to him.  Dan had his first taste of Western music when he was 12 years old, buying a Cranberries tape and falling in love with the ‘pop’ sound. It wasn’t until Dan was 18 however that his love for writing songs began, on an island in Western Port, southeast of Melbourne.  It was here, surrounded by a host of talented musicians; Dan knew he wanted to share his stories through music. Dan consequently record two album’s worth of songs on a friend’s computer, revealing his songs of turmoil and young love only to those who dare ask to listen.

However the last 10 years saw Dan move away from music and bury himself in academia, as he worked his way through seven years of tertiary study in the fields of journalism, political science and law.  Amongst all this Dan has always come back to his trusty acoustic guitar, continually honing his craft and passion for musical storytelling.  His experiences of solitary adventures in both urban and wild environments has attributed to a life of learning; ultimately leading him to finally put a year’s worth of work into his recently recorded album (recorded up in a secluded studio up at Mt Nebo in November last year), which Dan hopes to release within the next few months of this year. www.danchallis.bandcamp.com/releases 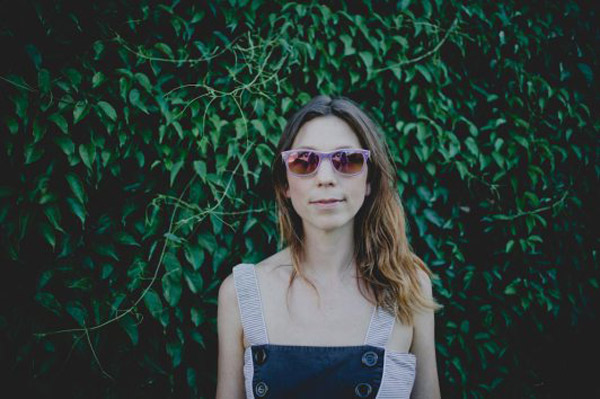 Emma Bosworth Emma Bosworth is a singer songwriter from Brisbane, Australia.  She cut her teeth from an early age playing in garage bands and howling with the rock’n’roll best of them.  November 2014 marked a turning point towards a new sound with the release of Emma’s first solo album “Coming Up For Air”.

A long-brewed album of contrasts: a call-to-fun with the first drop of soul-inspired Penny, a call over the Brisbane backyard fence with My Town, and a yelping party-down on the skint side of lovin’ with Save Me, never apologising to express her comforts taken in picket fence platitudes reminiscent of The Lucksmiths, or even Brisbane’s own The Go- Betweens. A stand-up first solo album from Emma, aka Emma Carton, ere of Brisbane indie exponents J-Pan Fan, and earlier, The Flying Chimnees. www.emmabosworth.com 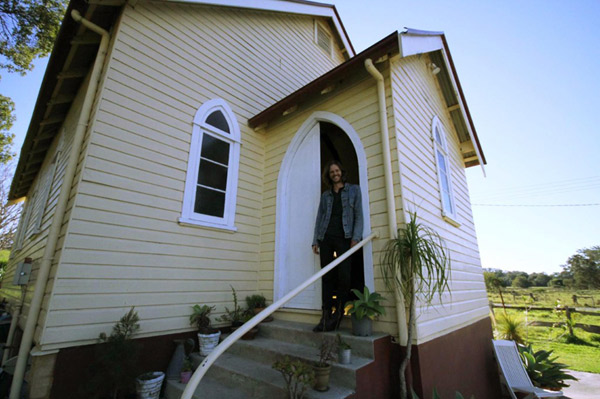 Zac Gunthorpe Zac Gunthorpe is a Brisbane-based solo musician who began his career in 2011 with the release of his debut EP Long Lost Love Lies. Since the release of his EP Gunthorpe has continued touring, appearing at a variety of venues ranging from intermite songwriter sessions to largely attended music festivals. Gunthorpe’s debut album Glory Bound is set to be released late 2015 followed by a tour of the east coast of Australia. His heartfelt songwriting mixed with his folk/country stylings really brings about a thoughtful reflection on life itself and should not be missed! www.zacgunthorpe.com