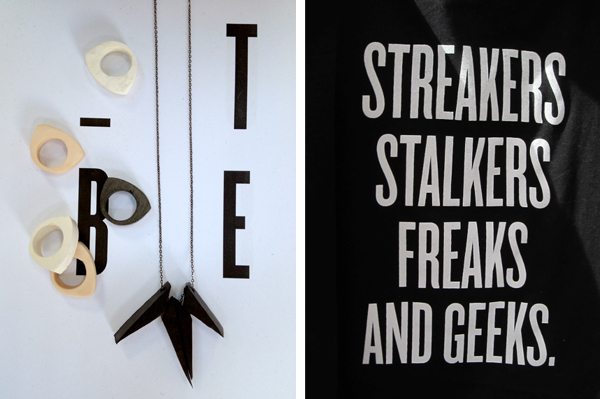 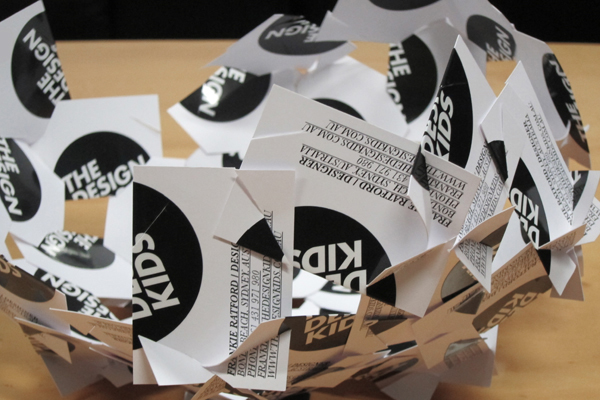 FK chats to Frankie Ratford about her label celebrating its second year, The Design Kids.

Can you tell us about how The Design Kids came about?
I started The Design Kids in the summer of 09/10 after finding a gap in the market. Working long hours as a graphic designer, fellow colleagues had some awesome side projects on the go that never saw the light of day. Not enough time, energy or platforms available to get things off the ground and BAM! The Design Kids was born.

What is your background and how did you get started?
Originally from the UK, I finished my A-levels then hopped on a plane and travelled for a year or so to find a good spot to settle. I’ve lived in some pretty random places – Norfolk Island (twice!), Canada, Perth… I moved to Melbourne for 4 years, and did an honours degree in Comm Design at Swinburne, where I worked along side some amazing designers and learnt a great deal. Then I got offered a graduate job working under Vince Frost in Sydney, one of my all time favourites and a legend in graphic design. When I finished up, and after a big trip overseas, I thought I’d give The Design Kids a go. After looking into different business style courses, I thought I’d wing it and see what happens. Enthusiasm, internships and good people will get you a long way! 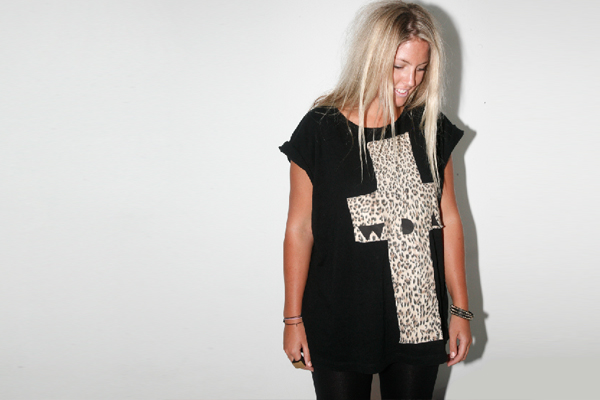 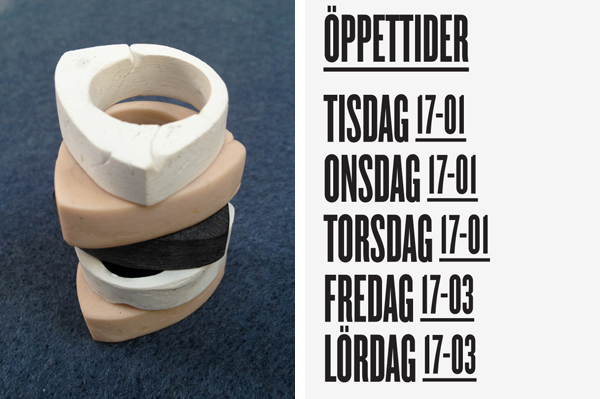 What inspires your work?
I guess I love graphic design approached in more of a three dimensional way.
Here’s some of my favourite designers from around the world; France www.antoineetmanuel.com, Melbourne www.co-oponline.net.au, Brazil www.campanas.com.br, Netherlands www.experimentaljetset.nl, London, www.graphicthoughtfacility.com, Denmark www.hvasshannibal.dk, New York stilettonyc.com. I’m a huge typography nerd, so anything with type on it I love!

What do you love about living in Bondi?
For the last 2 years, I’ve been designing, blogging, lecturing and crafting so I have had a pretty busy lifestyle, but can still have time out when I need, as well as celebrating Frankie Fridays once a week (no work allowed)!! I love going to Sparrow Cafe for brunch, hanging out the back of Bondi FM in the teepee, the beach during the week and Bondi markets at the weekend. You cant go past Mexican on the beach at Beach Burrito Company and a tequila slushy! I’m actually in the process of relocating to Byron Bay for January 2012, where I’ll focus 100% on TDK. I just rented an awesome space / a giant warehouse with a small tree growing in the middle, super excited to deck it out with all my treasures and artworks I’ve collected over the years! 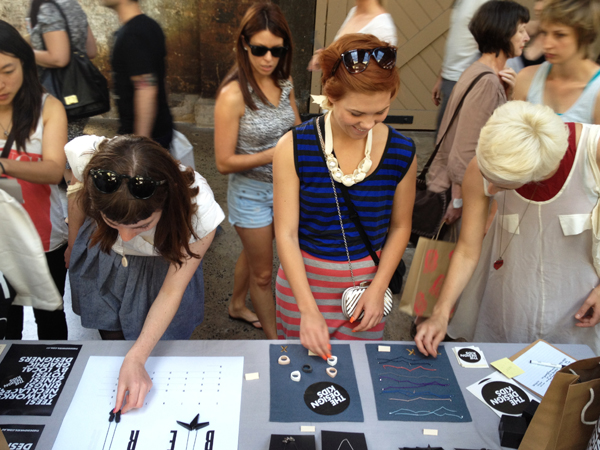 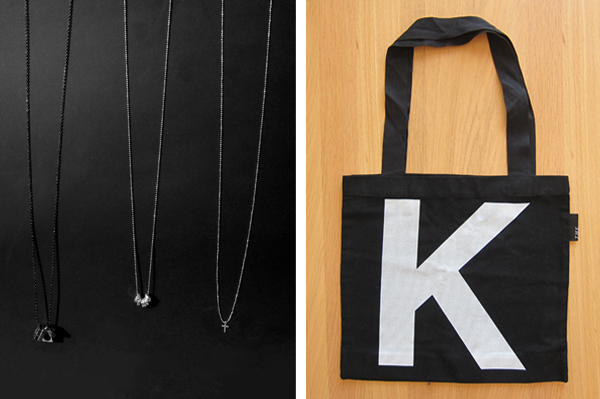 Who are the people behind TDK?
I guess my role as director is more of the style of a curator. I pick and choose the best talent and make it available for everyone. Some of our guest designers have included Jakob Nylund, Carla McKee, Koen Arbouw, Mikel Long, Lance Corlett, Dan Beard, Gui Andrade, Louise Odelberg, Nicole Labuschagne, Brett Coelho, and myself. I also have 3 interns/saviours (Joel Ebsworth, Gui Andrade and Caleb Kingston) that help/have helped with markets/blogging/man things and just generally pumping TDK!

What have been some of the highlights of 2011?
The FK markets have been fantastic – its so nice to see someone appreciate something you’ve made, and meeting all the other stall holders. Its not a secret I love to chat! We had a stall at Splendour in the Grass this year, which was a whirlwind of fun and craziness, campfire goodness and partying on a bus! We exhibited at Object Gallery as part of the A4 Paper Festival. I feel like the brand is really picking up momentum this year, with a few mentions and articles in magaiznes and blogs, so thats really exciting!

We also just curated our own show last month in Sydney called Terrible Two’s. To celebrate TDK moving into its second year, the concept was built around the number two, bringing emerging and established individuals the design industry together. We had Sydney’s finest designers working with some of our most talented students. I’d love to roll it out in Brisbane and Melbourne next year, watch this space!

This year is looking even more awesome with lots of collaborations with other Aussie labels and taking TDK overseas. The Design Kids will be based out of Stockholm next year for 3 months, so that will really influence the direction of the brand and many more exciting adventures along the way. Roll on 2012! 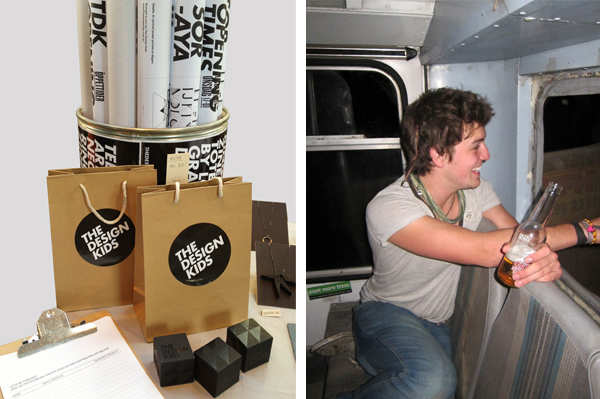 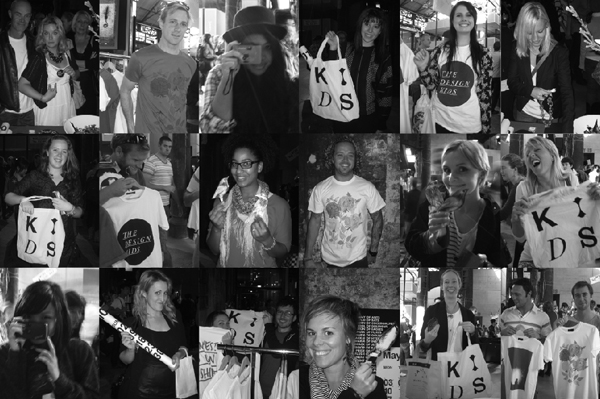