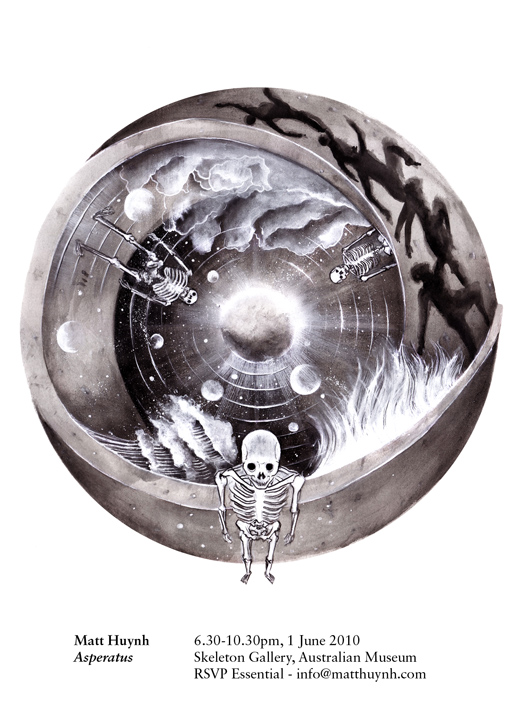 FK talks to one of 0ur favourite illustrators Matt Huynh about his upcoming solo exhibition Asperatus.

Tell us about about your upcoming exhibition Asperatus?
Asperatus is a solo exhibition of my most recent illustrations. They’re images that sit a little bit apart from the rest of my body of work, both thematically and visually, featuring predominantly desaturated or black and white drawings in charcoal, ink, paints and gesso. The collection will show in the Skeleton Gallery of the Australian Museum on for one night only, the first winter night of this year. In anticipation of the show will be the release of a series of recorded interview sessions with a diverse group of audiences responding to the artwork for the very first time, before anyone has seen the illustrations beyond myself. Hopefully it will permit a new perspective on how to view this work for casual viewers and introduce those in the visual world I’m from to some interesting people, including a doctor, screen-printer, designer, festival director, copywriter and illustrator.

Explain the title of the show Asperatus and what does it mean to you in relation to your work?
Asperatus felt fitting to me, it roughly translates to ‘agitated’ or ‘roughened’ in Latin. In recent times it’s appeared as the name for a newly discovered cloud formation, the first in over half a century. They are clouds that look heavy and dark, and they pulse down towards the Earth like ripples viewed from below the skin of water, but despite their appearance they disperse without casting a storm. It captures the zeitgeist for me – the turbulence of present times; the dis-empowering confusion of increasingly lateral problems; effects or consequences abstracted from the causes of modern challenges; and the mystifying signs and clues as to where we’re all headed. With this in mind, my process for this illustration series involved embracing chance, chaos, instinct, intuition, dreams and other subconscious states to create my symbols and construct visual compositions, rather than the usual deliberate and purposeful craft and conscious development that I’m accustomed to in my professional work. 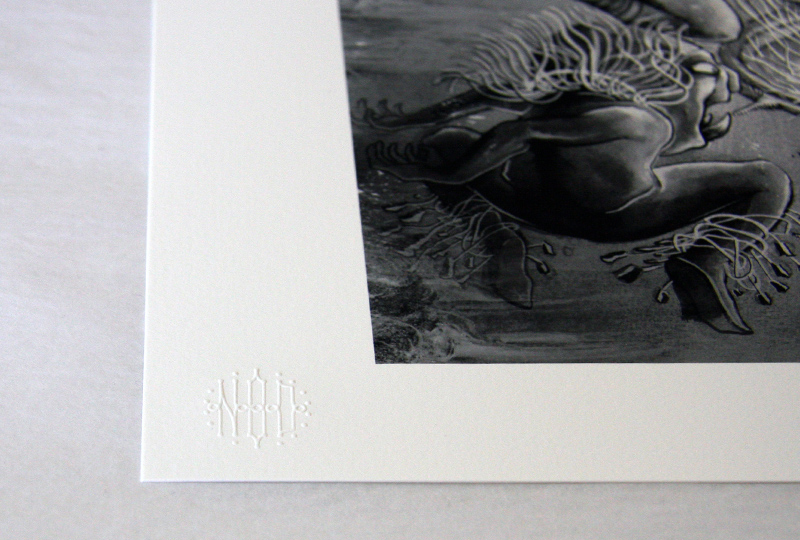 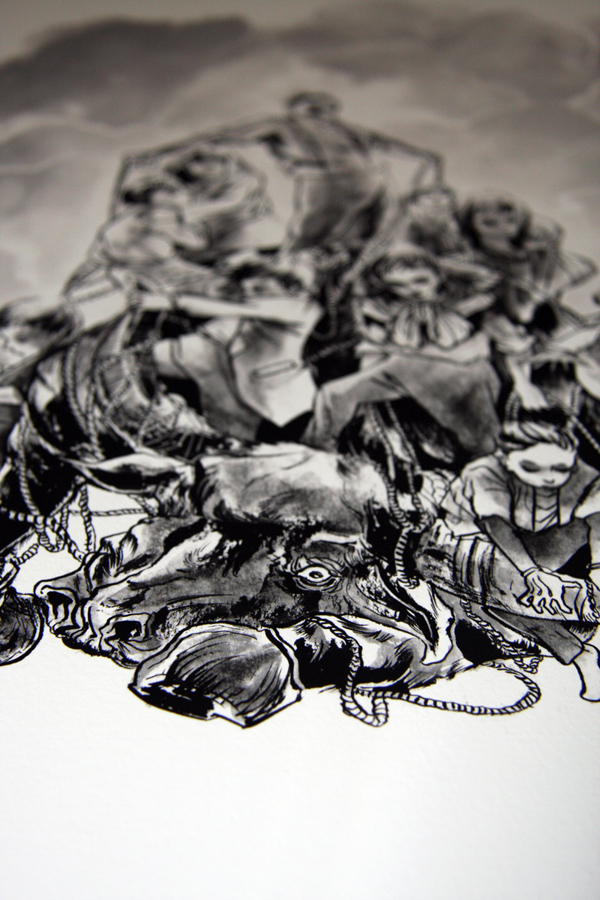 What was the inspiration for the show and what has been happening in the 3 years since your first solo exhibition.
Originally I had only intended to create a handful of new works to update my folio, but I decided to hold a small show to keep my closest friends up to date with what I’ve doing chained to my desk. Things quickly got out of hand and before I knew it I had an entire new series, a new folio and website, and a special show to introduce to Sydney. I guess if you’re going to do something, you should at least have proper fun. In the three years since my last solo exhibition, I’ve been making the transition into full-time illustration. I stepped away from my studies to a full time editing position at a publisher to a commercial illustration studio to striking it out on my own with the Jacky Winter Agency. Since, I’ve been on a worldwide professional development trip under a traveling scholarship to work under some of my heroes in the illustration and comics world and came home buzzing and discombobulated, but once I found my feet again I was ready to explore the boundaries of my illustration work and scratch steadfastly away at my next graphic novel.

How has your work been developing since your early work as a comic artists?
I came from comic books first and it remains my first love, but it is immensely consuming and challenging. It was through comics that I found illustration which has become and increasingly large part of my life, particularly as I met more and more passionate professionals who gave me a perspective and appreciation for the discipline. Today, comics still inform my work and there is a strong figurative, narrative and I think contextual aspect behind my illustrations. Whenever I return to comics, I find my preferences and habits have been influenced greatly by the type of work I’ve been doing in illustration or my writing. Since working in the print world of comics and flat illustrations, I’ve had the opportunity to create work for objects, displays, murals and other media, I still get a kick out of seeing my work in new places.