Here is an introduction to the music that will be showcased at the upcoming Sydney Finders Keepers on Friday 4th & Saturday 5th December! The music line up is FREE for everyone to enjoy and we also have Feral Media who are our music merchandise stall guest label. 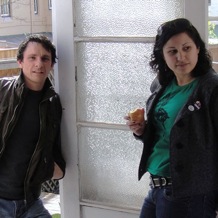 Dusker are a Sydney quintet, brandishing guitars, plinky bits and metallophones. With a nest full of buzzy songs opening their eyes and squinting in the dust, Dusker aims to capture pure joy, quiet air in the hills, dark drunken nights, and deep aches. 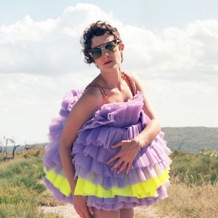 Lauren Horton possesses one of the most beautiful female vocals that you are likely to hear. Her songs are rife with infectious melodies that mould perfectly with sparse instrumentation and syncopated beats. As a live band, we play with drums, double bass, guitar, xylophone, beat boxing and vocal harmonies. 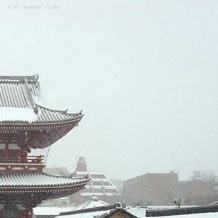 Le Gato Gruff originated as a collective of electronic arstists and musicians/vocalists in 2007. The collaborations continue to evolve and explore accoustic folk, electronic, sound art, and jazz audible sensory frontiers. 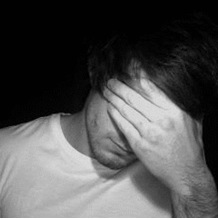 So the best compliment a mate ever gave me about my song writing was “your music is so honest”. It really hit home because that’s exactly what I’m trying to do, you know; Keep it raw. Keep it unsophisticated. 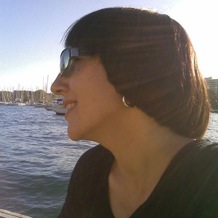 I just love it when people funnel their passion as a human being into the music they make because you CAN hear it. I don’t make music but I like playing it in clubs (14 years and counting), on my radio show (Under The Influene: Fbi 94.5 fm -Mondays 9pm), as well as writing about it (Pagesonline.it) and promoting it (Red Bull Music Academy) 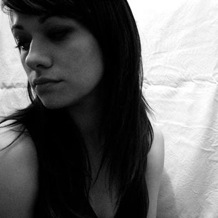 Sydney artist Red Ghost (aka Rosa Agostino) spawns a raw, dark and brooding sound that weaves together her influences of blues, folk, jazz and rock. Songs of reveries and recollection, which were once held close and dear, are now delivered with primal urgency. 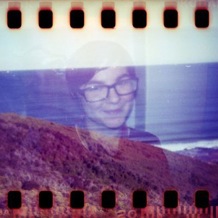 Maddy Phelan has been making songs for about 8 years. She also makes zines and believes that human flaws are sometimes beautiful. Sounds like Jonah Matranga and Kimya Dawson. Influenced by CocoRosie, Arcade Fire, The Unicorns and Neil Young. 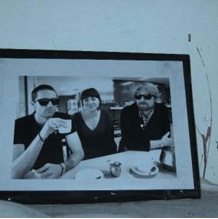 I Dream In Transit make music with Rhodes piano, reverb and an 8-track machine. They write songs about industrial lights and airports. The music should be heard through headphones (while watching muted, late night black-and-white movies from the 30’s). It’s a combination of naïveté and paranoia. 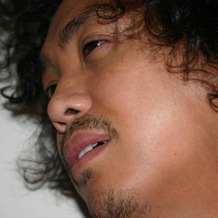 In a forward thinking and avant-garde approach which fuses turntable elements with an eclectic track selection, each set is a musical journey which takes his listeners beyond the aural to capture the emotion. It is through this emotion that art meets music, as James connects with his audience through a cohesive track selection from hip hop to funk and disco classics and unknown. 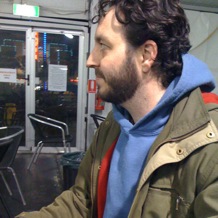 Clark Nova has been playing music in venues from the now defunct Frigid night to Index and has been hogging the stereo at his and his friend’s homes for much much longer. He plays almost anything from soul and jazz to dubstep and nueva cumbia. He wishes he sounded like DJ/Rupture and is influenced by Sonic Youth, John Coltrane and Muhammad Ali. 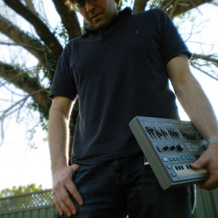 With a contempt for conventionality and a love for experimentation, Broken Chip creates music that is electronic yet organic, machine yet human. “Yes, there are plenty of glitches, living up to his name, but they are never the driving factor. That place is taken by simple melodicism and spaciousness. The stutters are rhythmically uniform and soothing, inviting rather than aggressive.” 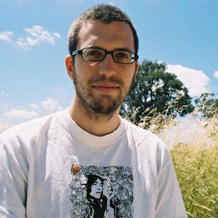 Gentleforce is the music and art moniker of Eli Murray. Within sonic realms Eli is interested in the fusion of repetition, minimalism and organic sounds to create a world of warm electronic soundscapes. Combining a laptop with various instruments, he attempts to build sounds that the listener can lose themselves within… 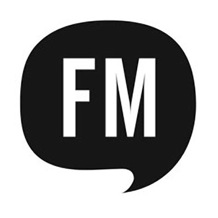 We pride ourselves on releasing interesting new left-field pop and indie music in beautiful & often limited edition packages. All our releases (aside from fab UK band Tunng) have been Australian artists.