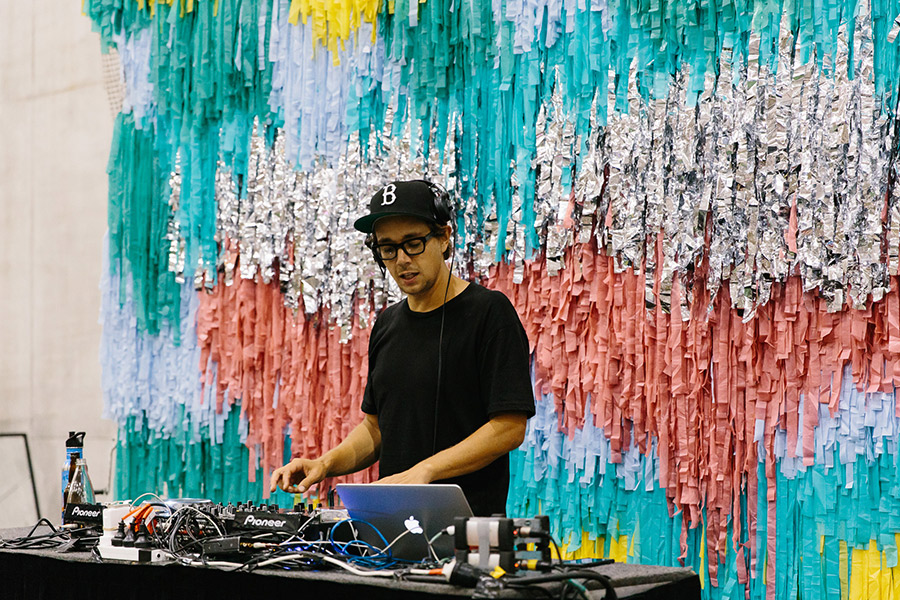 Are you ready to check out the impressive line-up of musicians who will be performing at our Sydney AW18 Market this 4th, 5th and 6th May?

Find us back at our new location, The Cutaway, Barangaroo Reserve at the earlier opening time of 12pm on Friday for a jam-packed evening of live music as well as legendary Purple Sneakers DJ. Share a wine with friends and dance along to the sweet tunes all weekend long.

The kids can also enjoy a special morning performance too! Family friendly band Tip Toe Giants will have two great sets over the weekend. But that’s not all, check out the rest of the great bands below who will be taking up residence on our live music stage!

Darren also worked with notable musicians and producers including with Kylie Minogue, Kool Keith, The Avalanches, The Sleepy Jackson and Cornelius.

Darren has a reputation as being a great and diverse  DJ, even once spinning songs for Richard Branson’s private party in Sydney, he is regularly (sometimes three times a week) is Djing at every Indie dive bar in Sydney and has also DJed at big music festivals In Australia, New Zealand, Japan, Germany.

Playing anything from the Stooges to the Strokes to K.C and the Sunshine band- Darren knows how to bring ebbs and flows to the indie dance floor- peaking and bringing it back for maximum enjoyment. 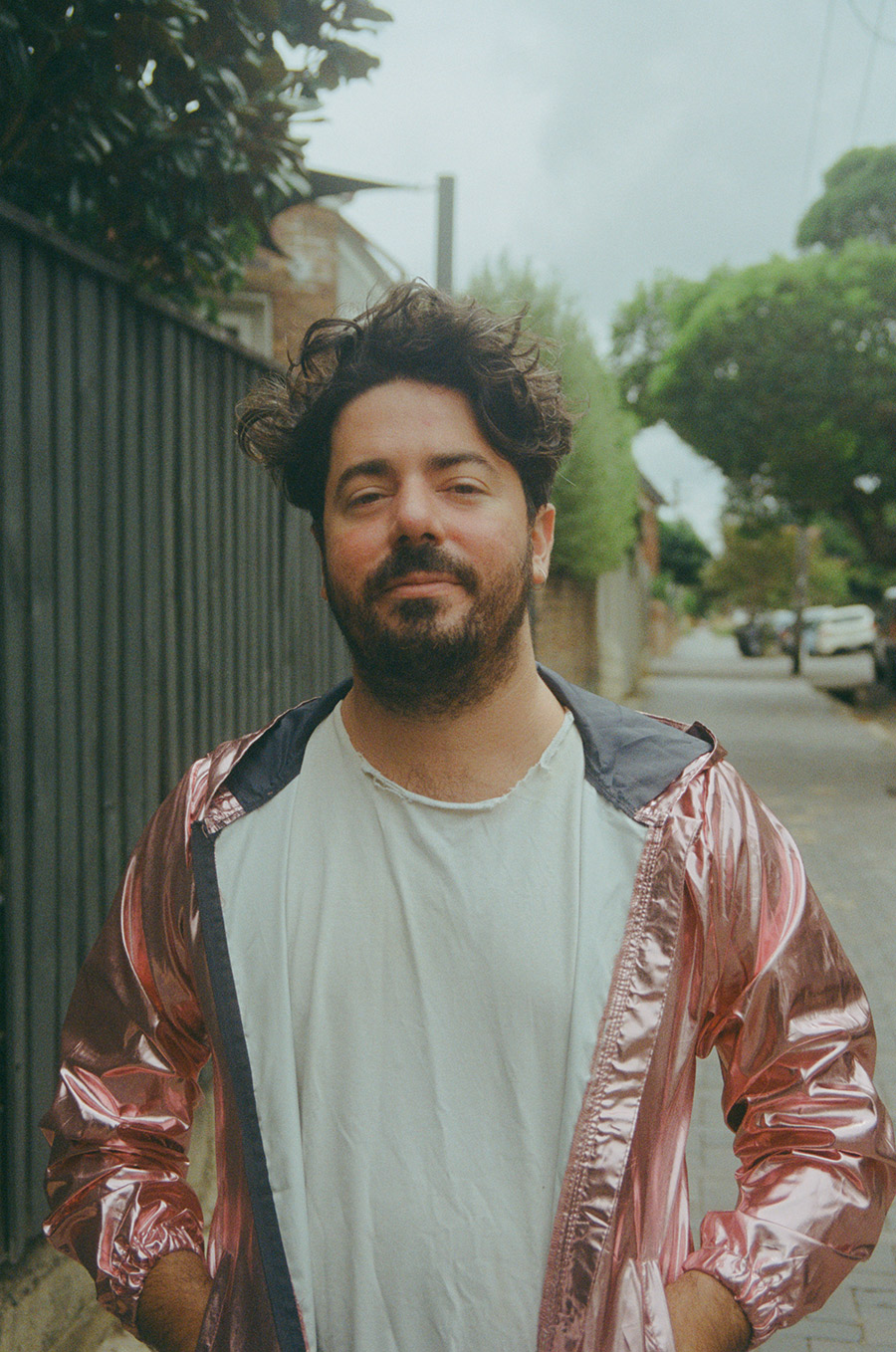 Ben Panucci
Think Mac Demarco meets Father John Misty and Jeff Buckley at the pub…where they proceed to laugh and cry over many beers.

Sought after, Sydney based guitarist, Ben Panucci (New Venusians, Cope St Parade), has now taken centre stage with his debut release as a solo artist, from his self produced album ‘Age of Consequence’. Showcasing his talents as a guitarist, singer-songwriter and producer, Ben’s highly personal lyrics and intricate, yet uplifting production will be sure to catch ears. 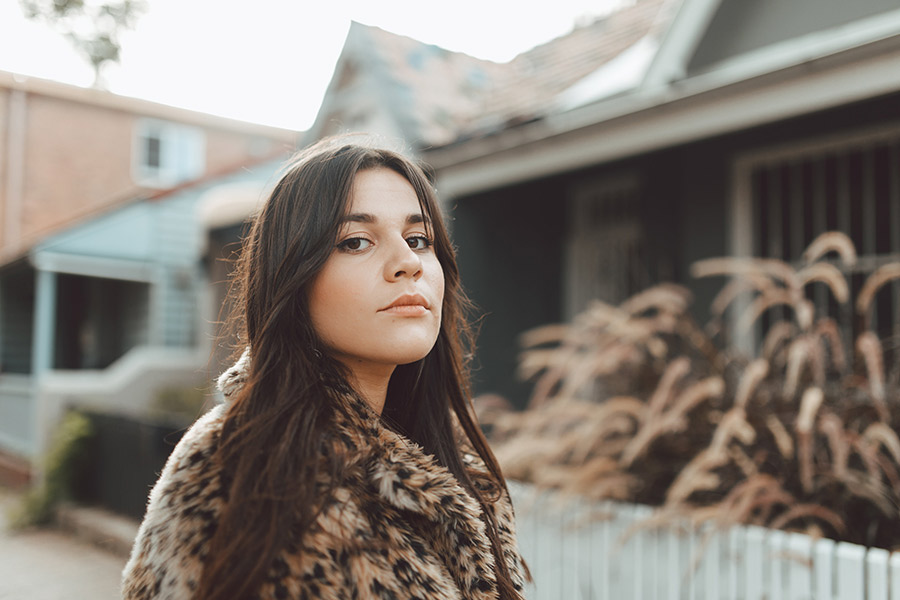 Eleanor Jacks
“These four walls, cloud my mind,” Eleanor Jacks sings with a voice embedded with maturity and richness. It’s a voice beyond her years, reminiscent of London Grammar’s Hannah Reid. It’s a voice that is so stunningly wise that it’s almost unbelievable. To hear soul flow out of someone so young is the only clue you need to realise that Eleanor Jacks is something special. On top of that, her lyrics are washed in youthful candidness that makes this song even more beautiful. “I’ll probably get a little bored and if I do it’s ok I’ll just get up and run,” she sings, wearing all of her intent and her emotions on her sleeve. 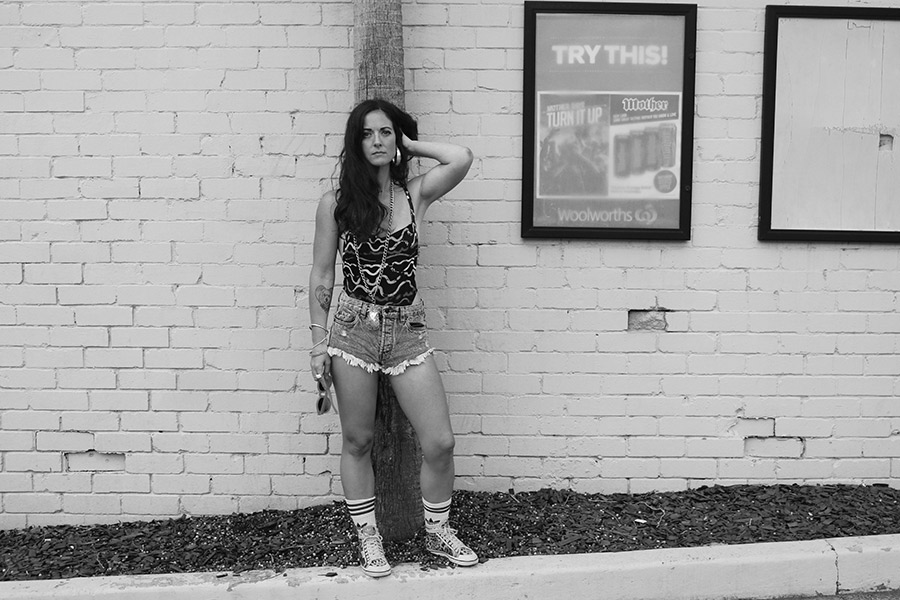 Sparrows
Drawing on sound collage, Sydney artist Sparrows creates electro-pop with a twist, making music using found sounds and manipulated vocals. With musical influences including Kate Bush, CocoRosie, Lamb and David Bowie, Sparrows’ music goes on a trek from doo-wop on prozac to movie soundtrack exploring textures that fuse with her child-like singing style. Fuelled by material from dreams, eavesdropped conversations and graffiti off public toilet doors, Sparrows works to weave these ideas into her music’s narrative. Sparrows’ most recent single ‘On Your Own’ has been generating favourable support from tastemakers including triple j, FBi, AMRAP and Semplesize. 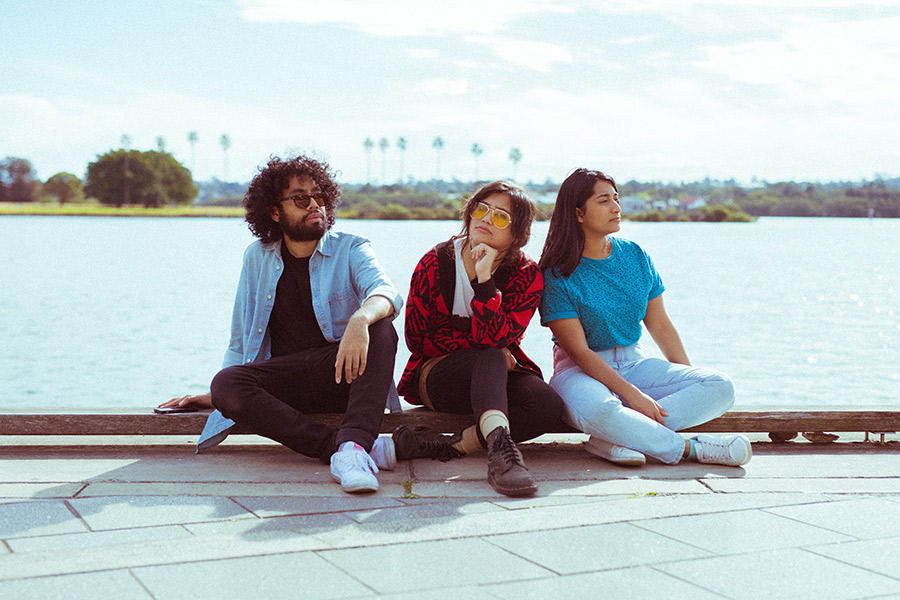 FROYO
FROYO are the soundtrack to a John Hughes movie that never happened. Comprising like-minded kids who met in a classroom, they’re a fun-toting pop group with a swirl of colourful backgrounds and a taste for the 80s. Originally a production outfit in their early days, they promptly refashioned themselves into a live band and have been serving up sweet spoonfuls of synthpop ever since.

Purple Sneakers DJs (Caitlin Medcalf + Eddy Diamond)
Purple Sneakers works to showcase emerging club music from Australia and around the world and has continued to do so for the last 12 years. Bringing together an enthusiastic team of contributors from across the country, we like to think that Purple Sneakers is the centre of a forward thinking, music loving community. Purple Sneakers DJs have been central in continuing this ethos, taking it to clubs and festivals all over the world. They’ve played just about every Australian festival there is to play and have participated in campaigns for brands like Nike, Converse, Adidas and many more. 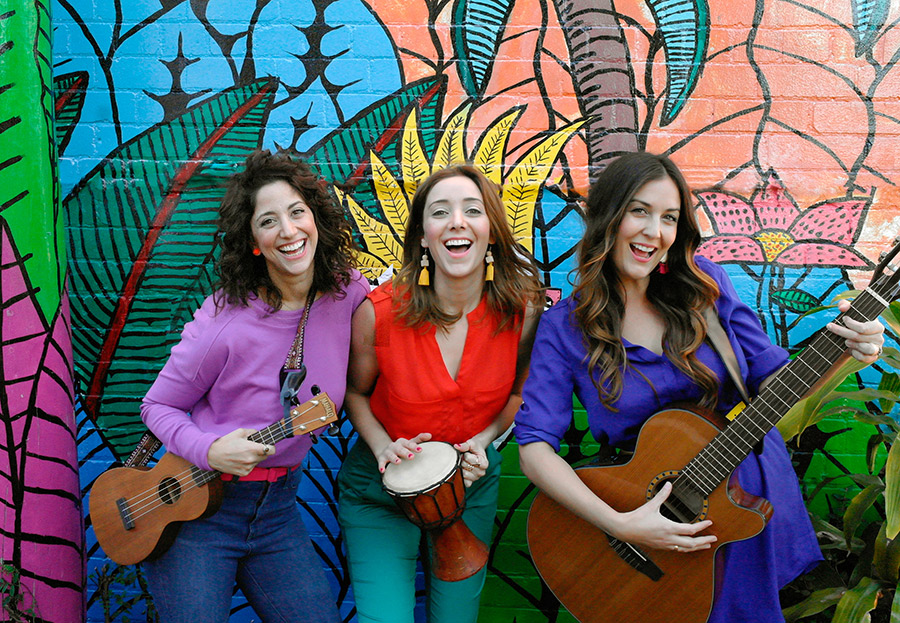 Tip Toe Giants
Do you have your feet ready? Come stomp, dance, and tiptoe with indie-kindie band Tiptoe Giants. Their show “Little Steps Big Adventures” is an epic musical rainbow, from calypso melodies and “jazz-hand” swingers, to bluegrass toe-tappers and more! Kids and adults share the dance floor as Tiptoe Giants inspire the little giant in all of us! 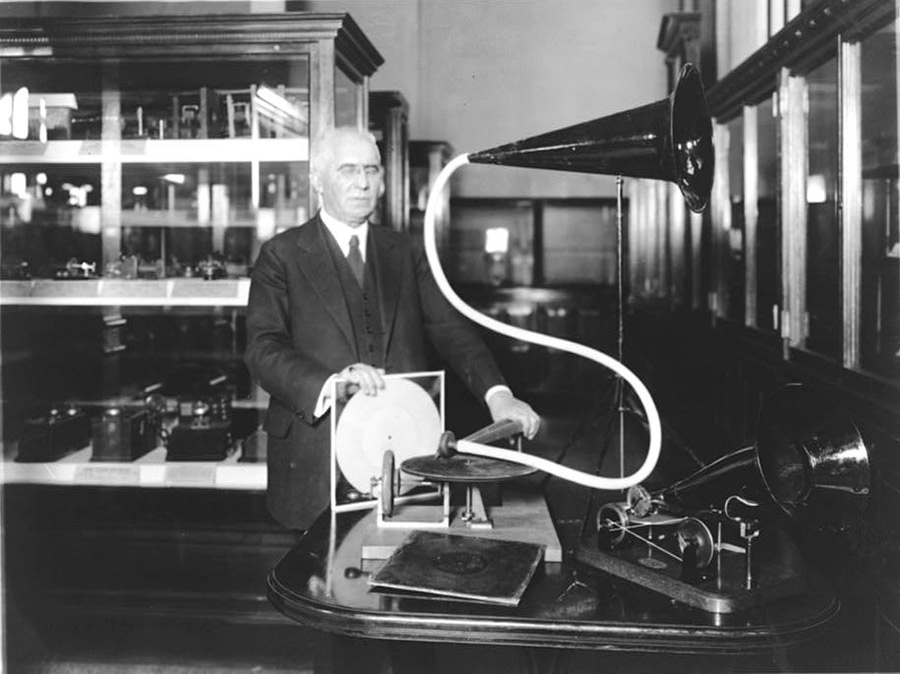 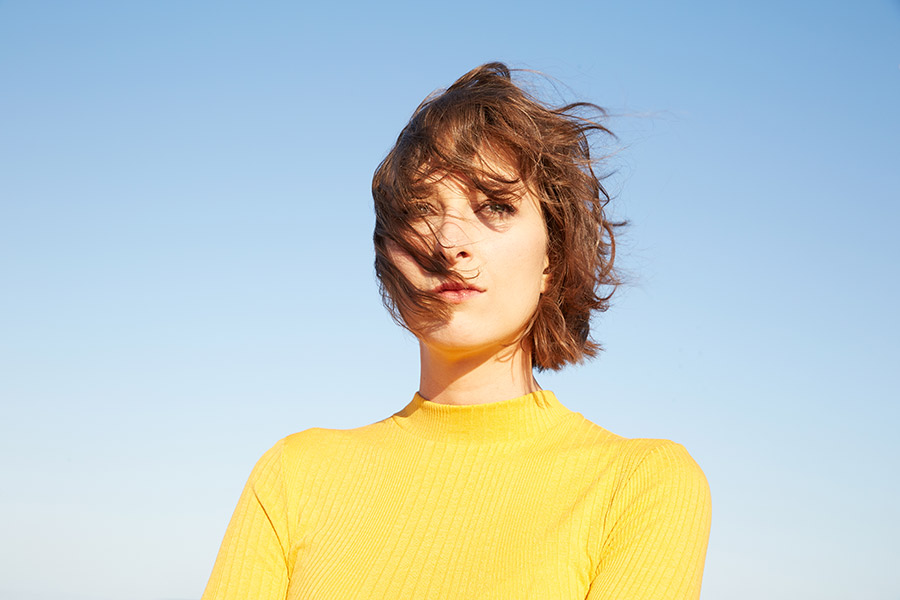 Matilda Abraham
Matilda Abraham is a vocalist and songwriter who produces her own music. A trained musician, Matilda’s sound combines a long-held fascination with songwriting with etherial vocals, warm synths and delay affected drum machine. Matilda was a 2016 participant in the prestigious Red Bull Music Academy. This opportunity saw her selected by Grammy award winning producer Chilly Gonzales, along with four other participants, to collaborate for a sold out show in Montreal, Canada.

Matilda’s latest EP Away came out on February 12th, 2018. Heavily layered vocal arrangements feature prominently providing a bed of lush texture. This is juxtaposed by her use of cheap, vintage Casio keyboard and drum machine. Effects and layering of instruments take the music deep into the realm of production where Matilda continues to cut her teeth on the full indie artist skill set. 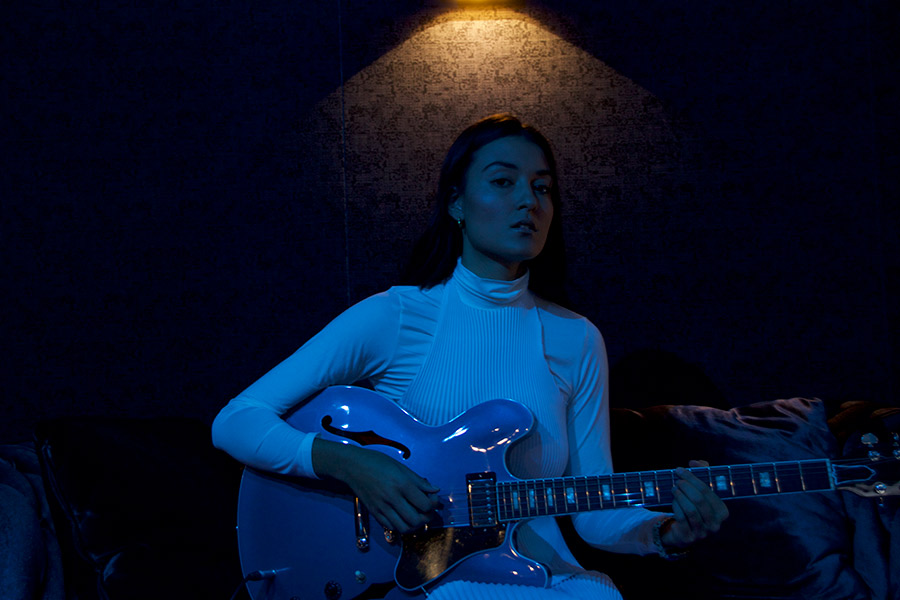 Milan Ring
The concepts of duality (Ying & Yang), spirituality and personal evolution are a constant source of inspiration to Milan’s artistry, as is the influence of her environment. From the sparkling city of Angels to humble Australian outback bedroom beats, her music is a rendezvous between polarities, laced with spiced Caribbean rhythms.

Milan’s signature sound is a carefully orchestrated balance between the analogue and digital worlds, blending live percussion with electronic drums and synths with her raw guitar takes. Her production dances between moods and elements whilst her dynamic vocals bounce from low earthy raps to luscious harmonies. Lyrically, her songs are a conversation about control, decisions and navigating the spectrum of self, with verses that burst into a pure stream of consciousness.

This one woman powerhouse is perfectly illustrated to us in her live show, stepping out solo, creating loops, dropping beats, triggering samples all whilst effortlessly leading with the guitar and engaging us with her honest & unique vocal. 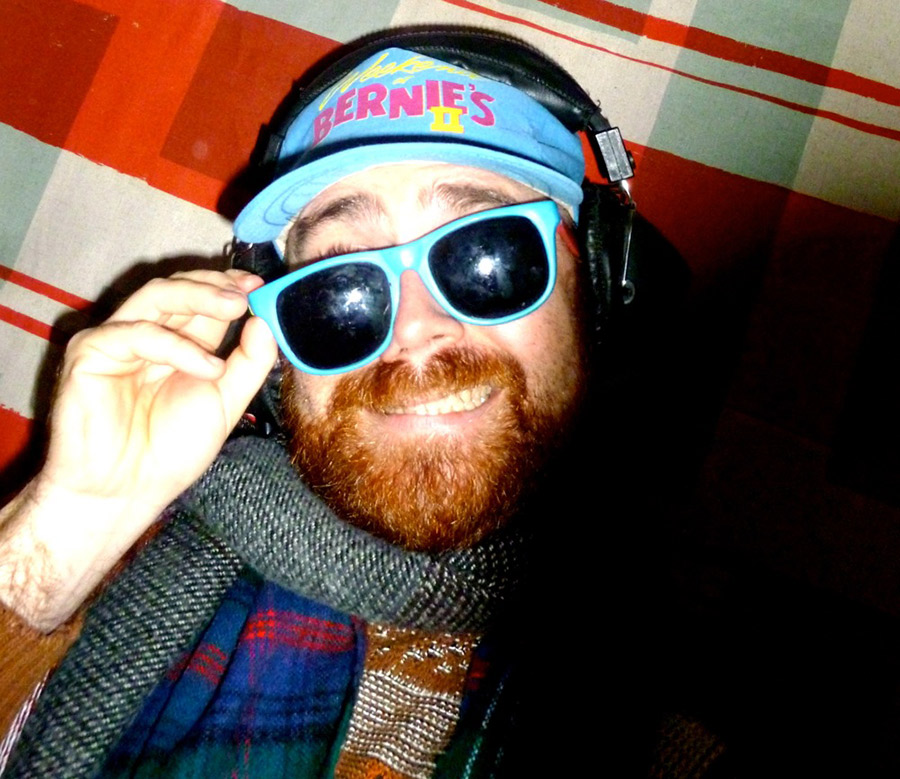 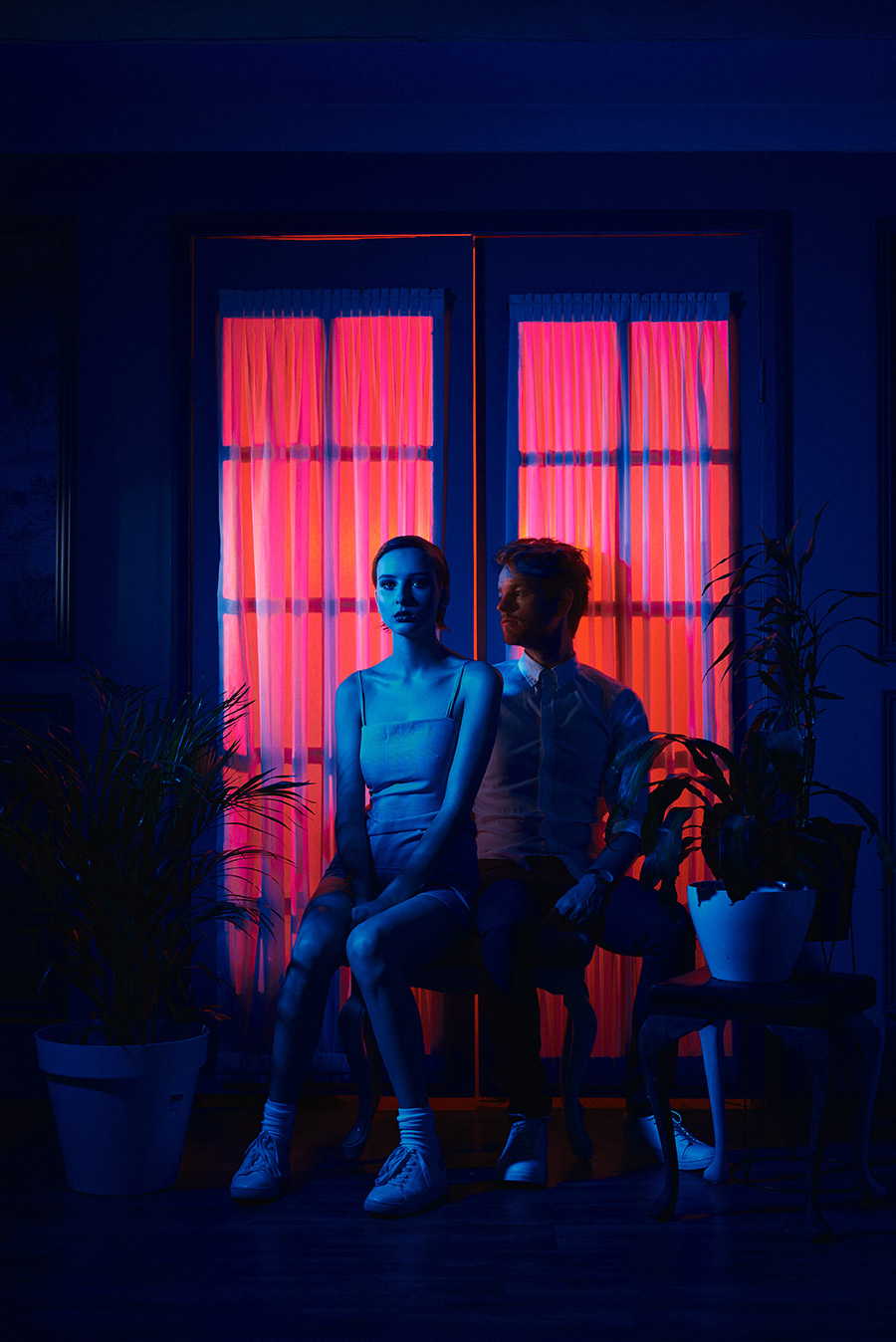 CHYMES
Music producer Cameron Taylor and songwriter Kiersten Nyman have pricked up the ears of music fans far and wide with their homespun and tender music. Chymes have shown their instinctive and rare ability to draw a listener into their own intimate world. Full of gently flirtatious beats and haunting lyrics, their unique brand of electronic-pop has captured an audience around the globe with their first single ‘Oracle’, debut EP ‘Grow’ and now one of their latest tracks ‘Bloom’ with over a million streams alone. All together, Chymes have racked up an impressive 3 million+ streams worldwide on Apple Music and Spotify.

From a converted spot on Triple J’s unearthed rotation, to fan made videos of their lyrics translated into Spanish, hailed as “mesmerising” (Indie Shuffle), with “hints of Purity Ring with its eerie vocals and captivating soundscapes” (Howl & Echoes) and a “new talent” (The Music Ninja). Chymes are bringing a fresh new sound in the fertile Australian independent music scene.