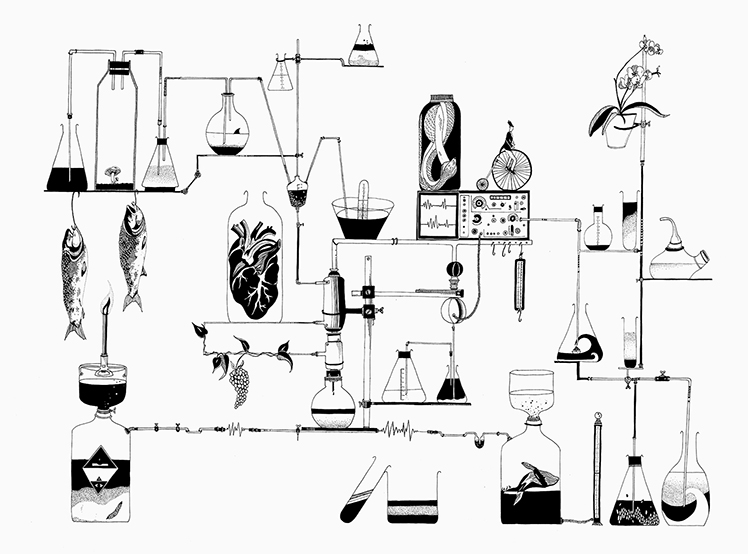 From the island of Rhodes in Greece, to London and then on to Melbourne, artist Chrysa Koukoura is strongly influenced by her environment.  Chrysa’s varied art background has evolved over the years, from her graphic design beginnings to her new minimal illustration style, which has been heavily influenced by her slick Melbourne surrounds.  Read on to learn more about Chrysa’s inspired process.

How would you describe your style of artwork and how has this evolved?
My style is very graphic (I come from a graphic design background) and although hand-drawn, can look computer generated.  I feel like it has evolved a lot since I’ve been in Melbourne, from very intricate patterns to a lot simpler graphic shapes such as cold-drips and science lab set-ups.  I feel its become more refined, more like art that I would put on my wall and definitely influenced by Melbourne’s minimalist style!

What is your background and when did you start illustrating?
I come from a purely Design background, I studied ‘Design’ full-time from the age of sixteen after leaving school in the UK, then going on to study graphic design in London.  My course was very open and so illustration featured a lot throughout my degree in various mediums.  I began drawing in the style I draw today at the beginning of my third year at university, drawing insects (that feature in one of my prints!).  I became obsessed with it over the summer holidays and drew one hundred insects which I then bound into a book.  Once I graduated I moved to east London worked my fair share of shit-jobs, and took up a long internship in a design studio that I decided wasn’t for me; I stopped drawing for a couple of years.  I couldn’t find a job in anything remotely creative so I lost a lot of confidence in everything I was doing.  I ended up getting an email about an awesome illustration opportunity while I was travelling in India and decided that when I got back to the UK I would pursue becoming an Illustrator.  That opportunity never eventuated but I’m so thankful for that email as I would probably still be re-sizing images and colour-contrasts in Photoshop, hating my life if it wasn’t for that. 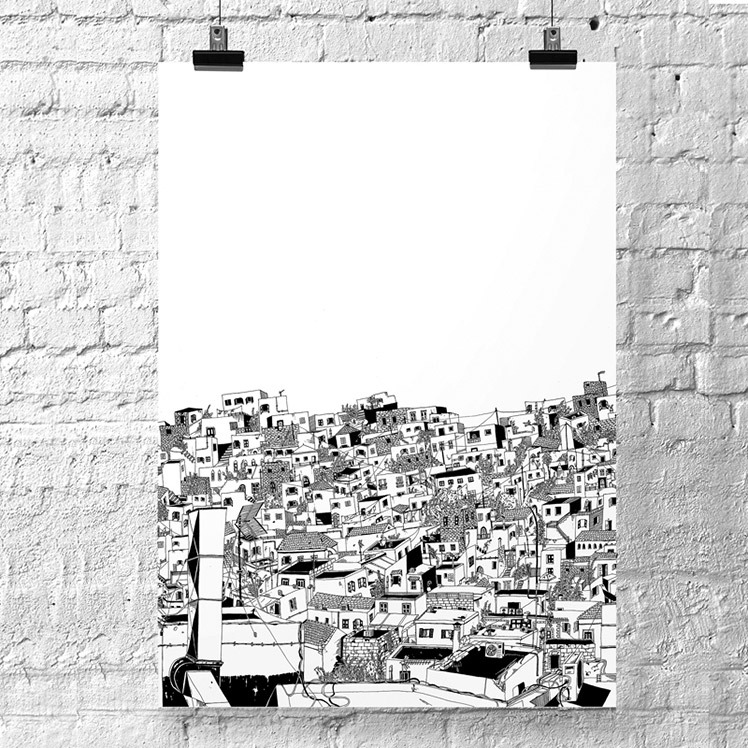 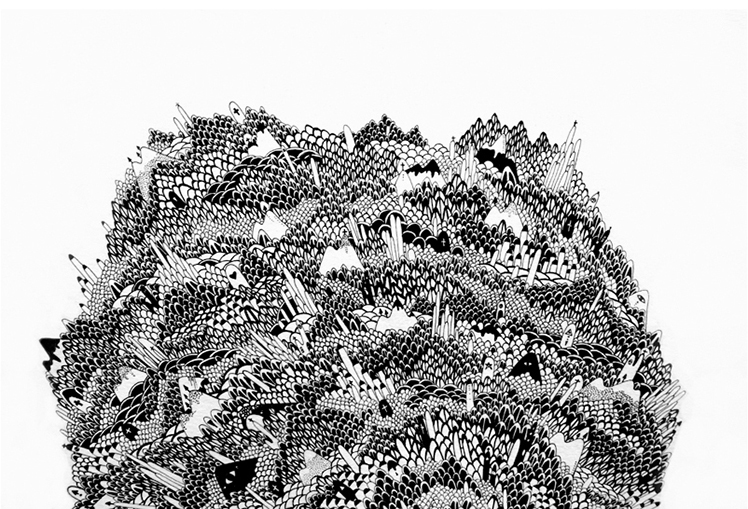 What inspires your work, and where do you look for inspiration?
Inspiration come from all over, I can’t really pin-point what it is.  My surroundings, things I read, things I do, music I listen to, people I speak with….

What mediums do you like to work with?
For work, I use fine-line pens on paper, but I love life drawing and using things like charcoal and pastels.  It’s a nice change using something so blendable and different to my usual medium. 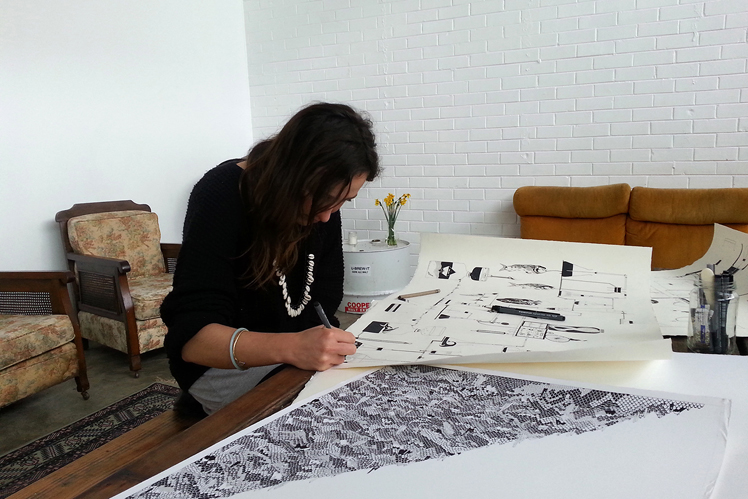 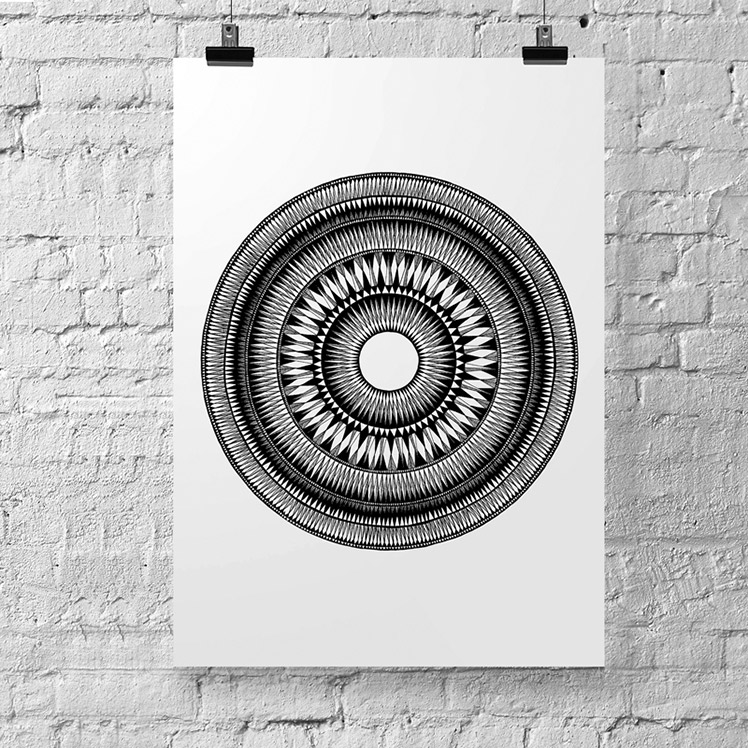 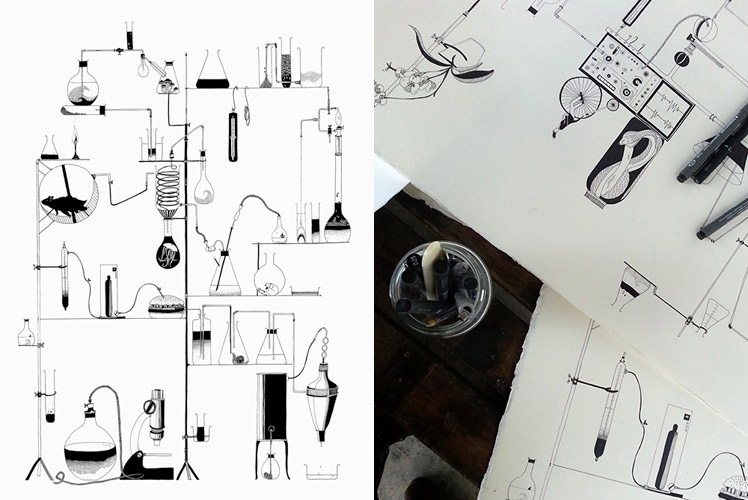 Describe your workspace and surroundings and what your creative process is.
I tend to go on drawing binges, not drawing for a while then drawing non-stop.  All or nothing.  At the moment I feel like I haven’t drawn in forever as I’ve been so busy promoting my work and selling my prints that I just haven’t had time.  I feel very guilty for that as at the end of the day this is what I’m trying to make a living doing!  So I need to work on that.  But I’m taking myself up to live by the coast over autumn/winter where I will be drawing non-stop to make up for lost time!

I like to draw in solitude if I’m honest.  Headphones in.  I treat my drawings like reading a really good book.  Lots of breaks, but any spare moment I have I will get back to it.  They take a long time so I don’t finish them in one siting.  After 7 hours or so my fingers begin to cramp from being clawed round my pen for so long, so on my drawings breaks I plan the following drawing.

What advice would you give other artists/illustrators starting out?
Find your style and make it your own.  Get your work out there (the internet is a powerful tool!) and be patient.  Perseverance, Perseverance, Perseverance .
Don’t except to make a living from it straight away either.  I’ve had many moments in the last few years when I’ve thought to myself ‘what-the-f**ck-am-I-doing-with-my-life’ and I still do!  But it’s great.  That silly thought never stays.  Haha 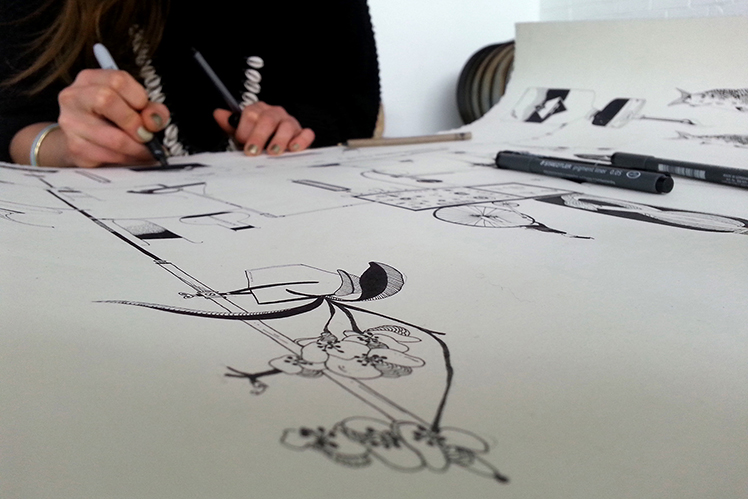 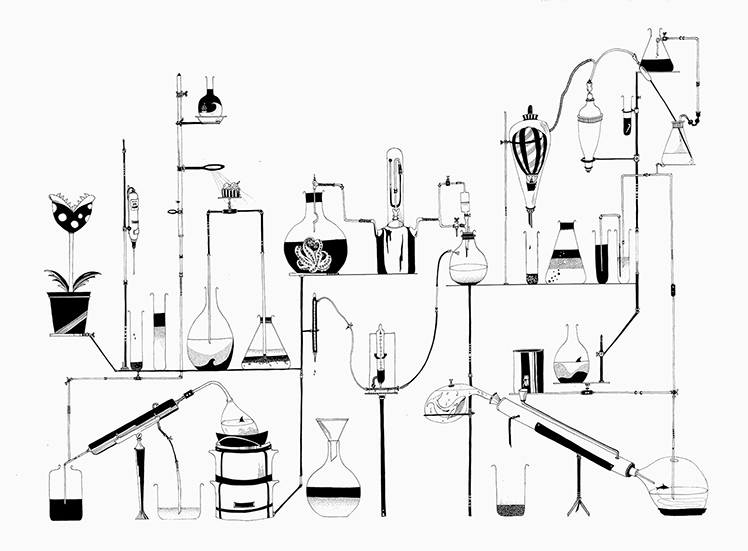 What kind of clients have you got to work with, and what have been some of your favourite projects?
I’d say at least half of, if not the majority of clients I get want the rights to use drawings that I have drawn for myself instead of to a certain brief (which is great) so I have some t-shirts coming out through 55DSL later this year and Pointer footwear in 2016.  I’m also collaborating with Cashmerism who makes plush cashmere shawls and products to make some intricately patterned cashmere goodies.  I’d say my favourite projects to work on though are for a band called Honeyblood; I did their logo and first single cover a couple of years ago and have been doing all their artwork since.  It’s great as I get alot of creative freedom in the whole thing

What aspirations do you have for the future and what would be your dream project?
To become the next Rob Ryan, haha.  I want to have very little to do with selling, and promoting (rubbish at using social media) and just spend all the time drawing and travelling the world.  I’m still a little while off that dream but slowly slowly!
Dream project, probably a gigantic mural on the side of a building. I’ve done a small-scale mural but would love to opportunity to do a huuuuge one. 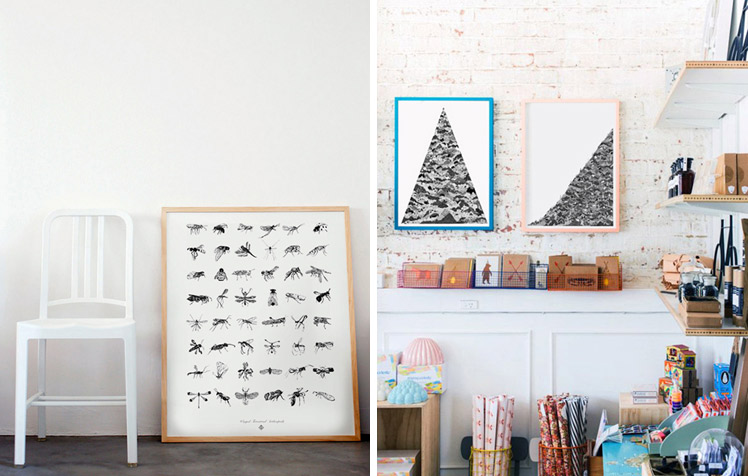