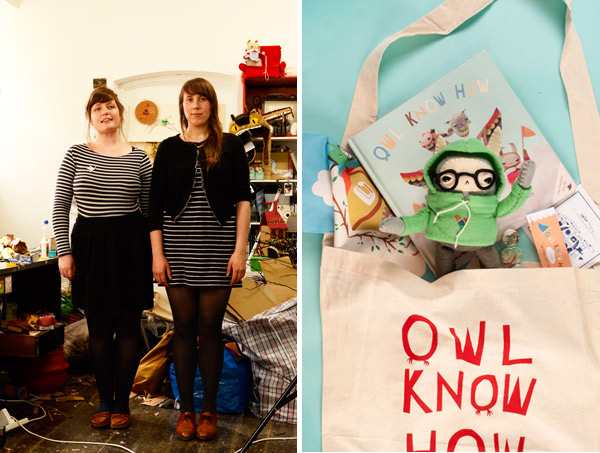 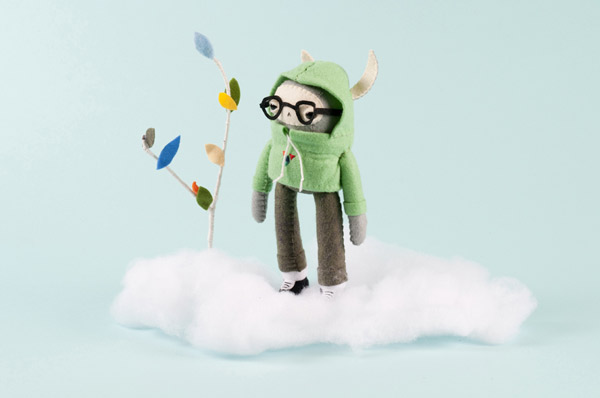 Tell us about ‘Owl Know How’ and how the concept came about? what are your backgrounds and what lead you to working together on this book?
Isobel is an animator and also a musician, she studied at RMIT and also adventured around the world playing trumpet for Architecture in Helsinki. She makes short films, animated art installations and all kinds of odd commissions. Her work with artist, Van Sowerwine has won several awards including a Special Distinction at the 2005 Cannes Film Festival and the 2010 Premier of QLD’s National New Media Art Award.

Cat makes things, specifically plush versions of animals in funny outfits. She has been doing this for quite a while now, and works out of a lovely studio in Melbourne which she shares with artists Catherine Campbell and Andrea Innocent. Cat has exhibited her work throughout Australia, and in group shows internationally. On a normal day, Cat can be found sitting in her studio sewing madly whilst watching an assortment of BBC dramas.

Owl Know How happened when Isobel and Cat met through their mutual friend Andrea Innocent (who shares a studio with Cat and shared a house with Isobel). We saw each others’ work and were enthralled. Cat was preparing for an exhibition, her first solo show at No Vacancy Gallery in April of 2011, and Isobel suggested they work together. They met in Cat’s studio one day and Isobel had the amazing idea of Cat’s rabbits creating owls in a big cardboard factory. To Cat’s mind, this was the most excellent thing she could imagine and they set to work. They constructed the factory, Cat supplied the characters and Isobel made the animation. It was screened at the Cat’s exhibition opening in Federation Square and in No Vacancy Gallery, where it was seen by a publisher from Thames & Hudson who then approached Cat with the idea for a children’s book. From some very exciting preliminary meetings, Owl Know How became a real life book deal! 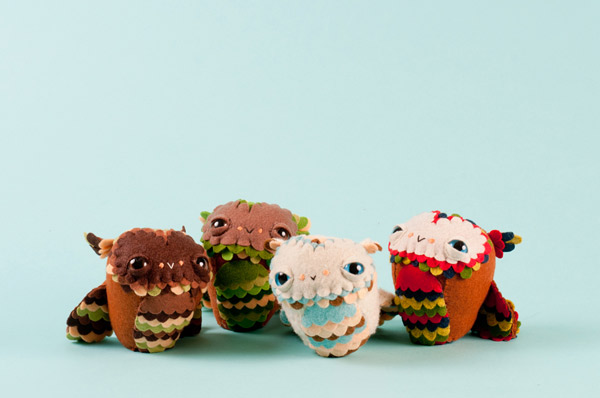 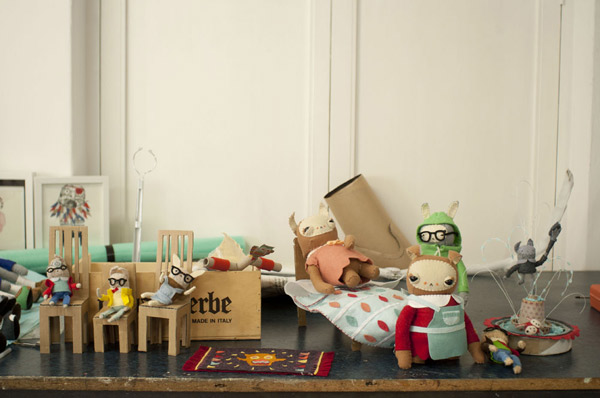 Isobel – your animation work is amazing! what do you love most as an artist, working with animation?
I love watching things come to life which seems clichéd but it stays magical for me always. Especially with animating characters I am always so excited to uncover the nature of a character that only appears when it begins to move. I usually spend so long alone with them that they become like little friends. When I rewatch things I made long ago it’s like seeing someone I haven’t spoken to in a long time. I wonder what they’re all doing now…
I also love collaborating. It’s a great medium to combine with other practices. I’ve worked with all kinds of people – designers, painters, a mathematician-comedian, theatre directors, a circus, textile-artists, musicians, sound-designers, carpenters, programmers, and of course, other animators.

Cat – what has been some favourite moments working on this book?
Working with Isobel is a delight! I still think the best moment for me was seeing my characters blink in her animation. It is so much fun to share an experience like this, the tendency to go insane is far less likely too.

Creating our own world out of very basic materials was extremely satisfying. I have been making the rabbit and owl characters for a couple of years now, and it feels a bit like I am watching them leave home to fend for themselves. I hope they will be ok in the big wide world. 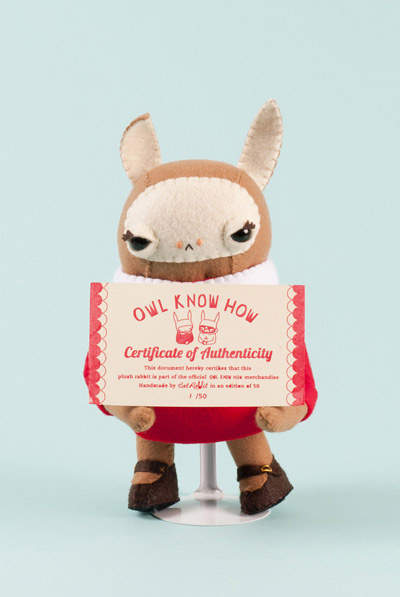 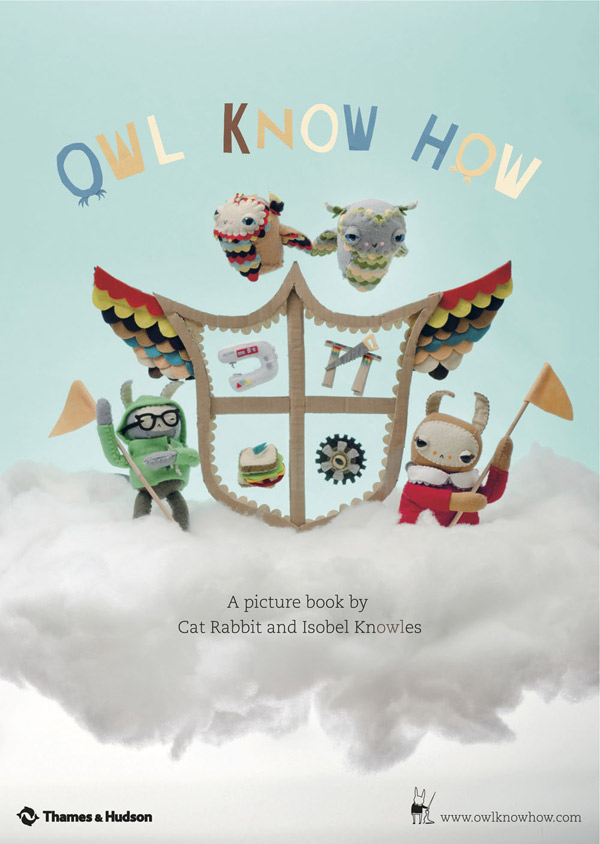 What can we expect from the Owl Know How stall at the upcoming Melbourne FK Markets?
We have designed and made a whole bunch of fun Owl Know How related merchandise! Digitally printed cotton hankies, screen printed tote bags, limited edition plush versions of the main characters, badges, felt brooches and, of course, the book!

When is the Owl Know How book launching, and how can our readers get their hands on it?
Owl Know How launches officially on the 4th of April, at No Vacancy project space in Federation Square (where it all began!). The opening party runs from 6 – 8pm, and there will be an accompanying exhibition running from the 2nd – 8th of April with sets and characters from the book. We will be there signing copies too!

There are a bunch of other events and fun things, it’s all on our website. Owl Know How will be available in all good bookstores and through our online shop. 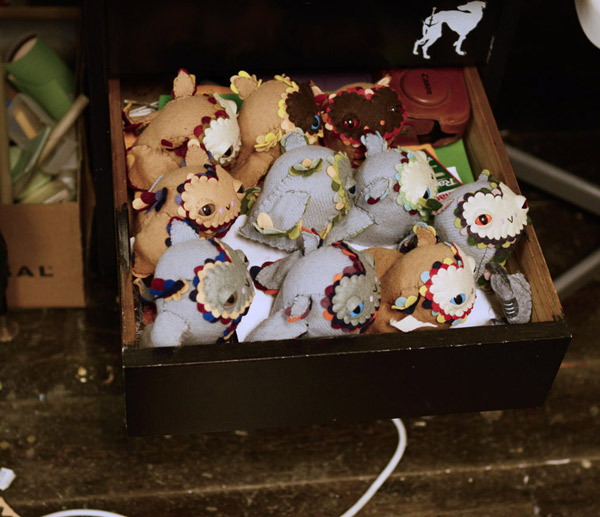 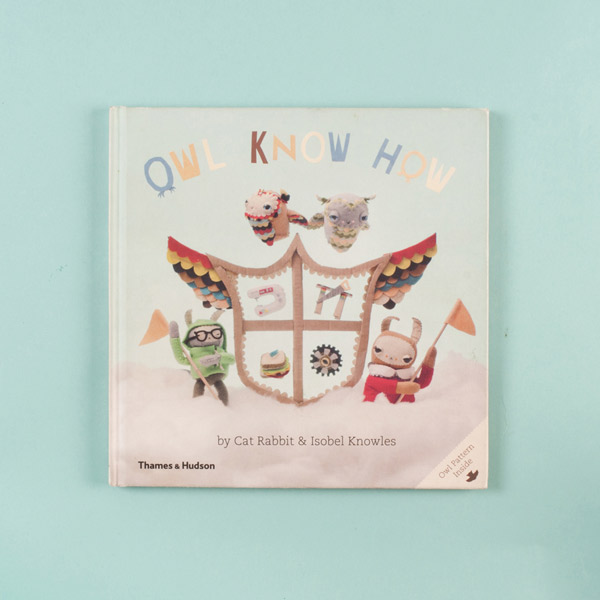