So here it is! Our live music line up announced for Saturday 26th & Sunday 27th March, at the Finders Keepers Melbourne Markets! We have 2 days of an array of wonderful live music arranged. The live music is FREE for everyone to enjoy. Check out the below for the line up and some snippets of the bio’s of some featured musicians.

Tané
Tane Emia-Moore is a 20-something bluesy-poppy-rocky so and so, originally from Tasmania, now based in the Australian musical mecca – Melbourne. With high energy dirty rocknroll songs, as well as a somber bag of blues and croons, his stage show is a dynamic, emotive, and very personal insight into a mind overcome by music.
His solo shows have been getting blood pumping and toes tapping for the better part of 2010, and 2011 looks to be a big year for this young songwriter, with a Tasmanian Tour in the works, Victorian music festival spots primed, National one-off gigs, and studio time for his first EP also in the pipeline. 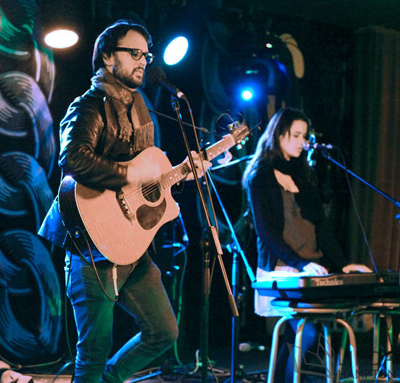 The Stirling Collective
The Stirling Collective is a folk rock/ indie band brought to you by Josh Simoes and Olivia Hand. The delicate harmonies and intricate melodies of this acoustic duo will be sure to warm the cockles of your heart. Their original, dynamic sound has been shaped by influences ranging from the Bon Iver to The Beatles, Fleet Foxes to Fleetwood Mac. If this sounds like your cup of tea, then head to the Finders Keepers Market on Saturday March 26th for an afternoon of chipper tunes, groovy beats and delicious melodies. 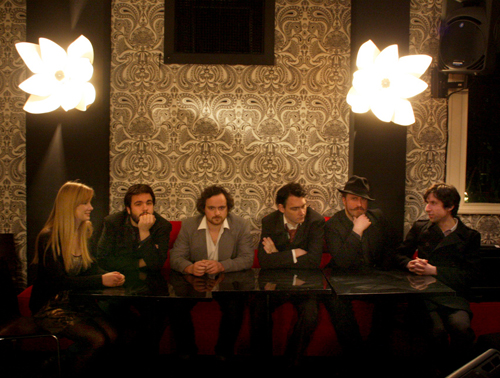 The Bon Scotts
THE BON SCOTTS ARE NOT AN AC/DC COVERS BAND
It’s hard to put a finger on The Bon Scotts, there is no box quite big enough nor any genre so wide as to contain them. The charismatic blend of found sounds, home-made instruments, traditional folk, modern stories and toe-tapping rhythms ensure their very own brand of infectious and sweet music, ascribing to “what it means to be young” – Neon Hearts.

The sound of the seven piece is all at once distinctive and captivating, brilliant, if quirky, and come with a playful cynicism and palpable passion for word play. Though, arguably- the most exciting aspect of The Bon Scotts is the vigour these guys bring to their live performances. Never holding back, they give all to the audience. Animated and outrageous they paint the atmosphere with electricity and ‘youthful, unfiltered charm’ – Mess & Noise 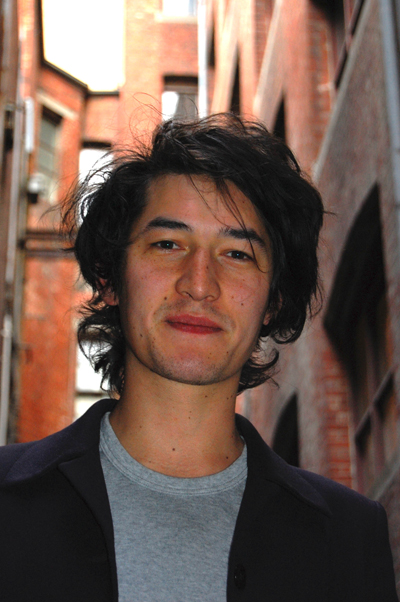 Lok Tan
Drawing from classical training at the Melbourne Conservatorium and a love of techno, Lok Tan writes music for piano and electronics. He once played for the Queen and is a lawyer working for the Government.It will be Lok’s first appearance on stage where he will be mixing live electronic beats with  jazz piano. 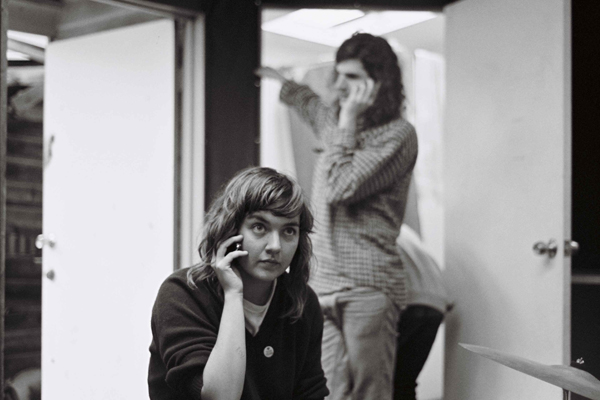 Courtney Barnett
Courtney Barnett plays jangly-folk-pop guitar and sings with a hurricane of happiness. Her upbeat melodies are matched by her on-stage charm assault, singing songs of observational highs and lows, with a positive spin on the negative things.
2010 has been a busy year for this sparkle-eyed songstress after setting off on her first Australian East Coast tour, and then being selected by The Push and FReeZACentral to be mentored by Sibylla Stephen of Melbourne folk-pop sweethearts The Little Stevies. Courtney has been finding success and subtle appreciation all over Melbourne, including her hyptnotic and melodic track Anonymous Club being featured on the Naked In The Woods 2 compilation alongside The Little Stevies, Clare Bowditch, Monique Brumby and Angie Hart. This album popped up in Rhythms, Frankie, Triple J Magazine and was Album Of The Week on ABCs Radio National.

With a merch table that consists of home-made CDs/cassettes, name-stamped pencils, and appropriated strawberry jam, Courtney Barnett’s songwriting talents are equally unique and unexpected. She sings from her sleeve, writes with her left hand, and doesn’t talk about the same old things that everybody else is talking about. Currently recording a debut EP in her bedroom, Courtney Barnett will steal your heart and sell it for rent money. 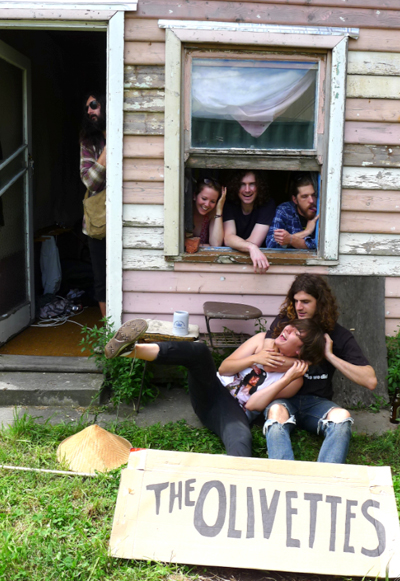 The Olivettes
The Olivettes bring you some original pop summer surf avant-garde country folk rock. They’ve shared the stage with Adalita (Magic Dirt), Immigrant Union & Tamworth’s favourite country boys The Merri Creek Pickers plus they played at the 2010 Numurkah Foodbowl Festival and Queenscliff Music Festival. The Olivettes are recording in February 2011. Expect a 3 track single in March, followed by a 7″ split, and a full album around July. They’ll be playing in your backyard this summer and your lounge-room in winter. 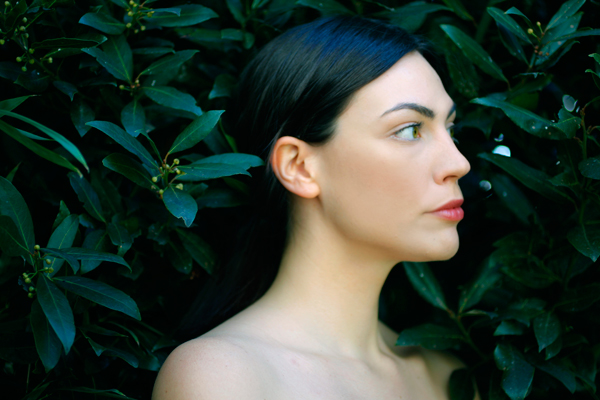 Georgia Fields
Fields made her entrance on the local music scene in December of 2007, with her independently released EP ‘Drama on the High Seas of Emotion’. The title-track peaked at #4 on the Triple J Unearthed Pop Charts that year, and with each CD cover handcrafted from a Little Golden Book, Fields soon sold out.

In November 2010 Georgia Fields was featured as “Album of the Week” for Radio National, Radio Adelaide, and Beat Magazine.  In the same month, Fields was invited to be a special guest (alongside Kim Salmon) with The Rockwiz Orchestra at The 2010 Queenscliff Music Festival.  Acclaimed singer-songwriter Clare Bowditch named Georgia Fields as one of her ‘recommendations’ for 2011 in the recent February issue of The Age Magazine, and JMag have announced that “Fields is one to watch”. 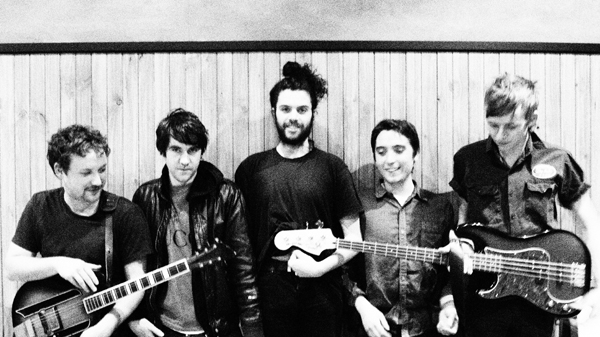 Pageants
Pageants are a coconut-garage sandal-gaze band from Melbourne. Their debut EP, ‘Forbidden Delicious’ (recorded by Mickey Young of Eddy Current) is currently available in stores as a 7″/CD and has been released in the US through Night People. The debut Pageants LP will drop late 2011