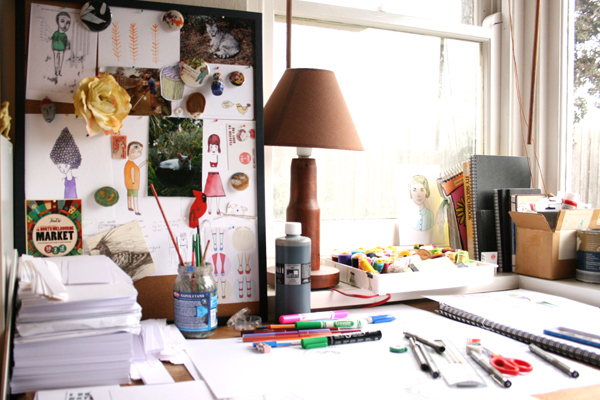 Able and Game is quite well known given the short time frame you’ve been up and running. Can you tell us where the name comes from?
Coming up with a business name that you like is really hard. I think one of the reasons I decided to really push Able and Game was because I liked the name and didn’t want to let it go to waste! The two words come from Gareth and my initials with an E stuck on the end to form a word, Anna is the Able and Gareth is the Game.
What are your backgrounds and how did you get started?
I have a background in fine art and did my Bachelor degree in painting and drawing at the University of Ballarat. Gareth has a degree in computer science from the University of Strathclyde in Glasgow. After university I worked as a secondary teacher and had an accessory label called Anna Laura and Gareth has previously worked as a business analyst, application developer and software engineer and currently works freelance as a web application developer. 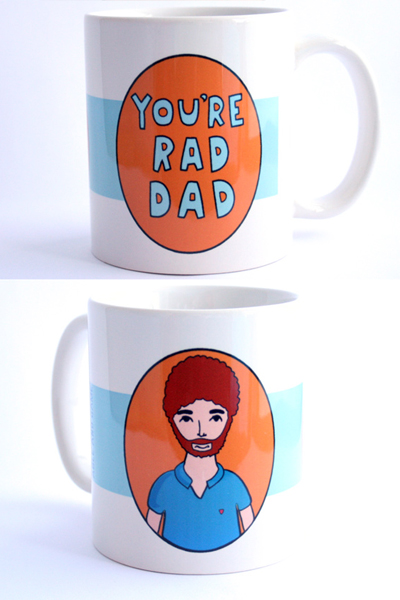 We love your quirky cards! Where does the inspiration come from?
So many different places and each card has its own a unique story. We also get some help from friends and family. My sister is good at coming up with ideas, particularly for our train station cards. Our ‘I would give up my superfast internet card – for the weekend’ came about after our DSL modem broke a few years back and we had to go back to dial up for a week while waiting for a replacement modem. I think we both came out in hives and remember it as the worst week ever.

What was the hardest part about starting your label?
Working from home on your own is hard, it can be isolating and you often end up wasting time online because you want some human interaction. Suddenly you’re wasting half an hour on facebook looking at the wedding album of someone you don’t even know. Sure you can put it under “research for wedding cards” but with no one to tell you off you can suddenly justify a whole bunch of stuff that really is a waste of time. 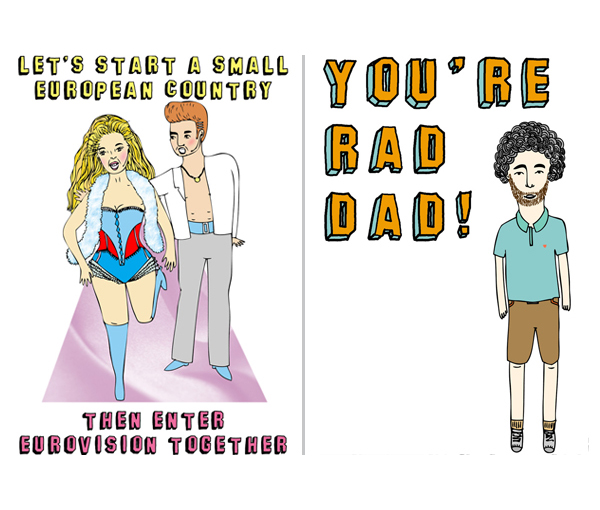 Tell us your top 3 things to do in Melbourne to get inspired.
Walking around the city at night when it is quiet, but not too late. Sunday nights are good because there are not too many people around. The other night I walked from Carlton down to Flinders Street and although it was a bit chilly it was a nice way to relax and take in the buildings and public art. On the weekend we do markets on both Saturday and Sunday. We have a regular stall at Rose Street Market and have some of good friends who also have stalls. It is great fun to catch up after five days of working alone by talking shop and looking at new products people have made. We often head to a pub afterwards for dinner and drinks and by Monday you feel pretty recharged to start the week ahead. Melbourne also has loads of things on during the week, which is good for people like us who work on the weekend. Gogo dancing and gallery openings, anything you can do with a drink and a friend is always going to make a good night!

What’s the next stage for Able and Game?
We are always thinking of new cards, trying to come up with that perfect card that make someone tell his friend his cheeks are hurting from laughing so much. We also have some new stationery items as well as a few giftware items. I keep dreaming of the day we can hire someone else and I can have a co-worker. I have a feeling whoever it will be will need to be able to listen to my inane gibbering about card ideas, cats and television shows. 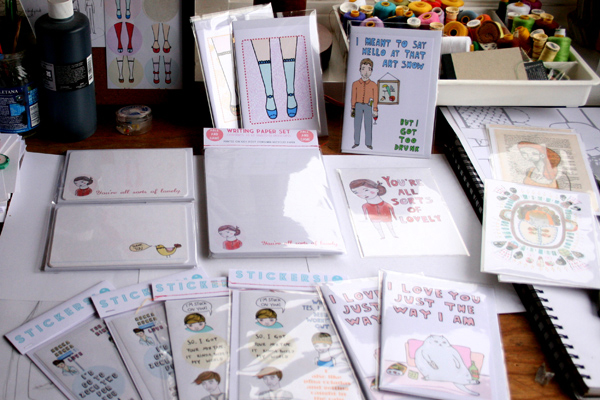 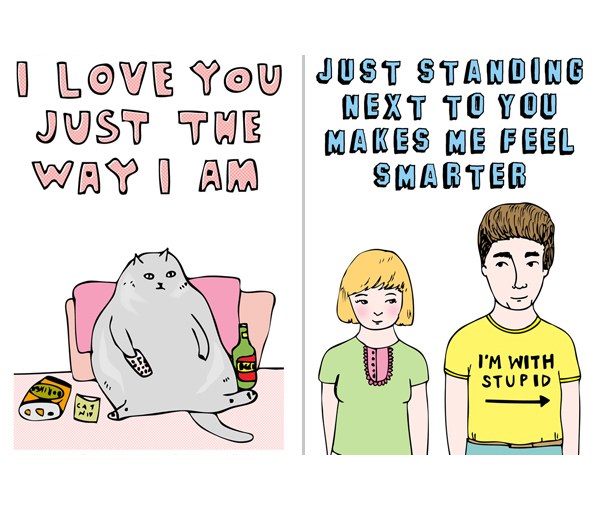