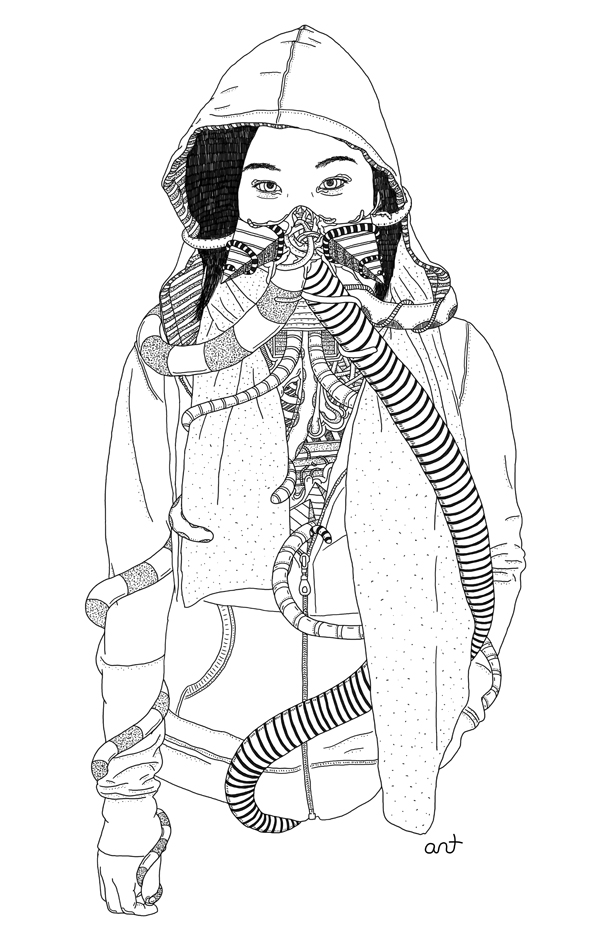 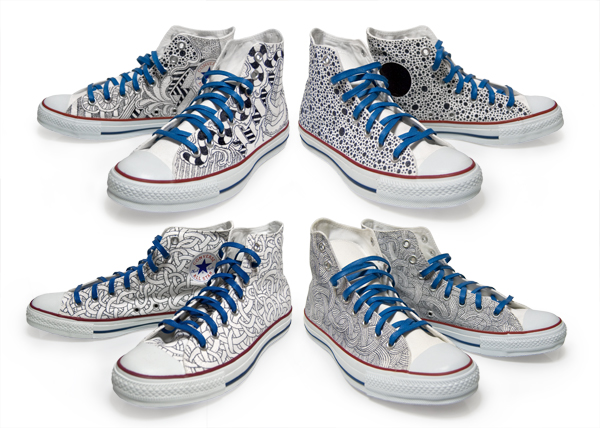 FK talks to Ant Hayes, a Sydney artist who was one of our runners up in our recent Art competition.

How would you describe the style of your work?
Black and white doodles of pyramids, tentacles and faces with the occasional splash of colour.

What is your background and when did you start illustrating?
I studied Digital Media at the College of Fine Arts in Sydney and then I worked in television for about 4 years, doing motion graphics. I decided to take a bit of a break and do something completely different, so I packed my bags and moved to Tokyo at the start of last year.

I started illustrating just for fun during university, mostly vector based stuff but it wasn’t until I was involved in a group show at start of 2009 that my passion for illustration was re-ignited. 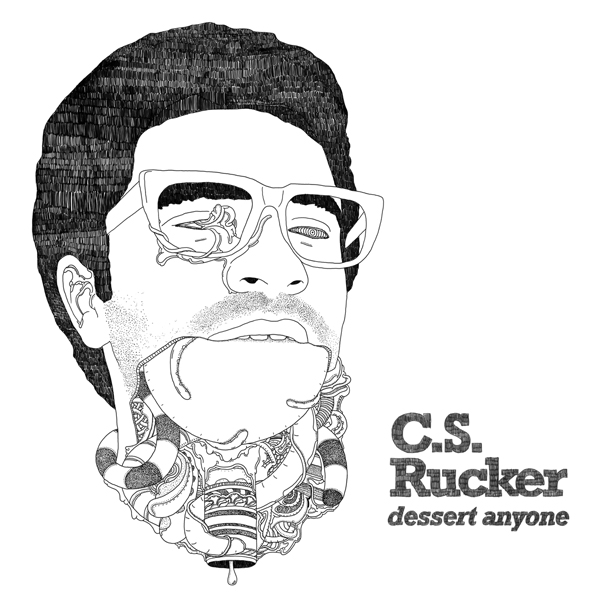 Who would you say inspires your work the most?
I’m always drawing inspiration from many different artists and designers so It’s difficult to say who I would find the most inspirational, but some of my favourite artists include Tanadori Yoko, The Yok, Takashi Murakami, Kozyndan to name but a few.

What do you find most inspirational about Tokyo?
For me it’s the fashion. People here really put a lot of effort into what they wear and they aren’t afraid to try something a bit different. There’s also a great blend of handmade / custom and the designer that I find really refreshing. 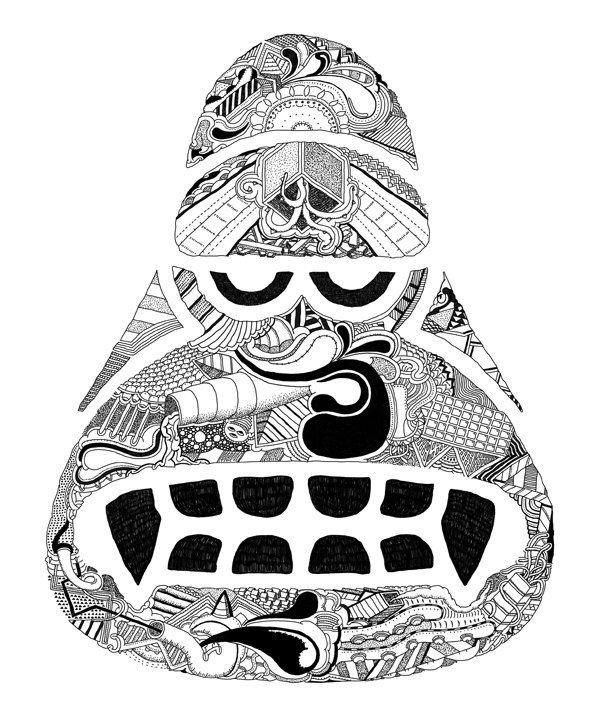 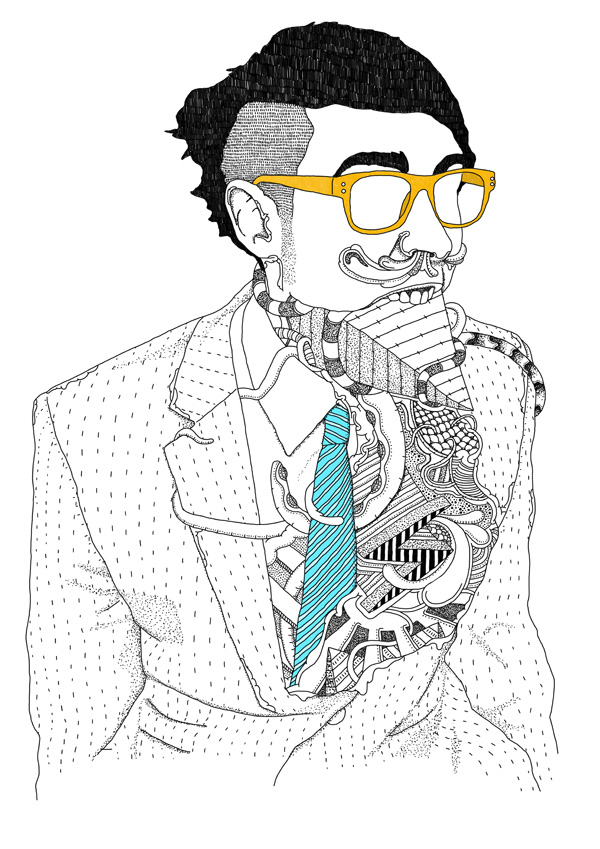 Describe your workspace and surroundings and what your creative process is.
My desk is everything. I spend a lot of hours there so it has to be a nice space for me. Organised chaos is probably the best way to describe it, with pens, paper, magazine clippings, toys and rubbish all over, but for some reason I find that comfortable.

I carry a sketch book with me most of the time so I can write/sketch out any ideas I have wherever I am. Each project always starts from an initial sketch or three, whether on a piece of paper or in photoshop. I then refine it from there.

What advice would you give others wanted to follow a similar path?
I don’t know if my path is long enough for me to give advice about, but I think the most important thing is to stay motivated and to always be doing something. It’s very easy to put your pens down and a lot harder to pick them up again. 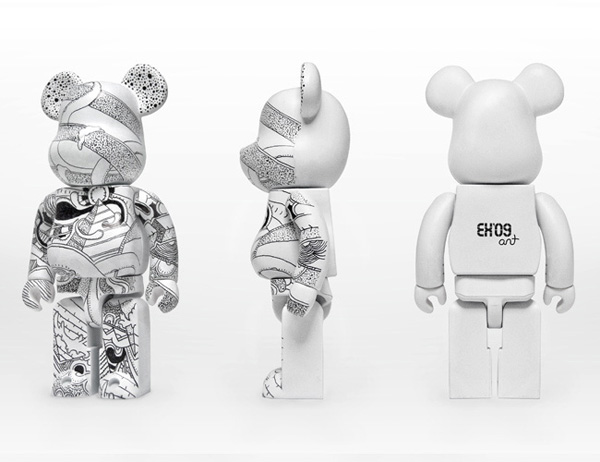 What has been your favourite project or exhibition and why?
Medicom Toys, who make a large number of designer toys and collectables, had an exhibition here in Tokyo last year and I decided to see if I could generate hype about a toy that didn’t exist. So I customized one of their ‘Be@rbrick’ figures and made a fake advertisement stating that it was only for sale at their exhibition. I managed to have a popular design blog pick it up and I was amazed at how quickly the story spread. I had a whole load of collectors contacting me asking how they could get their hands on one. It didn’t take long for people to figure out it wasn’t real. It was quite funny though to see how easy and fast it was for a story to spread on the internet.

I’m also really enjoying customizing shoes as well. The reaction has been really positive and I get a real kick out of people wearing my art.

What does being a finalist of our Finders Keepers Art Competition mean for you?
Its definitely nice to have people appreciate what you do, it makes all the hours sitting at my desk worth it. It’s also great to get some more exposure, which hopefully might lead to some new and exciting projects. 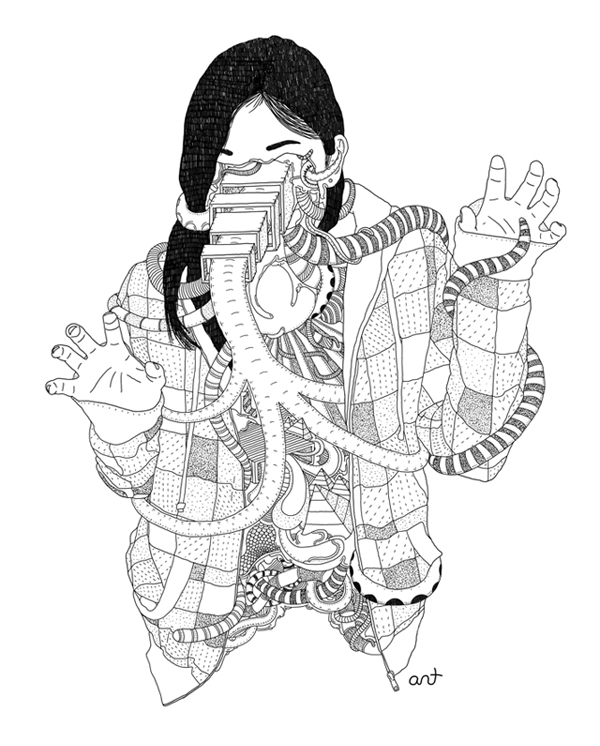 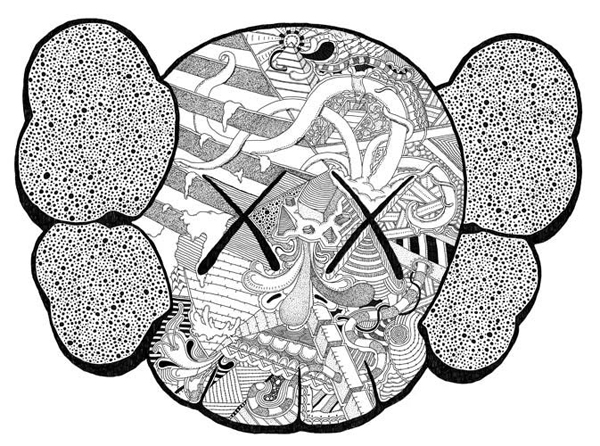