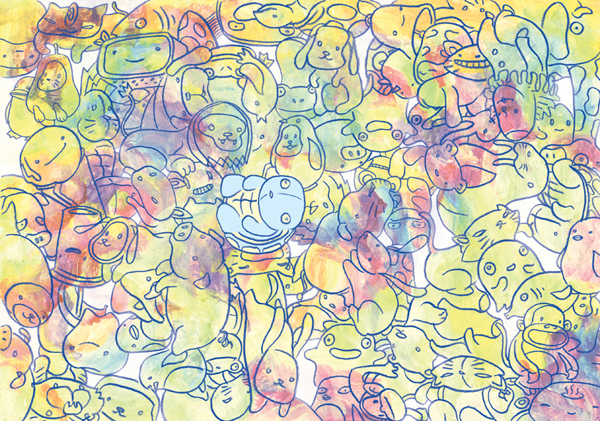 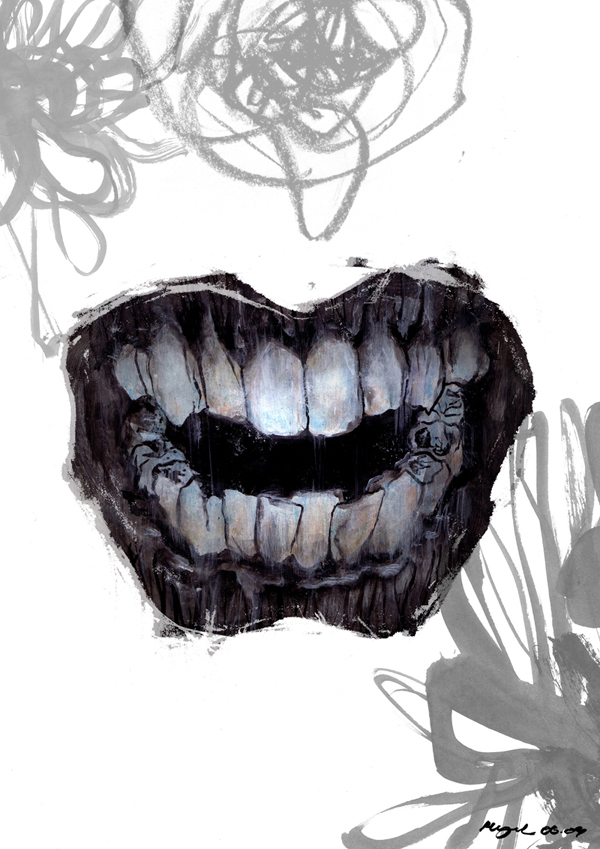 FK talks to Matt Huynh, a comic creator and illustrator based in Sydney.

How would you describe your style and what makes it unique?
I don’t actively pursue a ‘style’ because it makes me think of putting on a costume or a funny accent, but something comparable might be a creator’s ‘voice’ or the most comfortable and instinctual way that I can make pictures. That’s the persona, accent and language I’ve developed from a lifetime of influences and hard lessons and the rest of it is making sure I keep out of its way. I started my adventures from a comic making background so my early illustrations featured robust brushwork with a view for clarity in print, but I have since enjoyed the subtleties of dense mixed media and getting away from heavy inks to play in charcoal, pastels and other dry media away is invigorating. I have a slight, oft unwitting, bent for surrealism and sometimes my work’s been described as a little menacing, but I don’t believe those lies! One of my favourite comments came from a good friend when I showed some new work and they told me it felt like me but didn’t look like my work – it’s reassuring to think I can be the same person at 15 and 25 whilst growing out of my physical skin.

When did you start making art, and how has it evolved over time?
I played as a kid, like any kid, but it’s just that I didn’t stop. Because I started in comics, my work was initially quite figurative but has had the surreal and abstract dials turned up in the mix slightly since. Swimming between the comics and illustration pools over the years has let me play with more media, colours and production techniques too. It’s let me explore a greater spectrum of subtlety and density in the pictures, which can be a magic trick to learn and un-learn as I negotiate the two disciplines. My works have had a pretty consistent preoccupation with identity that’s danced between the personal to the wider, external world and a greater focus upon community, collaboration and audiences. As I’ve grown more assured of my work and able to more readily identify myself in an expression, I’ve felt increasingly uninhibited from mediums and ‘specialising’. 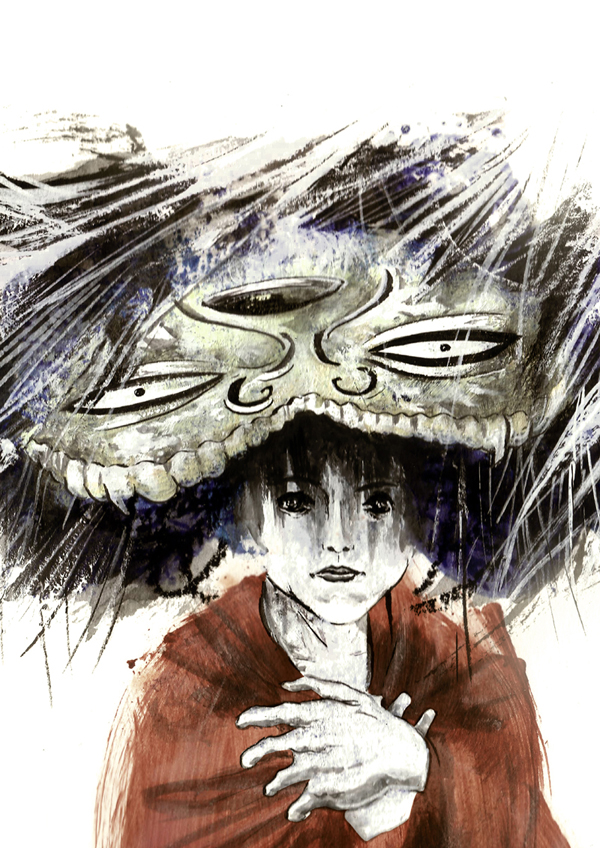 Who are your biggest creative influences?
One of the qualities in a work that turns me on is when I can recognise a mythical effort poured into a work. Sometimes this can excuse whether the work is a ‘success’ on any other criteria – technically, aesthetically, conceptually, whatever else – and sometimes that manifests in a display of fearlessness, like a rebellious punk rock disregard or a demonstration transcending the creator’s personal limits and conscious ability. At its absolute best and purest, this quality alone imparts the adrenalin of a heroic adventure, a myth, a grand legend. On the other hand, I also adore seeing work so organic and natural that it appears effortless, as though an uncensored and inevitable gesture from the artist.

With this in mind it’s obvious that I’ve just realised I read the question incorrectly! But it may explain why some of my favourite artists are a mix of both those with a globalised voice and influence, and those who are very independent and unique or belonging very much to a particular world. A mishmash of my favourites include Jillian Tamaki, Paul Pope, Yuko Shimizu, Akina Kondoh, Barron Storey, Josh Cochran, Ted McGrath, Chester Brown, David B, Dave Choe, Akira Kurosawa, John Steinbeck, Francis Bacon, Jean-Michel Basquiat, Vivienne Flesher, Marlene Dumas, Gipi, Suiho Tagawa, Craig Thompson and Brad Holland.

Where do you find especially inspiring in Sydney?
It’s difficult to pin down because I’m inspired by places where I can catch myself unawares and often that’s somewhere that I can reflect or react to rather than a place that’s completely pleasant or familiar – it’s only my ‘especially inspiring’ spot for a moment! But I was in an empty shopping mall yesterday and it felt wonderful. I’m sensitive to my own footsteps so I like walking in the middle of roads whenever I visit a new place. There are two lemon trees I sit between that let me write, they are only a meter or two apart but one blooms and one struggles to grow at all. There’s also a museum forecourt which I visit more than the museum itself. 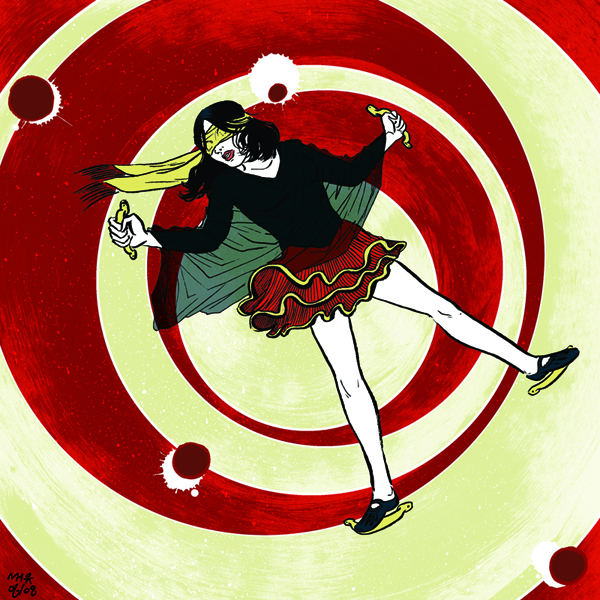 What materials do you prefer to work with and why?
I lean towards the school of thought that an artist should be able to freely loiter between materials, but some of the materials I use for illustration are paints and spray-paints, inks, pastels, charcoal, pencils, digital, acetate and wax. The choice of materials just depends on whatever best serves the communication, I quickly switch materials if I can sense the choice of material’s forcing me to work against a friction, it’s about what feels intuitively right so there isn’t a struggle between the image, idea and media that might make it difficult for my hand.

How hard is it as an artist to balance creativity with business?
It’s not easy to resolve with a blanket answer because it’s quite a personal set of choices every individual artist has to address according to their own values, goals, risk aversion, responsibilities, caffeine addiction and sleeping habits. It’s something that needs to be constantly reevaluated as priorities and passions shift as you grow to keep you sane and happy and passionate and delicious. Although I think it’s noteworthy to remember that they do not have to be mutually exclusive, yes there is both cake to be had and eating to be done. 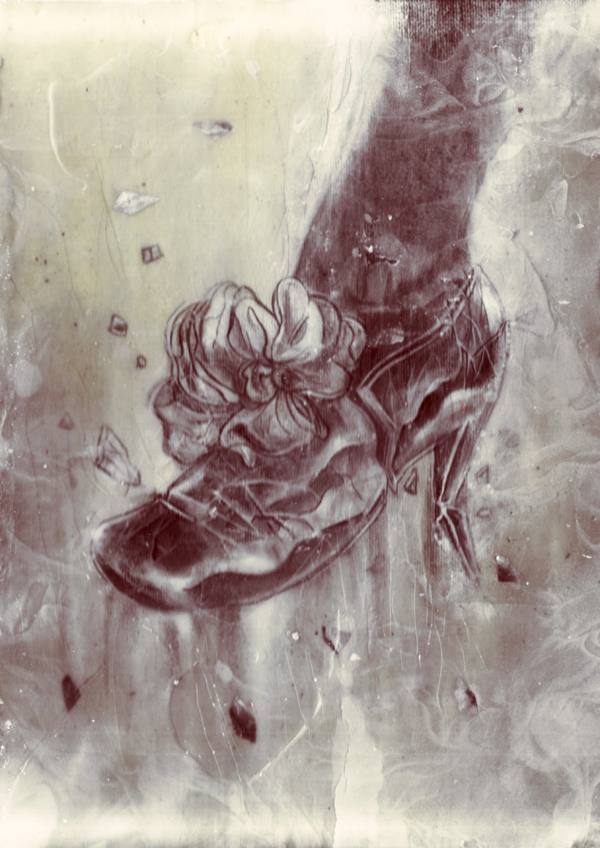 What would be your dream project to work on?
I love theatre, I’d love to direct. I love music and guitar. I love fiction and poetry. I love visualisations and augmented reality. I love graphic novels and am developing on a new one on my own steam and fortunately that’s a dream project in itself…I’d love to work as an ’embedded’ artist for something like National Geographic or NASA! I pick you, National Geographic is my answer, it seems timely.

Who would you like to collaborate with in the future?
There are not a lot of ‘bosses’ or ‘coaches’ to make you faster on your feet when you’re working as an artist on your self-initiated projects (as opposed to maybe the client in commercial projects), so it would be wonderful to find a challenging and thoughtful editor or art director who suits my personality and aspirations, listens to the music I dig, likes long walks on the beach…I’m not sure who this magical match is but it is true that some of the superstars who I admire from that world include Chip Kidd, Francoise Mouly, Mark Siegel, Nicholas Blechman and Soo Jin Buzelli.

I also love working with people who are not so directly related to arts, the wider world. It would be wonderful to combine the expressive and emotional qualities of my work with those whose occupations are quite intellectual, like psychologists and scientists; as well as those whose professions are very physical, like ballet dancers, boxers and soldiers. 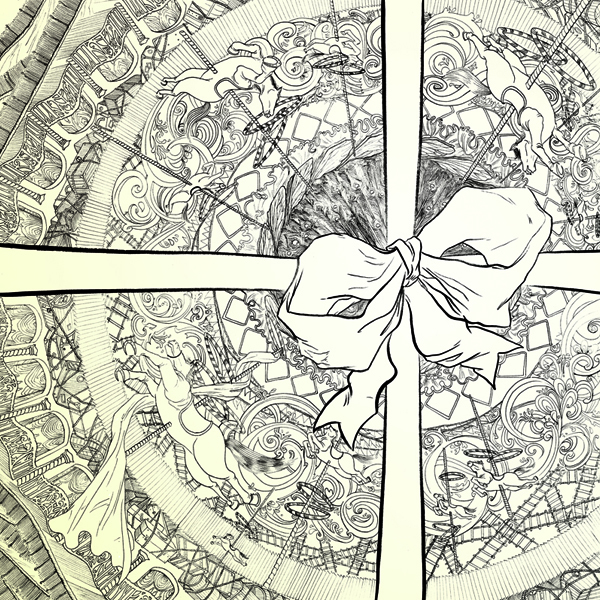 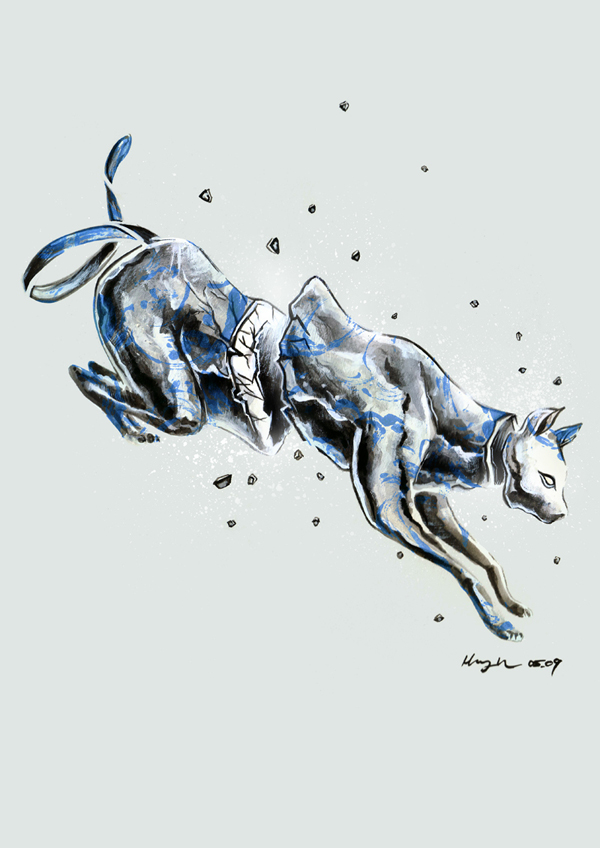