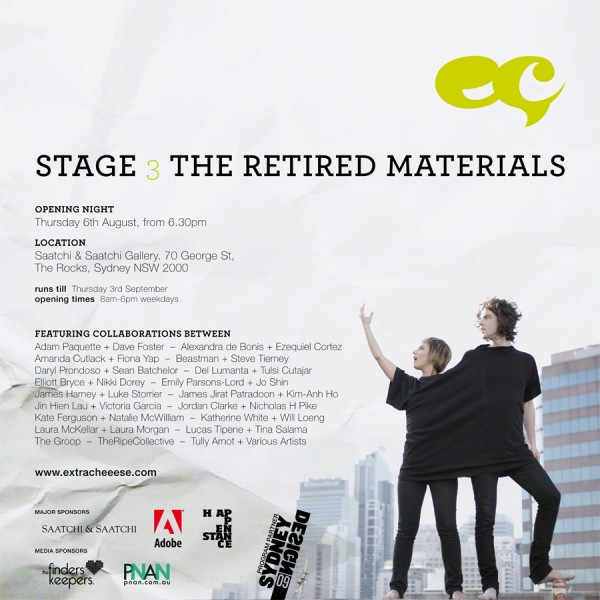 Director of Extra Cheeese Daniel Dittmar talks to FK about their upcoming exhibition.

Tell us about the EC concept and exhibitions of the past.
I first started Extra Cheeese in 2007 for a few reasons. There are some amazing Sydney artists and designers floating around, and at the time I felt little of their work seemed to get recognition and/or publication. Extra Cheeese was a chance to offer these creatives a chance to gain some exposure and hopefully launch the first stages of their chosen career. A lot of these artists/designers either couldn’t afford to put on an exhibition, or don’t have the confidence to initiate one at such an early stage. The project aims to introduce the idea that it’s not such an unreachable goal.

In the year following the launch of ‘Stage One: the pizza box’, over 20 of the creatives involved have since been involved in additional exhibitions, with 11 of these credited as solo shows including the likes of Kareena Zerefos, Beastman, Eamo Donnelly, James Jirat Patradoon, and William Loeng just to name a few. I’d love to think that Extra Cheeese helped to make this possible.

It’s all about networking too. As I’ve moved from a background in the arts scene to the world of design, I noticed a gap between the two social groups. I honestly believe that if everyone is feeding off each other, a lot more can be achieved, resulting in an optimised creative output. Having artists’ + designers’ work showcased side by side in the same room allows for a lot more integration between the creatives, and can hopefully forge some long term partnerships.

What can we expect to see at Stage 3 –  The retired materials?
Each year this collective aims to try and push creatives in new directions and set them with a challenge that generally extends a little out of their comfort zone.

The brief for ‘Stage 3 – the retired materials’ requires contributors to include ‘retired’ art and/or design materials. Lots of creatives love to forage, collect and hoard, filling their studio corners and cupboards up with various creative materials that never again see the light of day. The horsehair of old paintbrushes. Perhaps some forgotten canvas frames. Maybe even a defunct computer mouse. Whatever the medium of choice, you will be sure to see some interesting outcomes from some of Sydney’s best emerging creative talent.

We have a zoetrope, a reconstructed leather jacket, even someone cooking their own paper out of old artworks. I can’t give too much away of what’s in the show though, so best have a look at the contributors here: http://extracheeese.com/stage-3. There is a whole heap of new people on board for this year. I can promise you it will be big.

What is the aims of EC and how do you think you are pushing the envelope of art & design?
Extra Cheeese aims to integrate art + design to create a platform for emerging creatives to showcase their work as well as a continuation to help promote Australian art and design. This happens through online media (website/twitter/facebook) as well as our annual exhibitions.

We always try to encourage re-use within creative practice by setting guidelines for the materials used within an exhibited piece. Stage 1 in 2007 called out for creatives to submit on used pizza boxes, while Stage 2 in 2008 required nothing but found objects used in the works. Every year I try and push the concepts further to keep the audience, the creatives and myself still interested! This year not only requires ‘retired’ materials as the medium, but each piece will be constructed by one artist, and one designer to further the idea of collaboration and integration.

What is your background as Director of EC and why do you love to do what you do?
I initially started a year of a B.A in Fine Arts (majoring in painting and drawing), before moving to a B.A of Design at the College of Fine Arts UNSW for four years. Extra Cheeese was actually my graduating project from college, but it had such an overwhelming positive response in its first year that it didn’t make sense to not keep it going.
This project is not for profit though, and I’m a sucker for print work so after finishing study in 2007 I moved into the world of magazines. After working at fashion title ‘Noi.se’ magazine for almost a year, I then hopped over to Studio Magazines for another year, which was a completely different feel but great experience nonetheless.
In the end, I decided I’d much rather work for myself, so quit my job, started my own design studio Flood and have just released the first issue of my own magazine ‘Happenstance’ in April 2009 with Aaron Kuswara and Ozlem Eskicioglu. I just recently started teaching at Billy Blue Design college too, so pretty excited about that! I couldn’t imagine doing anything else with my life other than design and creative direction. I live for it everyday.

Here is a selection of the artists you will expect to see with collaborations at the EC show opening on August 6th. For more profiles on the artists go here.

Natalie McWilliam – I started to love making jewellery a few years ago when I started attending workshops at Val Aked’s Silver Studio. I then studied an Advanced Diploma of Jewellery and Object Design from the Design Centre, Enmore. I have since been designing and making my own jewellery based around childlike themes of play and exploration. 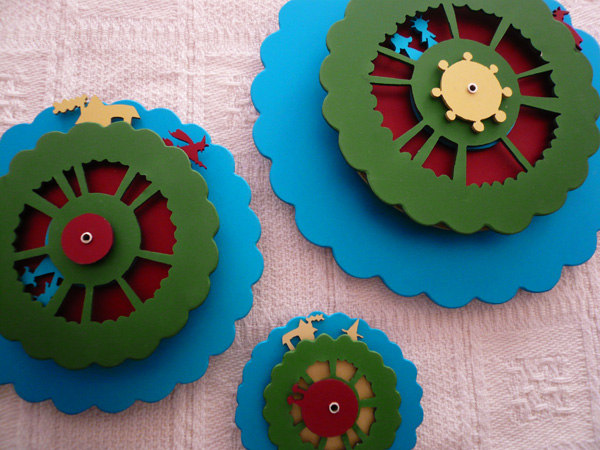 Adam Paquette – is a classically trained painter working as a Concept Artist for film and video games, with a core focus on storytelling and narrative traditions. 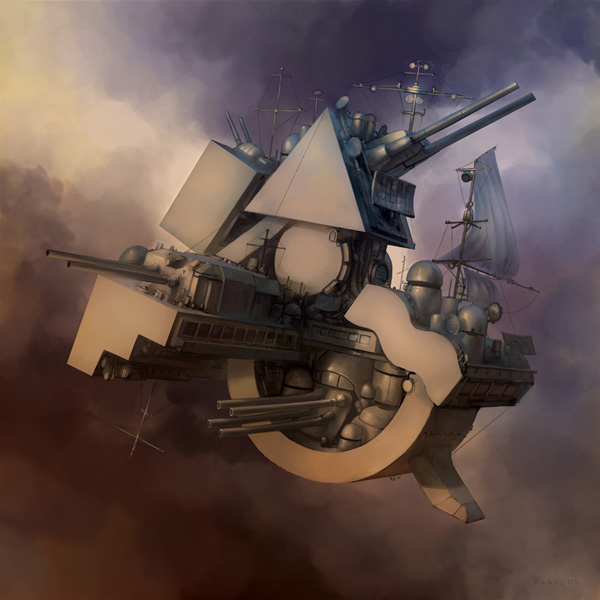 Elliott Bryce – is a Sydney-based freelance Designer. Trained in textile and graphic design, his inter-disciplinary practice also includes work with costume, interiors, exhibition, and type design.When not conjuring new experiments and opportunities, he enjoys spending time with his unorganised collection of stickers and paper-scraps. 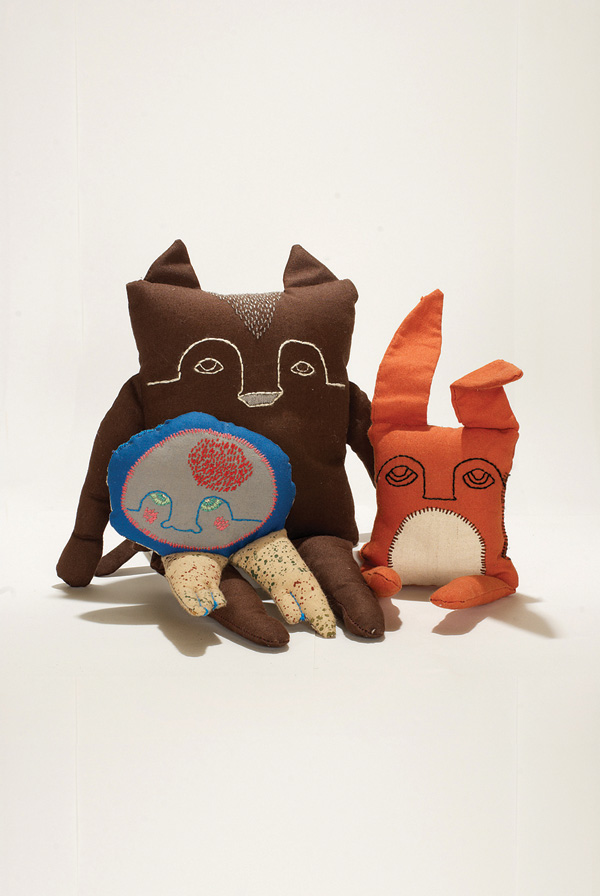 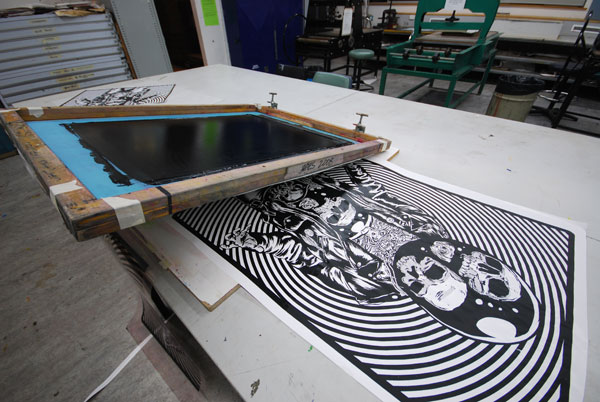 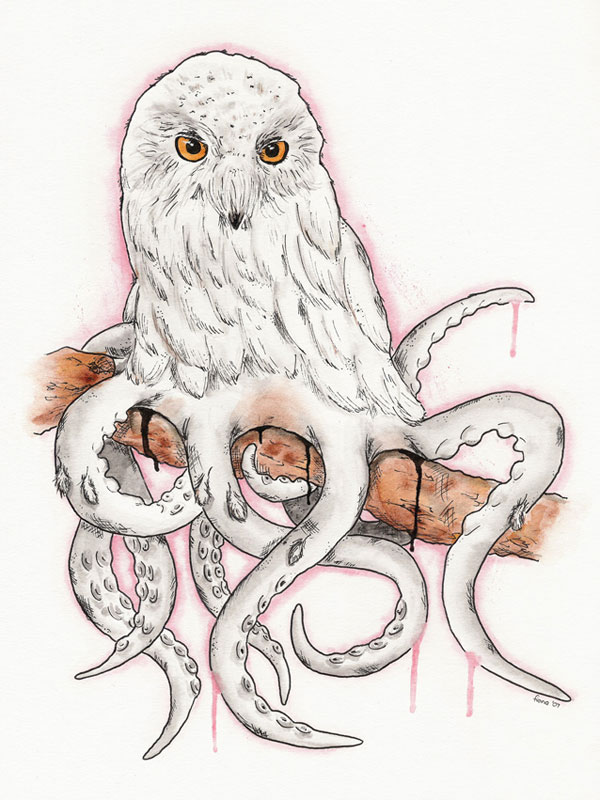 Sean Batchelor – In June 2007 I took a trip to Tokyo. I bought a sketchbook and some new pens and drew as I travelled. Over the 2 weeks the drawings of people and places became liquefied and deformed. I filled the entire book. I missed my flight so I called my mum (cool). After reading the phone number from my sketchbook I placed it on top of the pay phone. I walked off to get on the next flight, stressed and angry, never to see the book again. 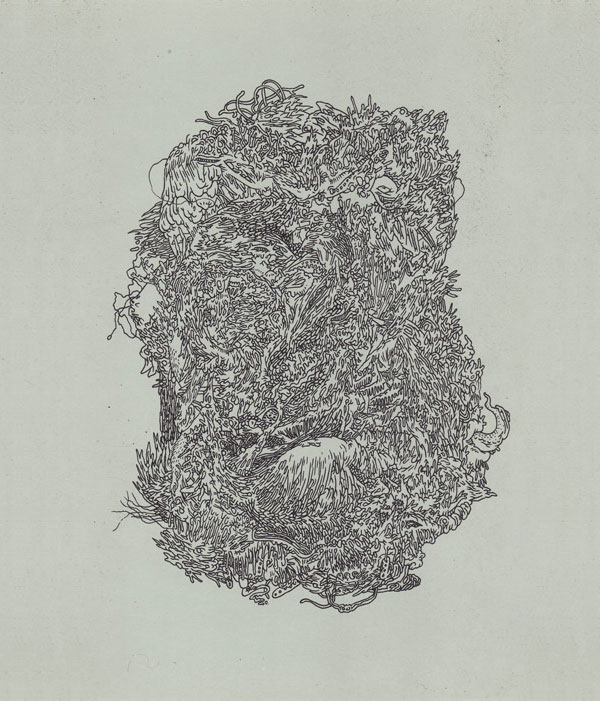 Tulsi Cutajar – I’m a freeloader that sells art in Newtown. I work with paints, feathers, fabric, discarded wood and other things I find interesting. A.k.a. I am a struggling artist who can’t afford real canvas. Inspiration/insomnia. 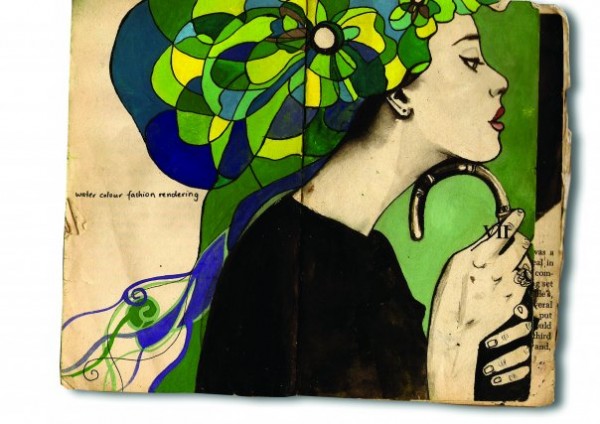 TheRipeCollective – is a innovative and exciting creative approach to a sustainable arts philosophy, with the aim of engaging with the wider community through a commercial environment. The pragmatic approach taken by founding artists, Ant and Marcus, has focused on commercial outcomes and sustainability in art and design. 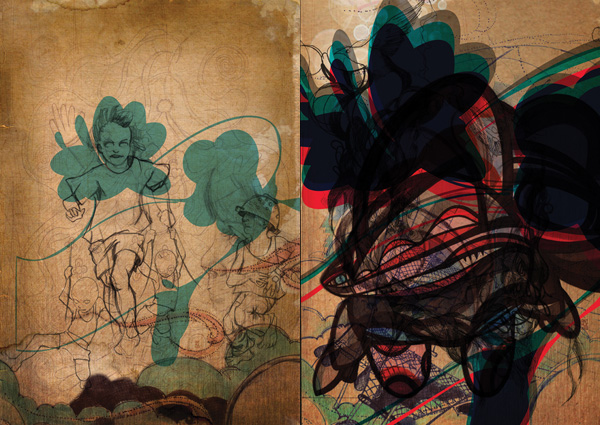 Laura McKellar – My work is varied and involves a variety of visual art forms and media including: graphic art, photography, design, textile (sewing, photography and drawing on fabric) . The dynamic nature of my art means that I am open to new forms and am interested in communication across genre and form. A constant theme I work on is the connection and bond humans have with animals. I have a very strong outlook on animal rights and enjoy how my work can make viewers question how they feel about animals. 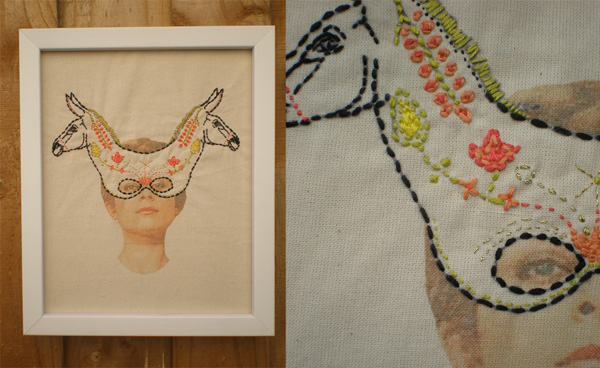 We are really excited to be a media sponsor for this show and can’t wait to see the final outcome!