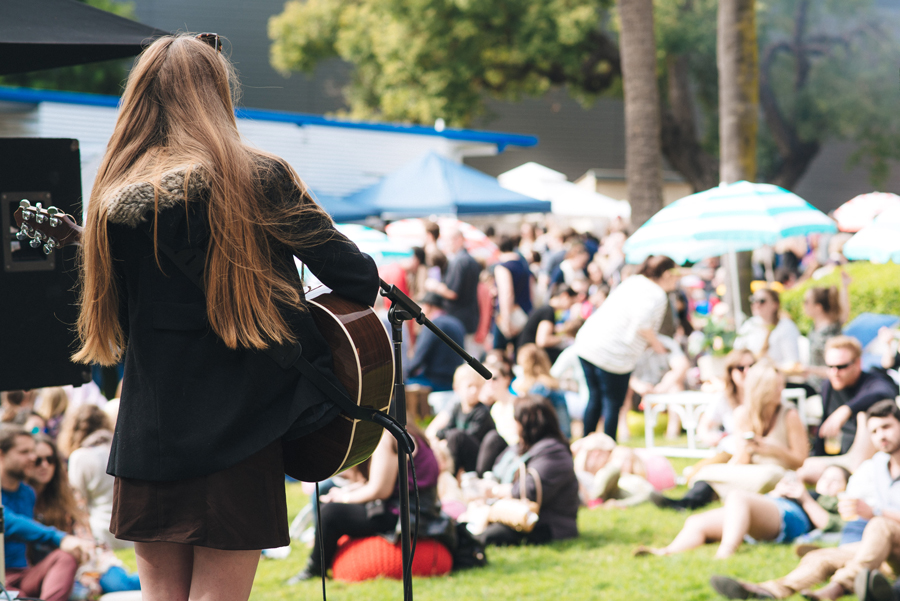 Image captured by Dave Kan at our Brisbane AW15 Market

Our live music line-up is now here for the Brisbane SS15 Market, taking place at The Old Museum on Saturday 7th November and Sunday 8th November!

Jill Beth
Jill Beth seamlessly blends the heartache of country, the positivity of folk and the addictive melodies of pop into her music. Her contagious enthusiasm and devotion to making a unique and lasting impression on the international music landscape is making significant headway. ‘Don’t Let Go’ Jill Beth’s 2014 debut EP (Co-Produced by Aria Nominated Anthony Lycenko) is a collection of six original songs featuring Jill’s insightful lyrics and captivating voice committing memories and stories to song in a way which deeply moves her audience. With showcase performances at Canadian Music Week 2015 in Toronto, BIGSOUND and supporting American singer songwriter Joshua Radin in Brisbane this coming September, Jill Beth has no doubt become the up and coming artist to watch.
soundcloud.com/jillbethmusic

The Wet Fish
The Wet Fish are an instrumental live machine, delivering good times for all with a versatile and contagious mix of classic surf, spy, soul and high-energy rock and roll. With live shows offering a rousing blend of originals and a unique twist on crowd-pleasing gems, The West Fish are guaranteed to get the party started!
youtube.com/watch
thewetfish.com

Asha Jefferies
Asha Jefferies melts hearts wherever she goes, singing her songs as only someone so young can. Brisbane born and based, the singer/songwriter writes way beyond her 16 years with songs characterised by distinctively silky vocals, and beautiful lyrical melodies expressing experiences of the heart and human observation. Winning the Mullumbimby Music Festival’s youth mentorship competition (singer/songwriter category 2013), Asha has performed at the town’s festival various times in addition to the Woodford Folk Festival and Byron Bay Bluesfest, where she was selected as a winner of the Bluesfest busking competition. She’s just a girl with a guitar but that’s all she needs to transfix you with the future of Australian homegrown music.
facebook.com/ashajefferiesofficial
soundcloud.com/asha-jefferies/queen

Cameron Milford
Cameron Milford writes songs about bad weather, broken hearts and other natural disasters. His brand of suburban roots music turns observations of the ordinary into compelling reflections on the world around us. In a former life he lived in Nashville Tennessee, where his best friends were a bottle of Jack Daniels and a dog named Google. During this time he developed a love of blues, banjos and big choruses. Milford’s laid back, roots laden style has been compared to the likes of JJ Cale, Kris Kristofferson and Mark Knopfler. His debut album Highway Wind gained critical acclaim across the USA and Australia. In 2013 he performed alongside Paul Kelly, Tim Rogers and Bill Chambers at the Americana Music Festival in Nashville.

Maja
Maja is a Brisbane based singer-songwriter, whose raw and passionate vocals navigate the nuances of soul, folk and blues. Her Serbian background and deeply personal, honest song-writing will get your head thinking and your toes tapping. Accompanied by various instrumental sidekicks with inventive arrangements, she is gaining a notorious reputation in the Brisbane music scene for her thought-provoking performances. Her fast-paced wit, eccentric character and quirky stage presence add to her unique act and style of music.
soundcloud.com/majaofficialmusic
facebook.com/majaofficialmusic