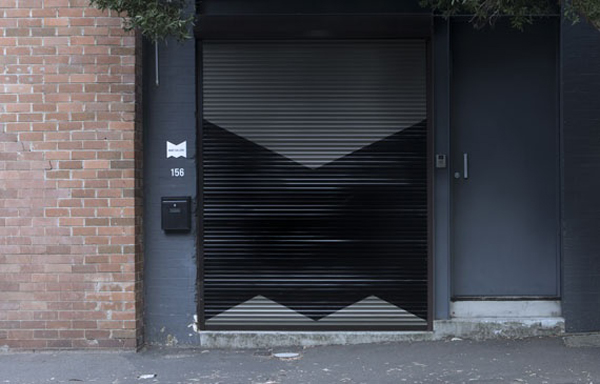 Tell us about your gallery Mart and what things we can expect to discover in your space.
Mart is a space where music meets art. I’m the first to admit and am whole-heartedly honest when I say that I don’t know a thing about art, but I know about music. So it’s not really an art gallery in the most practical sense, its a place where I can expose the talents of those who work in the music industry and are visually talented. There’s so many of them out there! You can expect to discover the people who create the images behind some of your favourite bands, album covers or tour posters. You may also discover that one of your favourite musicians is also an artist!

What was the inspiration with opening Mart?
I’ve worked in the music industry for a very long time. I was constantly falling in love with the pitches & people we would have to knock back for some reason or another on video clip ideas, album cover ideas, tour poster ideas, photos etc etc…. There was so much talent out there that I felt some things were going to waste. I was lucky enough to have the space and all these glorious talented contacts who worked with music, that I just put them together and, wallah – MART WAS BORN. 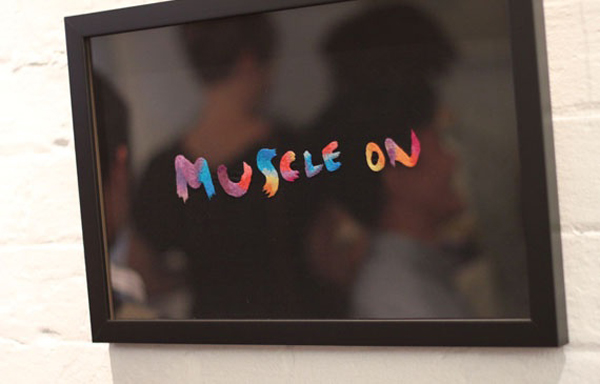 What was the direction with the space visually?
I had no direction on the space visually. It’s really just a blank canvas that the artists can come and do whatever they want with. I’m not precious like that. I really want the artist to take hold of it and turn it into their own. For example Sonny & Biddy from We Buy Your Kids turned the space into a massive painting and they had their works within the painting they drew on the walls… It was a man with his jacket wide open and he was selling their art-wares out of his jacket. It’s cool (have attached a photo).

Who is the team behind Mart and what are their roles?
The team consisted of one (me), until I met the talented men known as moffitt.moffitt. I had the idea, concept & the line up, but no idea about the name of the gallery, it’s branding or identity. I actually contacted moffitt.moffitt because I saw the work they did with publishing DEMO MAGAZINE (a mag that features upcoming music talent). Demo is unlike any other magazine out there. It focuses on a only a few key upcoming musicians, then produces and shoots those musicians like it is an editorial for something between an art and high-fashion magazine. No other magazine would spend the time or money on musicians who have not been, or just been signed. It was flawless. So anyway, I wanted to talk to them about doing an exhibition in the gallery because all their photos in the magazine were original and inspiring. Andrew & Mark (moffit.moffitt) really liked the idea of the gallery when they came in for the meeting, and asked if I had a name & logo for it yet… Which I didn’t. The relationship was born from there. Now the guys handle and give me direction on how Mart is visually portrayed, and guess what? I’m also the new editor of Demo! 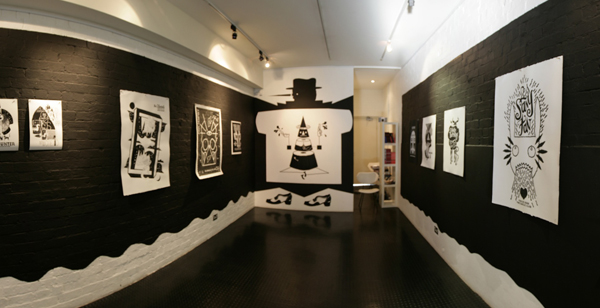 What inspires you about your surroundings and what other aspects about Surry Hills do you love?
Surry Hills has this weird hipster-stigma attached to it. But underneath it all and under all that hipster bashing, if people really look at see – 90% of the restaraunts, cafés, bars & pubs around here ARE actually really really good. They produce quality. The vibe of all these eateries and drinking-holes are what inspires me to be here at the moment. As well as the fact that during the day there are tons of graphic, fashion, communication agencies & furniture places around here. People from creative fields all tend to be drawn in and around Surry Hills, one of the most used recording studios is also up the road, BJB – where there’s always some good muso-spotting. So all the talented creatives that gravitate towards here is what’s inspiring.

I’m really sad that The Hopetoun is closed though. That was the perfect small music venue, at least it’s still walkable to Oxford Art Factory. You’ve always got to get some live music in your soul!

What shows are you running at the moment?
At the moment we have Duckpond on till the 4th June. He’s one of the creatives and leaders behind Big Day Out’s Lilyworld. If you’ve ever been to Big Day Out and ventured into Lilyworld, you know that its a place where you can be transported away from the madness of BDO into the madness of another world altogether. It’s crazy and its kooky, and you always see some awesome acts and maybe even a headliner doing a secret side show within Lilyworld. Duckpond is an artist and pyjama maker – we have both showing right now!

Coming up we have The English Gentleman who is a young photographer who got shortlisted in the 2010 NME live photographer of the year awards. We have a few more things scheduled for the rest of the year and the best place to check them all out at is our website. 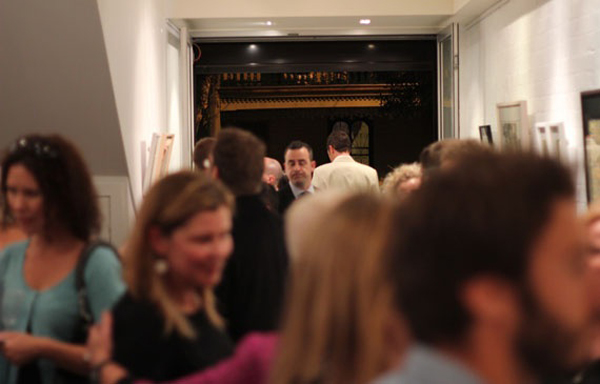 What do you love most, and what is the hardest part about running a business?
The thing about Mart is that we are only open during exhibition dates. So the other times I have other jobs to keep me busy (I manage bands). I love that Mart gives me something different to do, yet still falls within the realms of what I know. The hardest part is knocking people back when they want to exhibit and I just don’t see the right fit within the space. I hate saying no to talent.

What new projects are coming up for Mart?
We just launched a new website this year and besides showcasing what will actually be coming up in the gallery, we’re trying to shine some light on news stories within music and art. So if you want to know who did the artwork for a certain album cover or tour poster, or who directed someone’s latest video – we are producing stories on them. Just really cementing in all that talent behind the bands too. 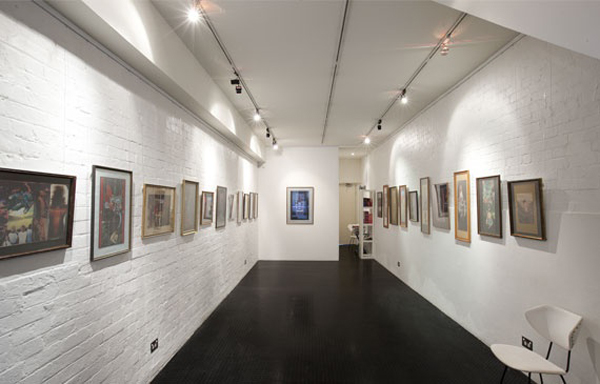 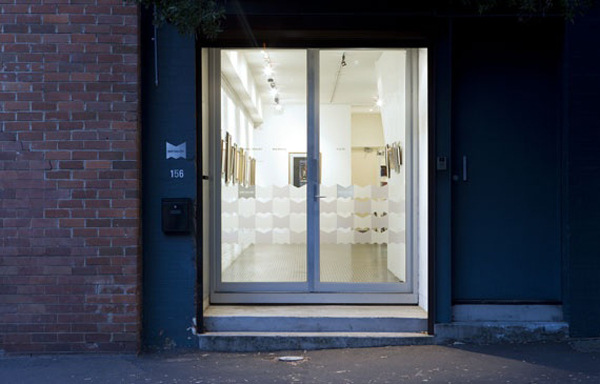