Here is an introduction to the music that will be showcased at the upcoming Melbourne Finders Keepers at The Shed in the Docklands, on Saturday 9th & Sunday 10th October! The live music is FREE for everyone to enjoy. Check out the below for the line up and some snippets of the bio’s of some featured musicians. 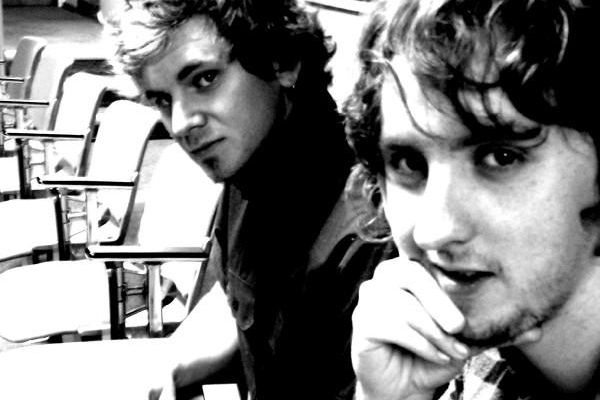 The Sketching Room: New acoustic/indie duo, The Sketching Room didn’t start in a blaze of glory, playing a long list of live shows, touring the nation and pitching their music to anyone in the industry that would be willing to listen. They started in purest form; brothers in law writing songs together in lounge rooms, laying down tracks in their self-made studio (with the help of a few other family members) and giving away their music for free to anyone who wants it. The Sketching Room, determined to keep the love of making music and sharing it with anyone and everyone as their main focus, have a strong DIY attitude towards performing and releasing their songs. Without the creative restrictions that come with the big budget of a major label, everything is done simply, with love and with pure personality. Everything they do, from writing and recording to cover artwork and promotion is done either by themselves or by friends and family close to them. Their music reflects this with simple yet emotive songs which are already turning heads in the music industry and picking up new fans from all around the world. The Sketching Room’s line-up consist of acoustic guitars and harmonising vocals with textures of keys and percussion. With influences such as Ben Folds, Jeremy Enigk, Death Cab for Cutie and of course, The Beatles, The Sketching Room’s music has been described as simple songs written with emotion and based on catchy melodies. 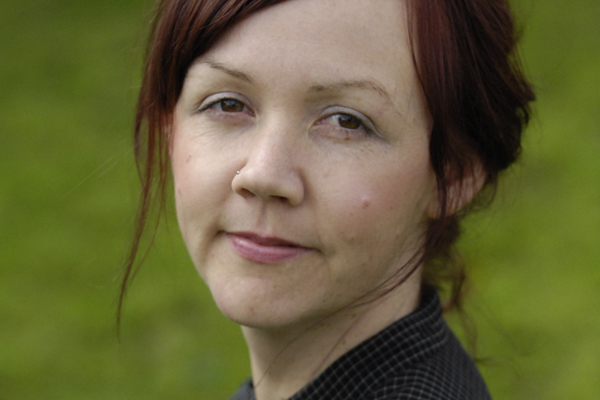 Emma Heeney: After six years with Brisbane come Melbourne band ‘Gorgeous’, Emma Heeney is building foundations as an artist in her own right. ‘Gorgeous’ had success on the independant scene playing festivals such as Livid, The Valley Fiesta, Port Fairy & the Woodford Folk Festivals,  touring nationally headlining their own shows and supporting the likes of Damien Rice, Pete Murray, The Whitlams, and Frente to name a few. With five recordings (with Gorgeous), substantial airplay on national radio, television appearances on the ABC, channel seven and nine and multiple guest appearances on albums including Pete Murray’s ‘Feeler’ under her belt, Emma Heeney launched her debut solo album ‘Dreaming of Bridges’ in 2006. Recorded at Eastern Bloc Studios in Melbourne, ‘Dreaming of Bridges’ hosts an all star cast including Peter Luscombe (Paul Kelly), Angie Hart (Frente/Splendid/Holidays on Ice), Wally De Backer (Gotye/The Basics) and recieved rave reviews around the country. Emma is currently putting together album number two which she plans to have finished by late 2011. 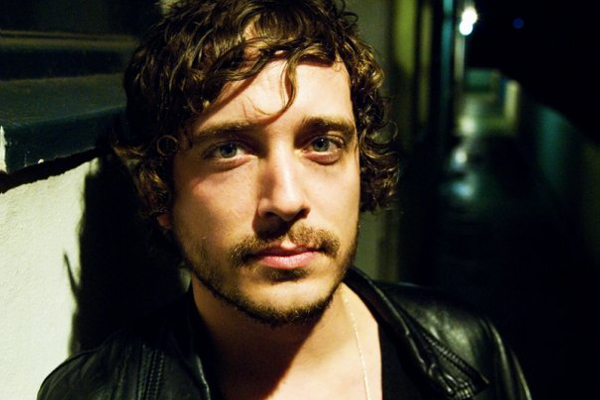 SiB: SiB is the stage name of French-born Australian singer/songwriter Adrien Siboulet. Two years now since the release of his debut EP “drifting part one”, SiB has returned from extensive traveling and performing in Los Angeles, New York and Paris. “Soul explosion”, “sexy rawness”, “smooth, soulful and somewhat sultry”, “elegiac balladry”, “electrifying soundscapes”, “eroticised lyricism”, “passion and conviction”, “languorous” and “wondrous noises” are words used by music journalists and reviewers over the last couple of years who have attempted to describe his music. SiB says “It all comes from the blues for me. I think there’s a healing process through the song, there’s salvation.” He is now performing around Australia with his new Rock & Roll outfit featuring Joe Cope on the Hammond organ (The Hello Morning, Eagle & The Worm), Luke Bolton on bass and Andy Reed on drums (from Whitley). They have fairly recently finished the final touches to the new EP titled “Hunter Street” recorded live by Colin Leadbetter at Bakehouse Studios in Melbourne on a cold Monday night back in May 2010.  “Hunter Street” will be launched at iconic Melbourne rock venue The Tote on Thursday 21st of October 2010. 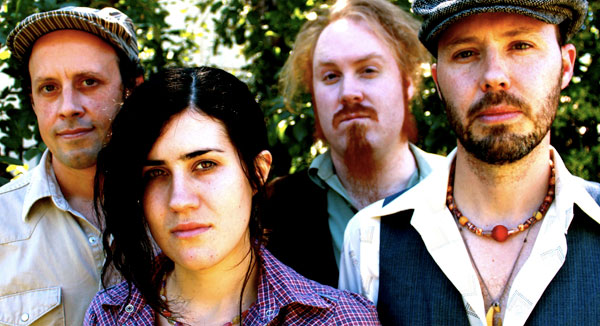 The Stillsons: Featuring the dual-vocals of guitarist Justin Bernasconi and drummer Cat Canteri, their unique sound is a cocktail of traditional and contemporary influences with echoes of Fleetwood Mac, Gillian Welch and Gram Parsons & Emmylou Harris. 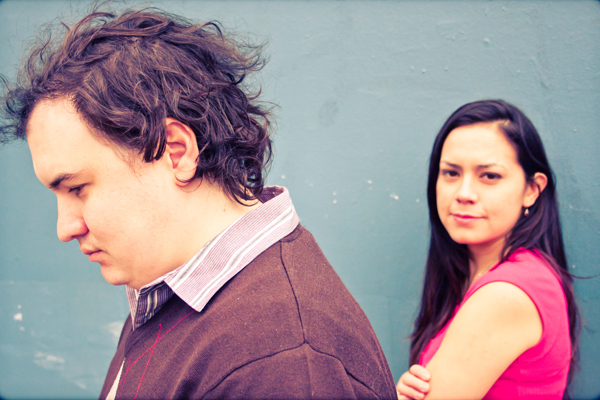 Baby Drivers: Mr Auteri & Ms White have been sharing their dreamy pop songs and evocative harmonies with Melbourne since 2004. Named appropriately after a Simon & Garfunkel song, the Baby Drivers are steadily making their mark on the small bars and hidden laneways of the city.  Rhys has been writing songs from childhood, his stay-in-your-head melodies inspired by outfits like The Zombies and The Kinks.  Monica’s Peruvian roots bring with them a rich history of music.  Her poetic and playful lyrics, combined with her soulful voice are reminiscent of artists like Angie Hart and Sarah Blasko. Soulful, passionate, fun and driven, the Baby Drivers are easy on the ears and hard to get out of your head. 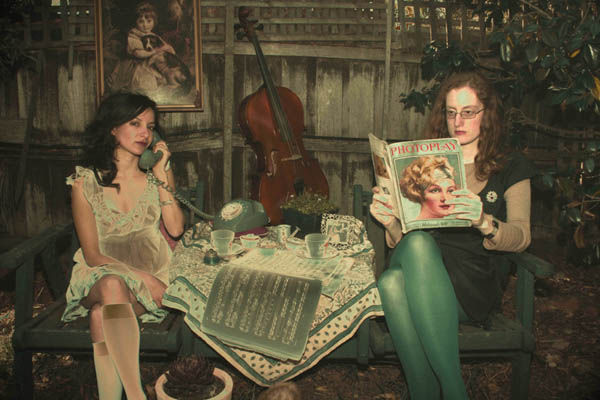 Portal Window: Releases include ‘Curious’ (2004), an EP of bleeding hearts and upbeat tempo, melancholic guitars and misplaced violins. A single ‘Autumn Calls’, released in 2008, is a boss nova influenced track; suits cocktail parties, garden parties. An album ‘A World For You’ has been in the works for sometime and will be realised October 2010. Typical Portal Window themes include soundtrack moods, boss nova rhythms, ragtime, and the usual catchy pop tunes with underlying beats; sometimes they rock out. 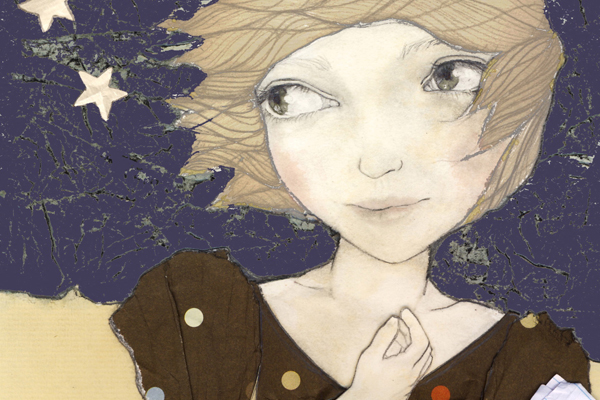 Cilla Jane: Melbourne’s acoustic pop songstress Cilla Jane is touring her new single ‘Until morning comes’.  Cilla Jane combines folk style guitar and enchanting vocals to create her captivating sound. Accompanied by haunting cello lines, intricate acoustic guitar and glockenspiel, the band will take you away into a dreamlike world. This Melbourne singer songwriter is no stranger to the live music scene, she has supported Kate Miller Heidke, Tim Freedman Luka Bloom and The Audreys. ‘Ah my kryptonite- the liquid mix of female vocals and the warmth of cello. While obviously of the acoustic folk model, her voice and the constructions of it make it better than generic.  It has its charms, which will hopefully be further revealed on an upcoming full album. And now i’ll go back to soaking in it. Drum Media. 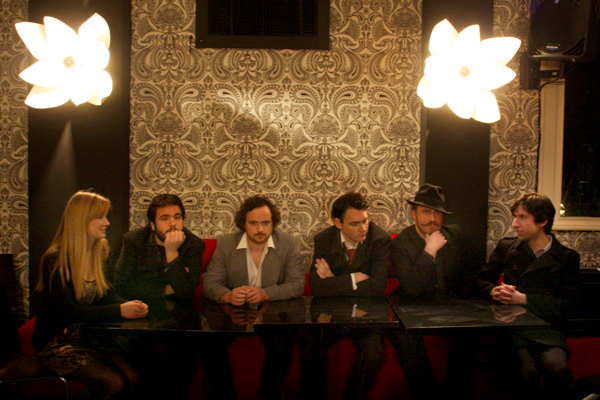 The Bon Scotts: It’s hard to put a finger on The Bon Scotts, there is no box quite big enough nor any genre so wide as to contain them. The charismatic blend of found sounds, home-made instruments, traditional folk, modern stories and toe-tapping rhythms ensure their very own brand of infectious and sweet music, ascribing to “what it means to be young” – Neon Hearts. The sound of the seven piece is all at once distinctive and captivating, brilliant, if quirky, and come with a playful cynicism and palpable passion for word play. Though, arguably- the most exciting aspect of The Bon Scotts is the vigour these guys bring to their live performances. Never holding back, they give all to the audience. Animated and outrageous they paint the atmosphere with electricity and ‘youthful, unfiltered charm’ – Mess & Noise