Featured Event: Once Upon 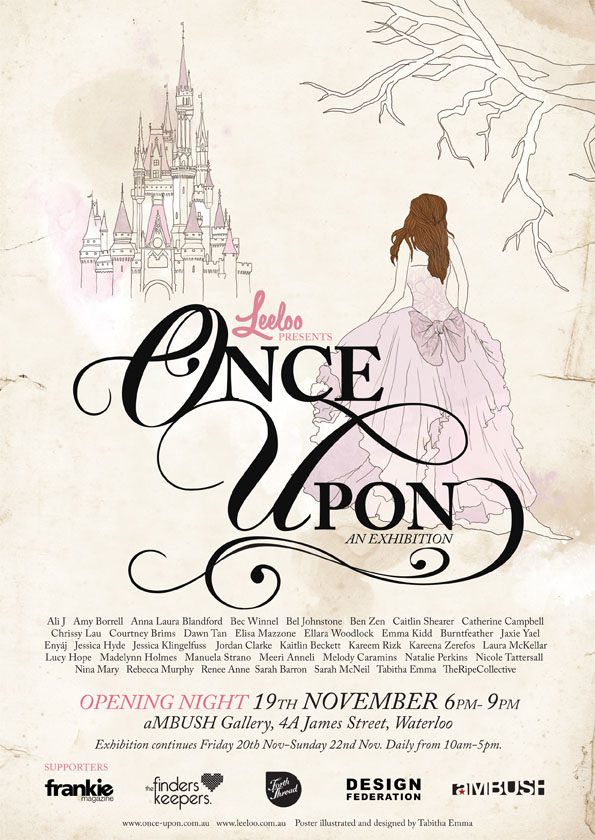 FK talks to Angela from Leeloo about their upcoming exhibition. Leeloo is also a media sponsor for the upcoming FK events in Sydney & Brisbane and we’re also happy to be a sponsor for Once Upon!

Tell us a little bit about the upcoming Leeloo show ‘Once Upon’ and what we can expect to see?
The Once Upon art exhibition is a celebration of the ongoing support that Leeloo happily provides to the artists and designers within our community across the country.  Expect to see glass slippers, queens and princesses, magical creatures and gingerbread houses, all with a quirky twist. 30 artists are creating 4 original artworks, and 8 artists will create one artwork.  Every artist has been allocated a different fairy tale as a basis for their artistic inspiration, and I cannot wait to see what all of those clever and talented people come up with.  Some artists are experienced exhibitors whilst for some this is their very first public show. We have predominantly female artists but the Y chromosome is also thankfully represented. Whilst the artists are considered young, one of our artists is only 15 years old. It makes us so happy to have such a diverse yet cohesive arrangement of artists. 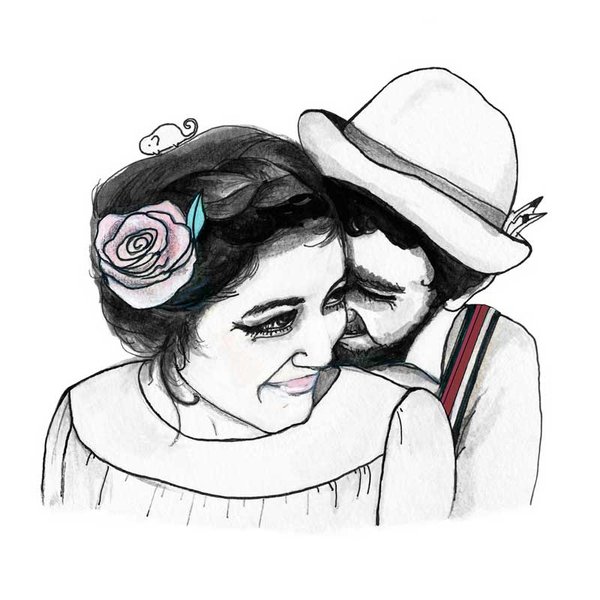 What was the inspiration behind launching your own exhibition?
Renee (Baker – exhibition co-ordinator) had held an exhibition alongside artist Ashlee Meagan earlier in the year, and the attendance was a little poor.  I think on the night I said to Renee “Don’t worry, we’ll do something about this” because I could see she was a little sad, especially when she had heard so much about gallery opening nights in Melbourne, their success and the interest shown within the community. From there we’ve kind of realised that when we work together there’s no stopping us. It’s been building gradually since that idea.

We decided the goals we wanted to accomplish were firstly to put on a show that would make Sydney-siders want to get out of the house which seemed to be half the struggle, secondly to do it the way we wanted it done, and thirdly to deliver a show that welcomed all, both in the submissions from artists and the attendees to the exhibition. It also had to be something we would want to go to see ourselves, that was a good measure for us. We kind of wanted to bring a little of the internet community that we’re part of to be in the real world. 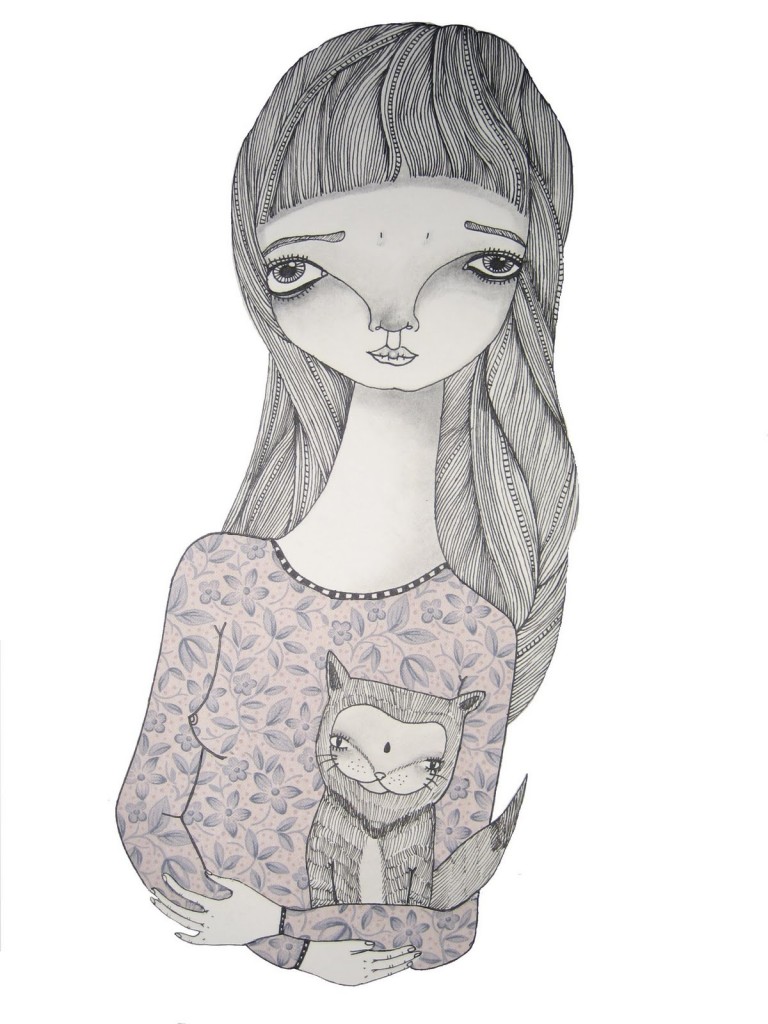 How did the concept come about with the theme for the show?
The whole thing from the beginning has been a relatively organic process of ideas and editing out the bad ones. When the theme and concept for the show was devised, both Renee and I knew we were onto something, we could kind of feel it. I think this theme lends itself nicely to the style of art we can expect to see, and who doesn’t love a fairy tale? We’ve allocated a different tale to each artist to prevent the obvious double up, but also in order to have a variety of themes within those fairy tales, as they can sometimes be quite dark and magical, as well as sparkly and happily ever after. 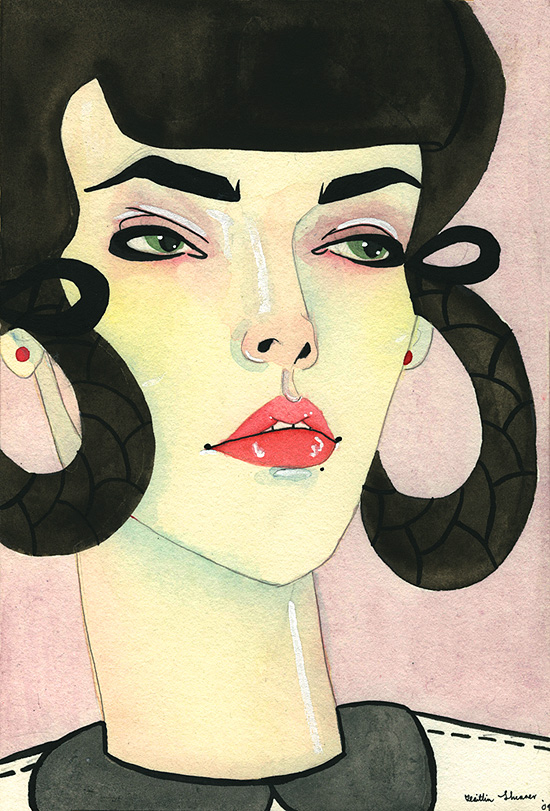 You are also celebrating Leeloo’s 2nd Birthday, how has the journey been so far?
It’s been incredible. Watching the business and the designers and artists involved go from strength to strength has been my daily inspiration to keep it all going and to continue working hard. The support of our network, both online and within the community has been imperative, and we couldn’t have done it without the like-minded businesses and bloggers that help us spread the word. Ultimately though, it’s the lovely customers we have to thank for their recognition of the passion behind our Australian artisans and their incredible creations, and for taking that extra step in making a purchase for themselves or for someone they love. I’m very excited about the events we have coming up between now and Christmas, with two finders keepers markets and the exhibition coming up for Leeloo!  Bring on 2010!

The details:
Opening night is 6pm – 9pm Thursday 19th November, 2009
Also open 10am – 5pm Friday 20th, Saturday 21st & Sunday 22nd November
aMBUSH gallery – 4A James Street, Waterloo, NSW
Artworks will be available for sale, and from Friday to Sunday there will be a Leeloo “pop-up store”.

*artworks above are representation only of the artists and not necessarily of the Once Upon exhibition.