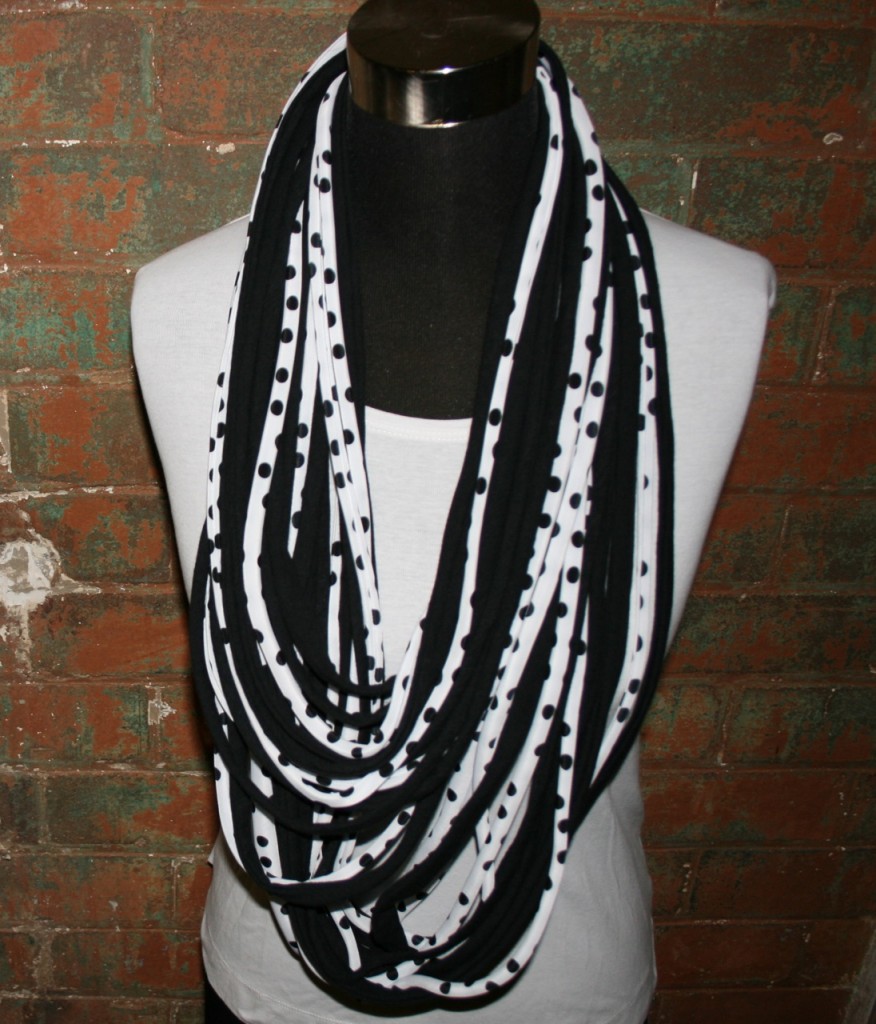 Tell us about Simply Phoebe.
I was once told that you shouldn’t only design for yourself, but as far as I am concerned, that takes out all the fun!  I love simple, structured style with a bit of a twist, and so that’s the approach I try and take in my approach to designing fashion and accessories.

My current focus is on fabric accessories, in particular a line of necklaces made completely from fabric.  They’re lightweight and simple, but still bold.  They come in a few lengths and can be styled in a whole lot of different ways.  There’s three main colour combos I am mainly working with at the moment (black & white, red & white and naturals), however I have also been tapping into my hoard of fabrics to create some one off and limited pieces especially for Finders Keepers.

When did you start Simply Phoebe and what inspired you to begin?
I’ve always had an interest in fashion and design, but it’s taken me a while to realise I could do something with it.  The inklings of Simply Phoebe began when I did a crash course in fashion design a few years ago, but I only made it official in June this year, when I took the leap from working full time to finally follow the creative dream (please excuse the cliche!). I had been working in marketing in the corporate world for a while, and had moved into the arts thinking that would stave off the creative urges, but I think it just made me more determined to do it for myself.

On a really practical (and slightly selfish) level, I was initially inspired to create things that I wanted to wear that I either couldn’t find elsewhere, or I wanted to make my own. Since I started tapping into it, creatively I am inspired in so many different ways, whether it’s a single item or whole outfit on a stranger on the street, an image in a magazine or blog, a piece of art, a fabric or just a shape. Texture has also always been a big inspiration – I have vivid memories of visiting fabric shops with my Mum as a kid and just wandering around running my fingers down the edges of the fabrics.

From a personal point of view, I’ve been inspired by some amazing people around me, from my Dad who threw in the corporate towel many years ago to become a full time artist, to my brother who’s a musician and never been afraid to live the dream and friends who’ve put everything into doing what they love… cheesy but true! 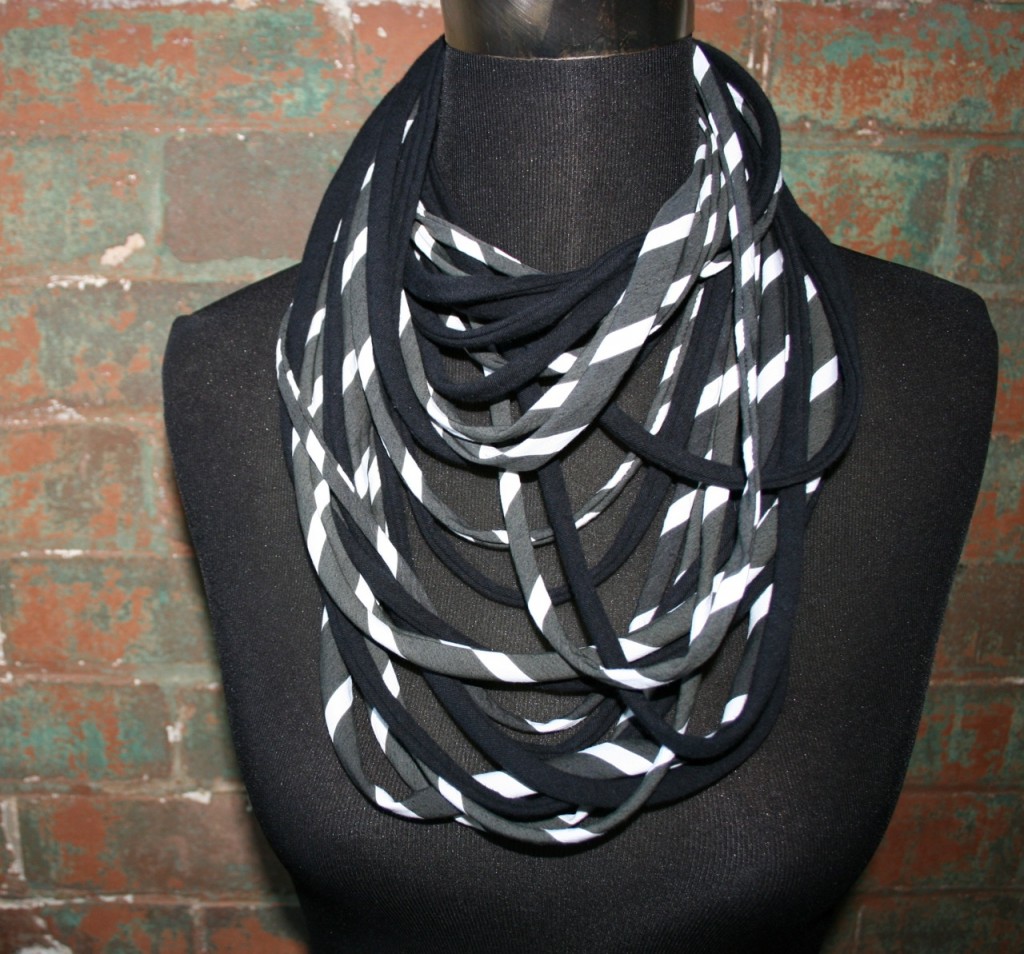 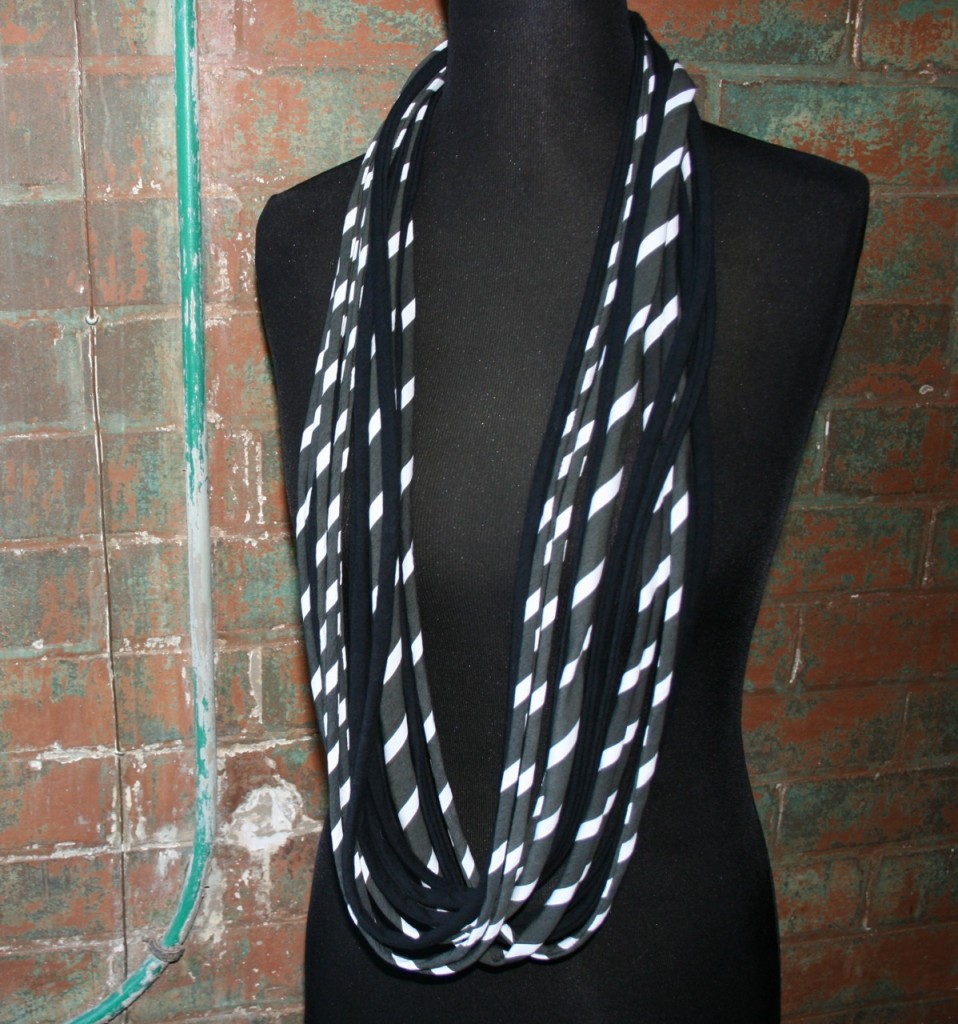 Where do you look for inspiration in Brisbane when designing?
I live in Sydney now but I grew up in Brisbane and still call it home. I arrived in Brisbane from rural Queensland as a child in the year of Expo 88 and have certainly seen it shed the “big country town” image, helped along by a great local arts scene.

Whenever I go home, a visit to local fashion label Dogstar is an absolute must!  Their simple, structured and multi-faceted approach to design has been one of my biggest influences. It is the one shop that I know I can walk into and always want to buy at least half the store. In addition to their own fashion ranges they also stock amazing accessories from local designers. I’ve found a couple of stockists in Sydney, but there is nothing like the full Dogstar experience, from the impressive window displays and lovely staff, right down to the smell of the store, which lingers on the clothes when you get them home.

On one of my most recent visits home, I visited the Gallery of Modern Art (GOMA)  to see the survey exhibition of the work of Easton & Pearson, two very inspirational and amazing home grown designers. While I was there I also checked out a couple of the permanent exhibits, including the Aboriginal fibre art collection, which includes some forms of traditional woven jewellery that I hadn’t seen before. I loved the texture and colours.

The Valley markets have played a big role in paving the way for local designers to take their talents to the public (I believe it’s even where Dogstar designer Masayo Yasuki got her start) and they are still always great to check out. I’ve also been meaning for too long to check out the West End markets one Saturday morning – too many late nights catching up with old friends and family are to blame for that oversight 😉

Otherwise, just like anywhere else, I’m often inspired by the people around me, known or unknown. In Brissie, this is most likely to happen while having a coffee or a drink in my old stomping ground around West End, or maybe out catching a gig at The Zoo or Rics in the Valley.

What has been the most rewarding part of your business?
It feels so uplifting to finally be doing something that I really love and I’m still just chuffed that people like what I am creating and want to buy and wear it!  The support and encouragement from other designers, crafters and artists whose own work I admire has also been amazing. 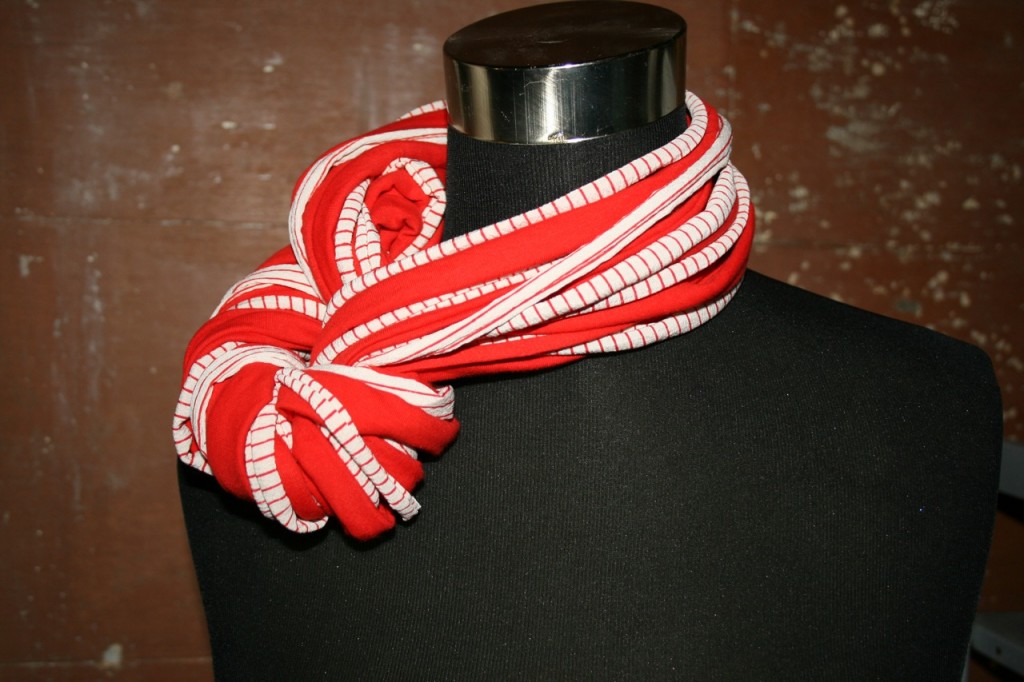 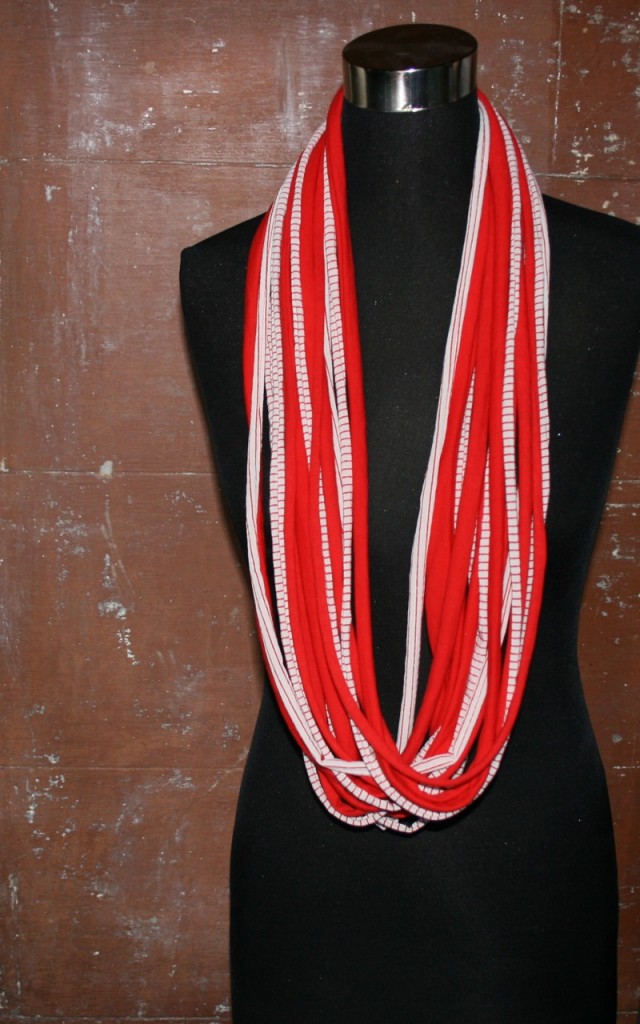 Where would you like to see Simply Phoebe in the future ?
At the moment I am still doing some freelance writing and marketing work, but ideally I would love to build Simply Phoebe to a point where I could do it full time.  In the meantime, I am very happy to build things up at a natural and sustainable pace, doing more markets and maybe even picking up some retail stockists. I’m definitely keen to expand into other accessories and also a small fashion line.

Further down the track I’d love to potentially set up my own little shop some day, not only selling Simply Phoebe items but also supporting as many of the other local designers as I can. There is so much talent out there, and I know the demand is there.

What new things are you working on at the moment?
I’ve been working on some other fabric necklace styles and am also keen to pick up doing some fabric brooches that I had been working on previously. I’m also working with my Dad to use some of his gorgeous charcoal drawings  in a range of prints and cards to sell at markets later in the year. I’m collaborating with him on something for the display on my stand at Finders Keepers in Brisbane too, which I am really excited about.